Let us begin at the end with the Destruction of ancient Jerusalem by the Romans in 70 AD:

“Caesar (Emperor Vespasian) gave orders (to his son Titus) that (the Roman army) should now demolish the entire city and Temple….(Jerusalem) was so thoroughly laid even with the ground by those that dug it up to the foundation, that there was left nothing to make those that came there believe (the city) had ever been inhabited….Nor had anyone who had known (Jerusalem) before, had come on a sudden to it now, would he have known it again.” The Jew Josephus who was there at the End (37-100 AD), Wars of the Jews 7.1.1

22 minute historical description of the Destruction of Jerusalem

Agrippa II (27—100 AD) was the Herod, the last of the Herods as it turned out, to have any regal claim on what came to be called the Holy Land. We read a lot of this Herod in the Bible in Acts 26. Both “Agrippa” and “Herod” are not Jewish names. “Agrippa” is a Roman name and “Herod” is a Greek name. This Herod, Agrippa II, son of Agrippa I, was the Herod who openly aligned himself with the Romans in the years 66-70 when Jerusalem and the ancient Jewish civilization were fighting for their very existence. Agrippa II even gave his small army as an auxiliary force to the Romans during the Battle for Jerusalem. In the 67 AD Battle for Gamala (today Gamla in the Golan Heights) Agrippa II and his army personally fought against the Jews side by side with the Roman General Vespasian and his forces.

Why, one asks, would an heir of the Herod family who had been rulers of the Jews for over one hundred years arm himself and fight against “his own people?”

All the Herods always aligned themselves with Rome for the obvious reason that Rome was the genesis and the axis of their original and continuing power. But an answer seldom given to the question is: The Jews were not really “their people.” The Herods were originally Arabs and down through the generations, Arab blood, not Jewish blood, was prominent in them. None of the Herods from Antipater (died 43 BC), the Arab Idumean who founded the dynasty, to Agrippa II who ended the dynasty were Jews in blood or in loyalty. 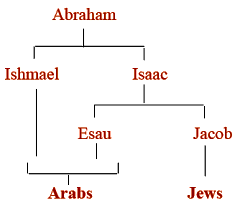 Some of the Herods had a tinge of Jewish blood in them but most of them had predominantly Arab blood. And that ancient enmity between Abraham’s two sons, Isaac/Jacob (progenitors of the Jews) and Ishmael/ Esau (progenitors of the Arabs) was always there in the DNA—even to this very day. Even though the descendants of Ismael/Esau were kings of the descendants of Isaac/Jacob, they were not “the Jews’ people.”

Antipater, a Roman name, who founded the Herodian dynasty became the first governor of Judea in 47 BC. He was an Idumean Arab by birth and his wife, Cypros, was a Nabatean Arab. Their son, Herod the Great who had many wives, was the full Arab son of Antipater and Cypros. Herod the Great had three sons:

Herod’s son Philip the Tetrach’s mother was Cleopatra of Jerusalem. Little is known of her parents. Some say she was the daughter of a Jewish nobleman. If that is so, Philip was half-Arab and half-Jew. Most think Cleopatra was of Phoenician or any heritage other than Jewish because Jews never gave their daughters Greek names and “Cleopatra” (meaning ”glory of the father”) is a Greek name. Jews usually named their daughters and sons after dead members in their own Jewish families. If Philip’s mother was not Jewish, then Philip would have been half-Arab and half-Gentile.

The father of Agrippa I, Aristobulus, was half-Arab from his father Herod the Great and half-Jew from his mother Mariamne I. Aristobulus in turn married Berenice, the full Arab daughter of Herod the Great’s sister Salome. So their son, Agrippa I, was three-quarters Arab and one-quarter Jew.

The only fully Jewish woman that any of the Herod rulers ever married was Mariamne I, Herod the Great’s second wife whom Herod murdered. 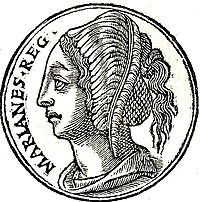 When Herod still loved and was obsessed with Marianne, he had a coin minted with her profile on it.

On both sides of her family Mariamne was a Hasmonean Jew, meaning a descendant of the powerful Jewish Maccabees/Hasmoneans who reigned as rulers and priests over Jerusalem and the Jews from c. 164 BC–63 BC when the Seleucid Empire was dissolving. The Hasmonean’s internecine fighting for power brought in the Romans.

The Roman General Pompey took Jerusalem and the whole area in 63 BC and the Jews and their lands became a client state of the Roman Empire. Ironically, Agrippa I and II were only given any legitimacy as rulers of the Jews because of their tinge of Jewish Hasmonean blood from this murdered Mariamne and the fact they were descendants of the Arab, Herod the Great. 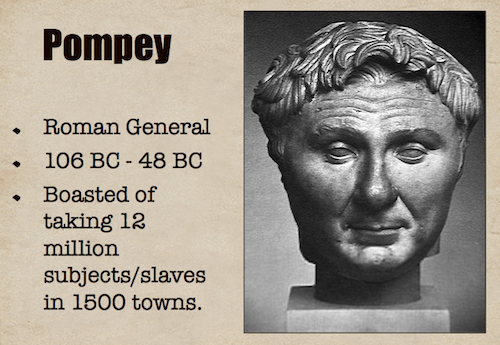 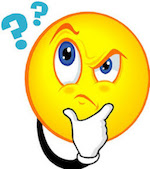 The author realizes that some of the former paragraphs will only be studied or perused by those who are drawn to such genealogical minutiae, but the genealogy and blood-lines do make the point that the Herods were not Jews. They were predominately Arabs who ruled Jews under the aegis of Rome.—Sandra Sweeny Silver 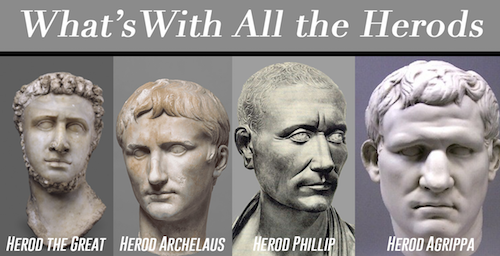