‘Does Job fear God for nothing?’ Satan replied. ‘Have you not put a hedge around him and his household and everything he has? You have blessed the work of his hands, so that his flocks and herds are spread throughout the land. But now stretch out your hand and strike everything he has, and he will surely curse you to your face.’

The Lord said to Satan, ‘Very well, then, everything he has is in your power, but on the man himself do not lay a finger.’ Then Satan went out from the presence of the Lord.” Job 1:1; 8-9

Satan took away by various means all of Job’s physical assets: his oxen, his donkeys.,his sheep, his camels and all of his servants. Then Satan had all of Job’s sons and daughters killed when a wind storm brought down the house of his oldest son where they were all feasting and drinking wine.

Job had not only all his wealth destroyed, but his precious sons and daughters were killed. Job had nothing left, but he still did not curse God:

“At this, Job got up and tore his robe and shaved his head. Then he fell to the ground in worship and said:

‘Naked I came from my mother’s womb, and naked I will depart. The Lord gave and the Lord has taken away; may the name of the Lord be praised.’

Satan next afflicted Job’s own body with bloody, visible and agonizing boils.

Three friends came to “comfort” Job and gave explanations why God would let all these sudden catastrophes happen to Job. They emphasized Job must have sinned greatly against God.

But Job kept pleading his own ”righteousness” before God over and over again.

“Teach me, and I will be quiet;
show me where I have been wrong….
Would I lie to your face?….
Relent, do not be unjust;
reconsider, for my integrity is at stake.
Is there any wickedness on my lips?
Can my mouth not discern malice?”Job 6:24-30

Job knows he is a a”just man” before God in spite of the evils his friends claimed he must have done.

“ But he knows the way that I take;
when he has tested me, I will come forth as gold.
My feet have closely followed his steps;
I have kept to his way without turning aside.
I have not departed from the commands of his lips;
I have treasured the words of his mouth more than my daily bread.” Job 23:10-12

“As surely as God lives, who has denied me justice,
the Almighty, who has made my life bitter,
as long as I have life within me,
the breath of God in my nostrils,
my lips will not say anything wicked,
and my tongue will not utter lies.
I will never admit you are in the right;
till I die, I will not deny my integrity.
I will maintain my innocence and never let go of it;
my conscience will not reproach me as long as I live.” Job 27:2—6

So Job’s friends gave up trying to give reasons for Job’s sufferings because Job had rebutted all their explanations that there had to be something wrong in his life. Job knew in his bones that he was a righteous man before Gold.

“So these three men stopped answering Job, because he was righteous in his own eyes.” Job 32:1

What happens next in this story is God Himself weighs in on Job’s plight. God asserts in no uncertain terms Who He Is and questions Job’s knowledge of Who He Really Is:

Then the Lord spoke to Job out of the storm. He said:

“Who is this that obscures my plans
with words without knowledge?
Brace yourself like a man; I will question you (Job), and you shall answer me (God).

“Where were you when I laid the earth’s foundation?Tell me, if you understand. Who marked off its dimensions? Surely you know! Who stretched a measuring line across it?On what were its footings set, or who laid its cornerstone—while the morning stars sang together and all the angels shouted for joy?

“Who shut up the sea behind doors
when it burst forth from the womb,
when I made the clouds its garment
and wrapped it in thick darkness….

“Have you journeyed to the springs of the sea
or walked in the recesses of the deep?
….Tell me, if you know all this.

“What is the way to the abode of light?
And where does darkness reside?
Can you take them to their places?
Do you know the paths to their dwellings?
Surely you know, for you were already born!
You have lived so many years!

“Can you bind the chains of the Pleiades? Can you loosen Orion’s belt? Can you bring forth the constellations in their seasons or lead out the Bear with its cubs? Do you know the laws of the heavens? Can you set up God’s dominion over the earth?” Job 38:1-33

Job is converted from a “righteous man,” a “man who relies on his own morality and goodness” to “a man who has actually seen and experienced God in his life.”

Then Job replied to the Lord:

“‘I know that you can do all things;
no purpose of yours can be thwarted.
You asked, ‘Who is this that obscures my plans without knowledge?’
Surely I spoke of things I did not understand,
things too wonderful for me to know.

You said, ‘Listen now, and I will speak;
I will question you,
and you shall answer me.’
My ears had heard of you
but now my eyes have seen you.
Therefore I despise myself
and repent in dust and ashes.’” Job 42:1-6

Job is a man who has lived a good and moral life, knows it and relies on his own “goodness” to get him “into heaven” or for “after-life rewards.” But living a good and moral life is not what God requires. God wants the “good, moral” man or “the sinful and-knows-it man” to SEE Him, to have a personal relationship with Him. Job had “heard” of God. “But now Job”s “eyes have seen” Him.

Having now a relationship with his God, Job despises himself and his “righteousness” and “repents” meaning” feels or expresses sincere regret or remorse about one’s wrongdoing or sin.”

The end of the story is:

“The Lord blessed the latter part of Job’s life more than the former part. He had fourteen thousand sheep, six thousand camels, a thousand yoke of oxen and a thousand donkeys. And he also had seven sons and three daughters. The first daughter he named Jemimah, the second Keziah and the third Keren-Happuch. Nowhere in all the land were there found women as beautiful as Job’s daughters, and their father granted them an inheritance along with their brothers.

After this, Job lived a hundred and forty years; he saw his children and their children to the fourth generation. And so Job died, an old man and full of years.” Job 42:12-16

”All’s well that ends well” is NOT the moral of this story. It is that God is Supreme Creator and man is in all ways always a sinner in need of God’s forgiveness and needs a RELATIONSHIP with his Creator. Being a good, righteous person is not enough for Father God. He wants man to acknowledge Him as Creator and to enter into a Father/son relationship with Him. He wants Man to KNOW HIM.—Article by Sandra Sweeny Silver 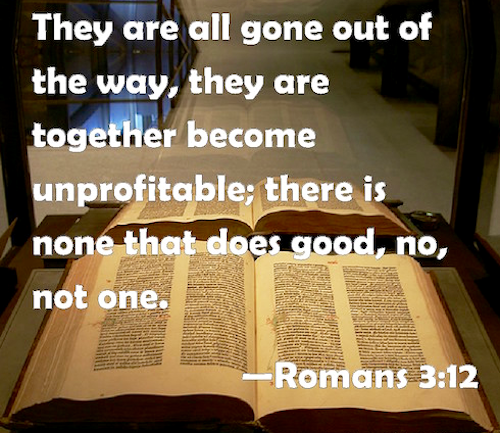