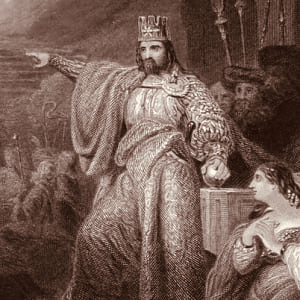 34 ‘At the end of that time, I, Nebuchadnezzar, raised my eyes toward heaven, and my sanity was restored. Then I praised the Most High; I honored and glorified him who lives forever.

37 ….Now I, Nebuchadnezzar, praise and exalt and glorify the King of heaven, because everything he does is right and all his ways are just. And those who walk in pride he is able to humble.’” Daniel 4:5-37

All significant ancient cities and regimes kept impeccable records of their rulers, their trading partners, highways they built, the cost of all government businesses, etc.

There is no Babylonian record of any government activity in Babylon in the 7 years between 582—575 BC—“seven times will pass by you.” 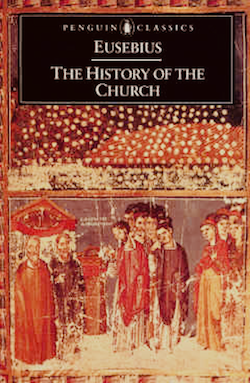 The first Christian Historian, the invaluable Eusebius, ( 265—339 AD) over 1,00 years later in his Praeparatio 9.41, also, wrote of Nebuchadnezzar:

“It is moreover related by the Chaldeans (Babylonians), that as he (Nebuchadnezzar) went up into his palace he was possessed by some god; and he cried out and said:

“Oh Babylonians, I, Nabûcodrosorus, foretell to you a calamity which must shortly come to pass, which neither Belus my ancestor, nor Queen Beltis, have power to persuade the Fates to avert. A Persian mule shall come, and by the assistance of your gods shall impose upon you the yoke of slavery; the author of which shall be a Mede, in whom the Assyrians glory.

O would that before he gave up my citizens some Charybdis or sea might swallow him up utterly out of sight; or that, turning in other directions, he might be carried across the desert, where there are neither cities nor foot of man, but where wild beasts have pasture and birds their haunts, that he might wander alone among rocks and ravines; and that, before he took such thoughts into his mind, I myself had found a better end.” He after uttering this prediction had immediately disappeared, and his son Amil-marudokos became king.’”

There is in modern medicine and psychology an illness named zoanthropy:

“Clinical zoanthropy is a rare delusion in which a person believes himself or herself to be an animal (Blom, 2013). In the English translation of his review of the international scientific literature from 1850 onward, Blom (2014) found only 56 cases of clinical zoanthropy. Approximately 25% of the patients in these cases were diagnosed with schizophrenia, 23% with psychotic depression, and about 20% with bipolar disorder. The patients consisted of 34 men and 22 women, whose symptoms lasted anywhere from a single hour to decades.” William F. Doverspike, Ph.D.

Zooanthropy can be divided into two classes:

Lycanthropy—thinking and acting like a wolf which could be the origin of mythological vampires and werewolves.

This writer believes from internal sources in the Bible and external sources in history that Nebuchadnezzar’s strange behavior is now called “boanthropy, thinking and acting like a cow or ox.”

The fact that from 1850 until the present day there have been only 56 cases of this form of zooanthropy is/was a unique and very rare disease. Nebuchadnezzar was in his time the Ruler of Rulers in the world and is still known as the the Great Builder of the Hanging Gardens of Babylon, ranked one of the 7 wonders of the ancient world….But his pride took him down to his knees before the living God.—Sandra Sweeny Silver