“Lament” comes from the Latin word lamentari meaning “to weep, wail, moan.” The Oxford English Dictionary defines the word as “express one’s deep grief about.” Since time immemorial people have lamented over a loved one’s death and the destruction of something, like a city which has been destroyed. The destruction of a city either by natural forces or, most of the time by opposing forces, is well-represented in ancient literature.

One of the cities in the very ancient world was Ur (meaning “moon god, light”)  mentioned in the Bible as the birthplace of Abraham. Abraham’s date is c. 2000 BC.

“Terah (Abraham’s father) took Abram his son and Lot the son of Haran, his grandson, and Sarai his daughter-in-law, his son Abram’s wife, and they went forth together from Ur of the Chaldeans to go into the land of Canaan, but when they came to Haran, they settled there.” Genesis 11:31

Perhaps the King Ur-Nammu was ruling in Ur during Abraham’s mother’s and father’s times?

The destruction of the city of Ur in c. 2000 BC by the Elamites (Old Elamite period c. 2700 – c. 1500 BC) made a huge impression on the surrounding world at that time. Ur had already existed for several thousand years and was the trade and cultural center in the Mesopotamian world.

An anonymous poet wrote a lament in eleven songs recounting the terrible events which took place during and after the fall of their beloved city of Ur:

“The country’s blood pools like bronze or lead; Its dead melt of themselves like fat in the sun; Its men laid low by the axe, no helmet protects them; Like a gazelle taken in a trap they lie, mouth in the dust…

The mothers and fathers who go not out of their houses are covered in fire; The children in their mother’s lap, like fishes are borne away by the waters…May this disaster be utterly undone! Like the great barrier of the night, may the door be shut upon it!…”

The Book of Lamentations in the Old Testament is a collection of poetic laments written by the prophet Jeremiah with words given to him from the Lord. It concerns the coming destruction of Jerusalem in 586 BC by the Babylonians. Jeremiah was constantly telling those in Judah and in the city of Jerusalem who had turned against their God that He was going to punish them if they did not repent: 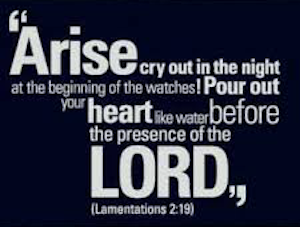 “This is what the LORD says: “Behold, an army is coming from the land of the north; a great nation is stirred up from the ends of the earth. They grasp the bow and spear; they are cruel and merciless. Their voice roars like the sea, and they ride upon horses, lined up like men in formation against you, O Daughter of Zion.” We have heard the report; our hands hang limp. Anguish has gripped us, pain like that of a woman in labor.

Do not go out to the fields; do not walk the road. For the enemy has a sword; terror is on every side. O daughter of my people, dress yourselves in sackcloth and roll in ashes. Mourn with bitter wailing, as you would for an only son, for suddenly the destroyer will come upon us.” Lamentations 6:22-26

Jeremiah never quit proclaiming aloud to the people and to their rulers that extreme danger is about to come upon Jerusalem and Judah—even after Nebuchadnezzar, King of Babylon, had begun his rampage.

“Zedekiah son of Josiah was made king of Judah by Nebuchadnezzar king of Babylon; he reigned in place of Jehoiachin son of Jehoiakim.  Neither he nor his attendants nor the people of the land paid any attention to the words the Lord had spoken through Jeremiah the prophet.” Lamentations 37:1,2

Jeremiah, also, tried to alert the Jews who lived in Egypt about the destruction of Jerusalem as a cautionary tale for their own spiritual lives.

“This word came to Jeremiah concerning all the Jews living in Lower Egypt—in Migdol, Tahpanhes and Memphis—and in Upper Egypt: 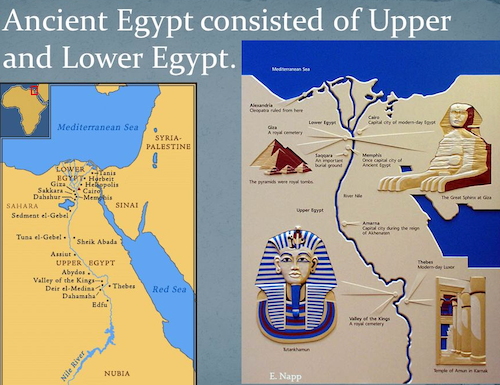 “This is what the Lord Almighty, the God of Israel, says: You saw the great disaster I brought on Jerusalem and on all the towns of Judah. Today they lie deserted and in ruins  because of the evil they have done. They aroused my anger by burning incense to and worshiping other gods that neither they nor you nor your ancestors ever knew.  Again and again I sent my servants the prophets, who said, ‘Do not do this detestable thing that I hate!’  But they did not listen or pay attention; they did not turn from their wickedness or stop burning incense to other gods. Therefore, my fierce anger was poured out; it raged against the towns of Judah and the streets of Jerusalem and made them the desolate ruins they are today.” Lamentations 44:1-5

May we c. 2,500 years after Jeremiah’s Lamentations heed the prophet’s words. 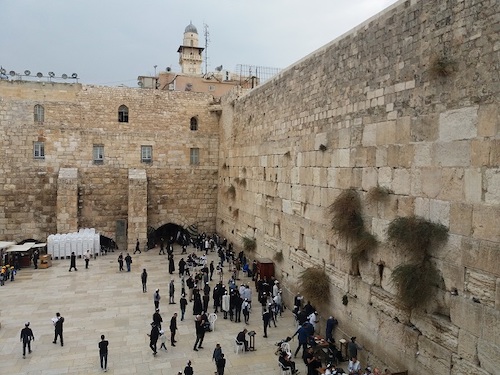 The Wailing Wall in Jerusalem (above) is part of the western wall which supported Herod the Great’s Temple. The first Temple was built by Solomon in c. 900 AD and remained until its destruction by the Babylonians in c. 586 BC. Hundreds of years later in 37 BC Herod the Great Builder enlarged the Temple Mount and rebuilt the Second Temple. The Romans destroyed that Temple in 70 AD when they conquered Jerusalem. The building of the third Temple is  the dream of some Jews and Christians. Some Jews and Gentiles go to the Wailing Wall to “lament” the destruction of Herod’s Temple by the Romans in 70 AD.—Sandra Sweeny Silver