The gods and goddesses of the pagan world required rote outward acts of animal and human sacrifices and complicated rituals in order to curry their favor or pacify their quixotic behavior. The essence of pagan religion is what the Romans called do ut des, “I give that you may give.” It was built on reciprocity between man and god. Man gave the god or gods something and the god or gods gave him back something. The pagan did not have to think about righteousness or the integrity of his thoughts, his words or his deeds. There were no injunctions in those areas, no encouragements or commandments directed inward, only outward acts and practices.

The Christian God was just the opposite. He directed all actions, words and deeds inward to the heart and mind: “”The kingdom of God does not come with your careful observation, nor will people say, ‘Here it is’ or ‘there it is,’ because the kingdom of God is within you.” (Luke 17:20, 21) 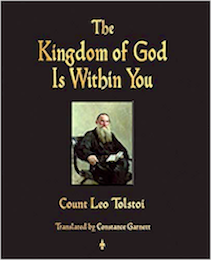 The Christian God bid His followers to think and to dwell on only good thoughts: “Finally, brothers whatever is true, whatever is noble, whatever is right, whatever is pure, whatever is lovely, whatever is admirable—if anything is excellent or praiseworthy—think about such things.” (Philippians 4:8) The Christian God knew that most of man’s life is lived internally, lived inside himself. Man lives inside out and not outside in. That was the reason Jesus said when talking about prohibited foods, “It is not what goes into a man’s mouth that defiles him, but what comes out of him.” (KJV Matthew 15:11) The pagan gods recognized only the physical life and outward acts of man.

The Christian’s King Jesus required different minds and hearts than existed in that ancient Roman time. In His Sermon on the Mount, He said revolutionary things: He said a person was blessed if she/he was “poor in spirit” or “was mourning” or was “meek, docile” or “persecuted because of righteousness.” (Matthew 5:3-10) He pronounced judgment on inward feelings as well as outward idle words and actions: 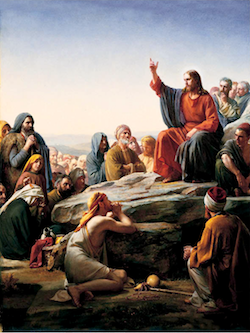 Jesus intimidated when He said: “You have heard that it was said (in the Ten Commandments), ‘Do not commit adultery.’ But I tell you that anyone who looks at a woman lustfully has already committed adultery with her in his heart.” (Matthew 5:27, 28)

He commanded His followers: “Do not resist an evil person. If someone strikes you on the right cheek, turn to him the other also. And if someone wants to sue you and take your tunic, let him have your cloak as well.” Matthew 5:39, 40

Most revolutionary to the pagan world of tribes and loyalties was Jesus’ command to “Love your enemies:” “You have heard that it was said, ‘Love your neighbor and hate your enemy.’ But I tell you: Love your enemies and pray for those who persecute you, that you may be sons of your Father in heaven….If you love those who love you, what reward will you get?…And if you greet only your brothers, what are you doing more than others? Do not even pagans do that? Be perfect, therefore, as your heavenly Father is perfect.” Matthew 5:43, 46-48

It was clear from the counter-cultural and counter-intuitive New Testament teachings that the Christian’s God was out to change the minds and hearts of the world. The perfection of behavior He demanded could only be achieved by a new mental and spiritual way of looking at man and his world, a conversion, by an overhaul, a serious cleansing of the the intellectual, cultural, political and moral mind and heart, the whole zeitgeist, of paganism.

Under paganism, religion was something man did for the gods. Some sacrificed their children to the god Moloch so he would give them…whatever. 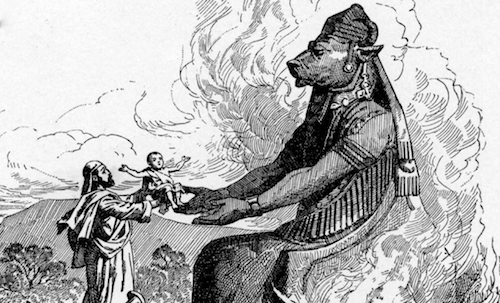 The Christian message proclaimed what God had done for man. Man was so puny, so self-full and so sin-full that there was nothing he could give to or do for his Creator. God, the Christians said, had showered something called “grace” on man. Christian “grace” was “unearned, unmerited mercy.” They said the one and only God had sent His Son, a man named Jesus, to die a bloody death on a cross in Judea, to be the final sacrifice for the sin-full-ness of man. One of their Scriptures written in c. 60-69 said: “He did not enter by means of the blood of goats and calves; but he entered the Most Holy Place once and for all by his own blood, having obtained eternal redemption.” (Hebrews 9:12) Christians claimed this long-predicted Sin-Bearer/Messiah had resurrected from the dead, validating all He had said about Himself and all the ancient Scriptures had written of Him. 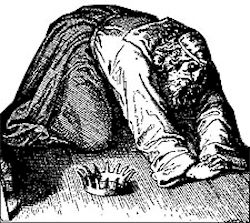 The consciousness of individual sin and the sense of shame and guilt, so long repressed by paganism, cracked out of its stony cocoon in the 1st century AD. Men, women and children everywhere were embracing this Savior, repenting of their sins, being baptized, were telling others about Him and were, as it turned out, willing to die for Him. Jesus had predicted that after He was gone, the world would be convicted of individual sin:

“I tell you the truth: It is for your good that I am going away. Unless I go away, the Counselor (Holy Spirit) will not come to you; but if I go, I will send him to you. When he comes, he will convict the world of guilt in regard to sin and righteousness and judgment.” John 16:7,8

Rome’s rulers intuited, and they were dead-right, that this message, this Redeemer, this so-called Sin-Bearer, this man born at just the right time would eventually erode and assume the Roman Empire if something was not done.

The final Battle between the Christian Constantine’s troops and the pagan troops took place at the Milvian Bridge. Constantine won and Christians got their freedom to worship.— Sandra Sweeny Silver 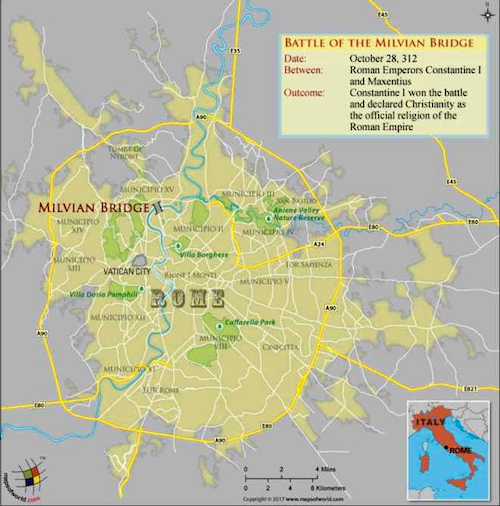