Abortion was practiced on a regular basis among the poor, slave, merchant and royal classes. To ancient peoples and the Romans an abortion was amoral. There was nothing in Roman law or in the Roman heart that said, “It is wrong to kill your baby in the womb.” Tertullian, the early Christian apologist, describes how doctors of the time performed abortions:

“Among surgeons’ tools there is a certain instrument which is formed with a nicely-adjusted flexible frame for opening the uterus first of all and keeping it open. It is further furnished with an annular blade by means of which the limbs of the child within the womb are dissected with anxious but unfaltering care…

…its last appendage being a blunted or covered hook, wherewith the entire fetus is extracted by violent delivery…

….There is also (another instrument in the shape of) a spike, by which the actual death is managed in this furtive robbery of life. They give it, from its infanticide function, the name of embruosphaktes meaning ‘the slayer of the infant’ which of course was alive.” A Treatise on the Soul 25

Romans agreed with the Greek view of abortion. Some of the most eminent and respected Greek philosophers encouraged and condoned abortion. Aristotle (384-322 BC) encouraged abortion because he feared population explosion. But in the days of Caesar Augustus (27 BC-14 AD), he knew by censuses that the population of Romans in the world was declining. He had tried to curb lax morals and encourage marriages by implementing in 18 BC a law making adultery a crime and 27 years later in 9 AD he enacted Lex Papia Poppaea to promote and reward marriage because the number of Roman men who were unmarried was greater than the number of married men. He blamed the low birth rate on abortion, homosexuals and on men who preferred the licentiousness of the single life to the responsibilities of married life and children. As Caesar, Augustus saw lax morals and low birthrate as threats to the Roman State. He publicly addressed this problem in the Forum.

Augustus praised the married men for: “…helping to replenish the fatherland….For is there anything better than a wife who is chaste, domestic, a good house-keeper, a rearer of children; one to gladden you in health, to tend you in sickness, to be your partner in good fortune….And is it not a delight to acknowledge a child who shows the endowments of both parents, to nurture and educate it at once the physical and spiritual image of yourself so that in its growth another self lives again?….I love you and praise you… 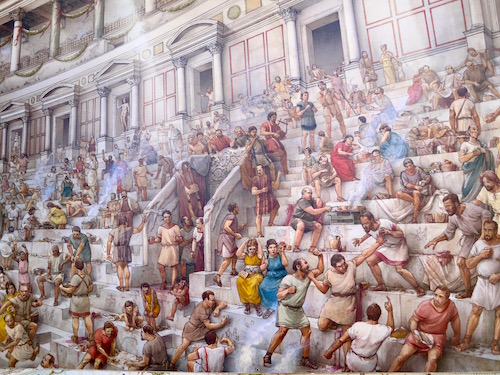 …he then went over to the other crowd (of unmarried men)…. O, what shall I call you? Men? But you are not performing any of the offices of men. Citizens? But for all that you are doing, the city is perishing. Romans? But you are undertaking to blot out this name altogether….you are bent on annihilating our entire race and…upon destroying and bringing to an end the entire Roman nation….you are committing murder in not begetting in the first place those who ought to be your descendants….Moreover, you are destroying the State by disobeying its laws and you are betraying your country by rendering her barren and childless….For it is human beings that constitute a city…not houses or porticos or market-places empty of men.” Cassius Dio (155—235 AD), Roman History 56.1-5

In the 1st century AD Emperor Augustus, thinking strategically, saw Rome’s corrupt morals and low birth rate as threatening the defense and sustainability of the Roman State. But c. 300 years earlier Aristotle had been worried about the danger to the Greek State of too many children.

About 1,800 years before Caesar Augustus, an Egyptian Pharaoh had ordered the killing of all the male babies of his Jewish slaves because he feared an army of slaves rising up against him or an army of slaves leaving their country:

“…the Israelite (slaves) were exceedingly fruitful; they multiplied greatly, increased in numbers and became so numerous that (Egypt) was filled with them. Then a new king…came to power in Egypt. ‘Look,’ he said to his people, ‘the Israelites have become far too numerous for us. Come, we must deal shrewdly with them or they will become even more numerous and, if war breaks out, will join our enemies, fight against us and leave the country.’ The king of Egypt said to the Hebrew midwives, whose names were Shiphrah and Puah, ‘When you are helping the Hebrew women during childbirth on the delivery stool, if you see that the baby is a boy, kill him; but if it is a girl, let her live.’ The midwives, however, feared God and did not do what the king of Egypt had told them to do; they let the boys live. Then the king of Egypt summoned the midwives and asked them, ‘Why have you done this? Why have you let the boys live?’ The midwives answered Pharaoh, ‘Hebrew women are not like Egyptian women; they are vigorous and give birth before the midwives arrive.’ So God was kind to the midwives and the (Israelites) increased and became even more numerous. And because the midwives feared God, he gave them families of their own. Then Pharaoh gave this order to all his people: ‘Every Hebrew boy that is born you must throw into the Nile, but let every girl live.’” Exodus1:7-22

The Hebrew boy, in the Nile River bobbing in a basket cradle, who survived this edict was Moses who became one of the most famous and influential men in all of human history. 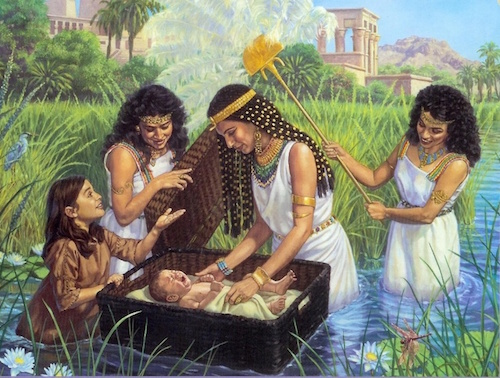 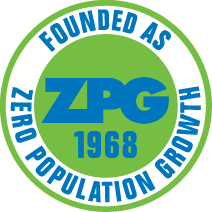 The Egyptian, Greek and Roman cultures blamed their ills upon the proliferation of children or the dearth of children. In The Republic 461a-461c Plato argues that in the ideal state governed by Philosopher Kings, women should be forced to have an abortion when the city-state becomes too populous. Zero Population Growth (ZPG—-1968) and China’s One Child Policy (1979) promote the same doctrine in our modern world.

The pagan practice of abortion bolstered by the idea of the primacy of the State over individual liberties is deeply engrained in all heathen cultures.

But as with all generalities, there are always exceptions. It is enigmatic to find Ovid, the ultimate ancient roué, despoiler of women and libertine of love, not only against abortion but wishing that his mistress who had just attempted an abortion had died in the process:

“She who first essayed to expel from her womb the tender fruit she bore therein, deserved to perish in the struggle she had invited….If in the childhood of the world mothers had followed this wicked custom, the human race would have vanished from the  face of the earth….Who would have overthrown the kingdom of Priam (Troy) if Thetis, goddess of the seas, had not been willing to bear her fruit until the term allotted by nature? If Ilia had smothered the twins she bore within her (Romulus and Remus), the founder of the ruling city of the world (Rome) would never have been born. If Venus had slain Aeneas in the womb, the earth would have been bereft of Caesars. And thou (Ovid’s mistress), who was born so fair, would have perished had thy mother done that act thou has just tried….Why with cruel hand tear away the fruit ere it be ripe?….let it increase at will; to bring new life into the world is meet reward for a few months of patience….O women, why will you desecrate your entrails with the instruments of death? Why offer dread poisons to infants yet unborn?….The Armenian tigresses behave not thus, nor dares the lioness destroy an offspring of her own….Many a time she slays herself who slays her offspring in the womb. She dies herself and with disheveled hair is born away upon her bed of anguish, and all who see her cry, ‘Well was her doom deserved.’” The Loves 2.14

In our modern Judeo-Christian Western culture even the most fervent Anti-Abortionists would never wish any woman dead from an abortion. What to make of pagan Ovid whose name is forever linked to promiscuity and licentiousness.

The early Christian apologist Minucius Felix (c. 150-270), indicting the Roman gods writes: “I see that you expose your children to wild beasts and to the birds… and that you crush (them) when strangled with a miserable kind of death….those things assuredly come down from your gods….Saturn (aka Greek Kronos) did not expose his children but devoured them.” Octavius 30

Against the grain of the pagan world, the Jewish-Christian God and teachings stood strongly against both abortion and infanticide:

“You must not worship the Lord your God in their (pagan) way, because in worshiping their gods, they do all kinds of detestable things the Lord hates. They even burn their sons and daughters in the fire as sacrifices to their gods.” Deuteronomy 12:31 (c. 1450 BC)

“The (Mosaic) law, moreover, enjoins us to bring up all our offspring and forbids women to cause abortion of what is begotten or to destroy it afterward; and if any woman appears to have so done, she will be a murderer of her child by destroying a living creature and diminishing human kind.” Josephus, Against Apion 2.25 (c. 80 AD)

“The embryo therefore becomes a human being in the womb from the moment that its form is completed. The law of Moses, indeed, punishes with due penalties the man who shall cause abortion, inasmuch as there exists already the rudiment of a human being which has imputed to it even now the condition of life and death, since it is already liable to the issues of both, although, by living still in the mother, it for the most part shares its own state with the mother.” Tertullian, A Treatise on the Soul 37 (c. 200 AD)

“If men fight and hurt a woman with child so that she gives birth prematurely, yet no harm follow, he shall surely be punished accordingly as the woman’s husband imposes on him; and he shall pay as the judges determine. But if any harm follows (the death of mother or child), then you shall give life for life.” Exodus 21:22, 23

Abortion and infanticide were outlawed after the age of the Christian Emperor Constantine from c. 313–337 AD. Customs and practices associated with their pagan gods and goddesses that had been common for thousands of years were declared immoral and legally wrong.—Sandra Sweeny Silver