Don’t you just hate the Second Law of Thermodynamics? It messes everything up.

I have many friends who are gardeners. When they were in their thirties (often the decade one becomes interested in gardening), they dug and planted and re-dug and double dug and transplanted and lugged and plugged and did all the heavy work themselves. As their forties and fifties and sixties and seventies relentlessly arrived, they found their knees hurt, their backs broke, their hands cramped, their legs gave out. That’s one of the things the Second Law of Thermodynamics means: systems change.

The Second Law of Thermodynamics states that any closed system such as our world or a body or a garden has a growing tendency toward disorder at the price of order. You can see how this Law invades every area of our lives, environments and minds. Those bodies that begin creeping toward disorder don’t work as well as when they were more ordered. This relentless crawl toward disorder is called “entropy.”

So instead of saying, “The reason I have a garden helper now is because my knees are gone,” you could save your pride and say, “Mary complements my entropic tendencies.”

As I see it, entropy is just the result of Original Sin. In the Garden of Eden where it ALL began everything was perfect. There were no thorns or thistles and Adam and Eve were meant to live forever. Along came Serpent Satan and beguiled Eve with the possibility of knowledge.  She offered the fruit to Adam and he took it immediately. That’s always bothered me. How fast Adam fell! He didn’t give any objections like Eve did. Eve said to the Serpent, “But God said we’d die if we ate of the fruit of that tree.” She, at least, put up some arguments. The Bible says, and I believe it, that she gave the fruit to Adam and “he ate.” (Genesis 3:6) Just like that. No protestations. “He ate.” So that First Couple forfeited Eden and eternal physical life and plunged us all into entropy. Death entered and with it the Second Law of Thermodynamics. That Law is associated with the forward movement of Time. And it’s that forward movement of Time that makes you look for those ads in the newspaper which bring Mary into your garden every Tuesday.The Law is at work in our gardens, too. Whether you or you and Mary or professional gardeners tend your garden, very soon the order begins ever so subtly to disintegrate. Your evening primroses have suddenly begun to send up little rosettes one, two or three feet away from where they’re supposed to be blooming their little yellow heads off. Everyone knows that if you plant forget-me-nots in the front of your garden, next year they could be in your kitchen! They have no memory whatsoever. Gooseneck strife and prairie queen and sweet woodruff and violets have no sense of order. They almost define entropy. The day you get your garden just the way you want it—boom! The Second Law of Thermodynamics kicks in.

But it’s not just invasives that cause the disintegration into disorder. A very orderly plant like an iris can cause problems. Go out on a balmy Spring day when the first of your irises is blooming. Oh, the smell! The very sight of this stately, ruffled beauty! You wish you had hundreds of them. But go out a week or two later. The delicate ruffles have collapsed into a brownish, gooey ball that blights the whole area. Even later in the season you’re down on your knees with clippers cutting back the browning spears of leaves. Unsightly. Entropy.  Disorder.

And your prim, orderly roses? They are, hands down, the most entropic of plants. When I first got into gardening, I wanted a modest (12-14 plants) section of roses. I’d sit on my tilting lawn chair and watch them for hours. But I couldn’t just watch them I found out. If I wanted to actually HAVE roses, I had to patrol them. I got a bug catcher for the 1st of July arrival of the Japanese beetles. That didn’t work, so I got a mayonnaise jar. Day after day I’d go from rose to rose scooping the rose-drugged beetles into the jar.  It was almost a full-time job. I had punched holes in the lid to “give the bugs a chance.” They died anyway, of course, because they couldn’t get out. At the end of several weeks I had a jar full of foul-smelling bugs and every morning hundreds more arrived thinking they had found a pristine feeding ground.

That’s when I turned to the deadly sprays. If you read the directions on the side of these insecticides, you know that you are shortening your life by maybe a year or two in order to have a perfect, ordered garden. That year I used the white powder on my prizes right before I left for Cleveland to visit my sister, Tooie. I put a towel around my nose and mouth and gloved my hands, but I was sure the poison had invaded my efforts. I told my three children, “If I seem strange on the trip, have me pull the car over.” Of course, this terrified them all the way to Cleveland. But you do have to take health and super-human risks to stave off entropy. The following year, however, I let the Japanese beetles get their roses, the deer got theirs and there were several left over for me.

But the greatness of gardeners is that even though they know that immutable laws are arrayed against them, they still strive day in and day out for—Beauty.

Against such, there is no law.  Anyway, it’s an immutable truth that:

“He who bends to himself a joy Doth the winged life destroy. But he who kisses the joy as it flies. Lives in eternity’s sunrise.”

BUT I love the earth and what it yields to me/us EVEN though I KNOW, as the Bible says after The FALL: “By the sweat of your brow you will eat your food until you return to the ground, since from it you were taken: for dust you are and to dust you will return.” Genesis 3:19 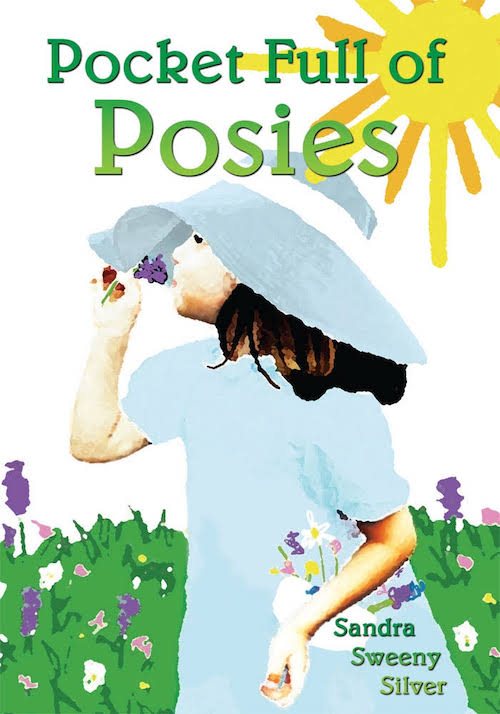