There are three separate clay tablets, dating to c. 2500 BC, found in 1974-75 in the ancient city of Ebla in modern-day Syria. All three have the same quote/hymn on them:

This writing assumes One God created all—a monotheistic idea versus all other ancient cultures which were polytheistic.

Whatever date one believes God created the earth/man and woman/ALL, and even for those who do not know or have never pondered this question or for those who are unbelievers, the Bible states:

“In the beginning God created the heavens and the earth. Now the earth was formless and empty, darkness was over the surface of the deep, and the Spirit of God was hovering over the waters. And God said, “Let there be light,” and there was light. God saw that the light was good, and he separated the light from the darkness. God called the light “day,” and the darkness he called “night.” And there was evening, and there was morning—the first day…. 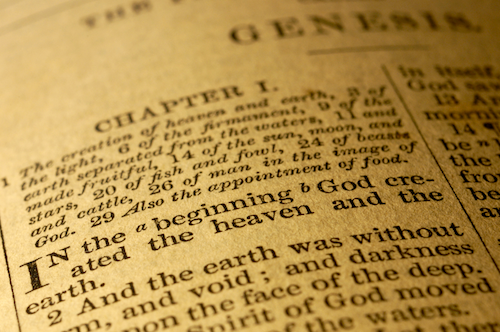 Then God said, “Let us make mankind in our image, in our likeness, so that they may rule over the fish in the sea and the birds in the sky, over the livestock and all the wild animals, and over all the creatures that move along the ground.”

“So God created mankind in his own image, in the image of God he created them; male and female he created them. God blessed them…” Genesis 1:1-5; 26-28

Some scholars in the not-so-recent past had attacked the Pentateuch and, especially, Moses’ authorship of the first 5 books in the Bible. Moses is dated to c.1500 BC and those scholars asserted that “real writing” in the Middle East did not occur until about 1,000 years AFTER Moses. 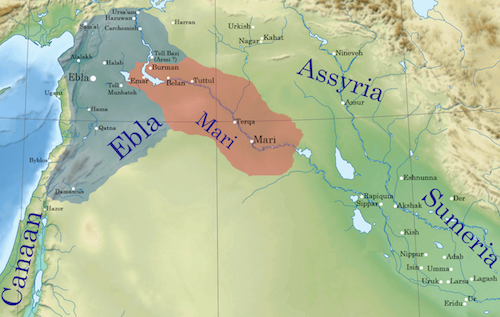 When archaeologists discovered the ancient city of Ebla in 1974-75, they found thousands of clay tablets with inscriptions about exports from and imports into Ebla; about foreign relations and domestic affairs; about diplomacy and cultural affairs; religions and cult information. Elba c. 5,000 years ago was just a city whose officials kept records just like we do today.

The speculators had to repent their view because the sophisticated Ebla tablets PRECEDED Moses by 1,000 years.

Obviously the discovery of Ebla and its Tablets is indication of a wide-spread ancient belief in One God and the Creation Story. There is a link to the Hebrews in much of Ebla’s words and, in particular, personal names not found in other Near Eastern languages. In the Eblaite tablets we see:

In their vocabulary adamu meant “man,” named after the first MAN—Adam. The almost exact same Hebrew word adama means “earth/soil” or as the Bible states In Genesis 3:19 “In the sweat of thy face shalt thou eat bread, till thou return unto the ground; for out of it wast thou taken: for dust thou art, and unto dust shalt thou return.”

Almost all the ancient world believed man was created from the earth as the Bible says in Genesis 2:7 “And the Lord God formed man of the dust of the ground, and breathed into his nostrils the breath of life; and man became a living soul”. 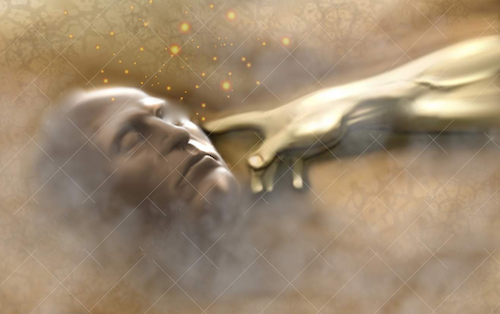 The ancient Egyptians believed that all children were created from clay.

In Chinese myths their god Nuwa created people out of the yellow earth.

The Greeks believed Promethus molded people out of earth and water.

The Sumerians believed two of their gods, Enki and Ninmah, created humans from clay and water.

Even in Hawaii, tradition says the first man was made of muddy water and the first female was taken out of his side.

One can readily see there was a “pre-civilization” TRUTH lodged throughout the ancient world which acknowledged: humans didn’t just get out of an ocean and then became men and women. They were “created by God” as a ruling specie.

The Eblaites of their day in c. 2500 BC KNEW the Hebrew Creation Story.

And man developed languages, a means of inter-communication—many languages. The Eblaites and the Hebrews obviously had a pre-cursor Semitic language yet to be discovered. But it is somewhat astounding the words these ancient civilizations living far apart in space and time had in common—Sandra  Sweeny  Silver 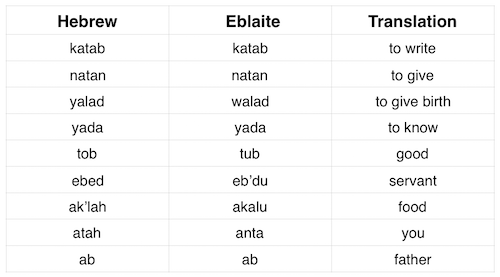