Concurrent with the macro world of the political conflict between the Jews and the Romans the continuing, decades-long conflict in Jerusalem between those Jewish Christians who believed Jesus was the long-awaited Messiah and the priestly class who did not. From the 30‘s through the 50‘s Stephen, the Apostle James, Paul and the other Apostles had suffered under those Jews in ecclesiastical authority who saw the Christian sect as a dangerous heresy.

Jerusalem was the Mother Church and the center of influence for the early Christians in the years leading up to 70 AD when the Romans destroyed Jerusalem. Some of the Apostles and many who had seen and believed in Jesus as their Messiah were still living in Jerusalem. The Bishop (from Greek “episkopos” meaning “overseer, watcher”) of Jerusalem, and the first to be called “Bishop,” was James The Just, Jesus’ brother, who had been appointed by the Apostles.

He was called “Righteousness” and Oblias, in Greek meaning “Bulwark of the People.” James was revered as a good man even by those in the priestly class who did not believe his brother was the Messiah. In order to keep the Nazarene sect from spreading, the priests decided to implore James to denounce his brother publicly before the people. During Passover in c. 62 with tens of thousands of pilgrims in the city:

“…they (the priests) assembled and said to James: “We call on you to restrain the people, since they have gone astray after Jesus believing him to be the Christ. We call on you to persuade all who come for the Passover concerning Jesus, since all of us trust you. We and the entire populace can vouch for the fact that you are righteous and take no one at face value. So do persuade the crowd not to err regarding Jesus….So stand on the parapet of the temple where you can be clearly seen from that height and your words be heard by all the people with all the tribes and Gentiles too who are gathered for the Passover.” So the scribes and Pharisees made James stand on the temple parapet and they shouted to him, “O righteous one, whom we all ought to believe, since the people are going astray after Jesus who was crucified, tell us, what does the door of Jesus mean?” James replied with a loud voice, “Why do you ask me about the Son of Man? He is sitting in heaven at the right hand of the Great Power and he will come on the clouds of heaven.” Many were convinced and rejoiced at James’ testimony crying, “Hosanna to the Son of David.” Then the scribes and Pharisees said to each other, “We made a bad mistake in providing such testimony to Jesus, but let us go up and throw him down so that they will be afraid and not believe him.” And they cried out, “Oh, oh, even the just one has gone astray!”….So they went up and threw down the righteous one. Then they said to each other, “Let us stone James the Just,’” and they began to stone him since the fall had not killed him. But he turned and knelt down, saying, “I implore you, O Lord, God and Father, forgive them. They do not know what they are doing.” While they were pelting him with stones, one of the priests…cried out, “Stop! What are you doing? The righteous one is praying for you.” Then one, a laundryman, took the club that he used to beat out clothes and hit the Just on the head.

“Such was his martyrdom. They buried him on the spot by the temple and his gravestone is still there by the temple (in c. 160). He became a true witness to both Jews and Gentiles that Jesus is the Christ. Shortly after, Vespasian besieged Judea, taking them captive.” Hegesippus, Historia 5 (110-180 AD) 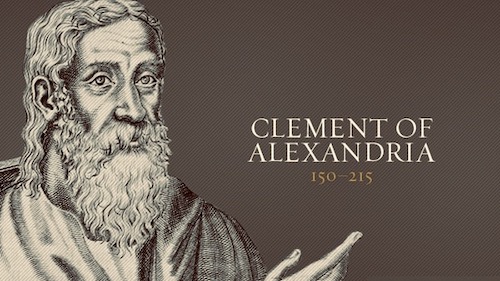 James’ manner of death is attested by Clement of Alexandria (c. 150-c. 215), the Early Church theologian and teacher of Origen:

“…Now there were two Jameses: one, James the Just who was thrown down from the parapet (of the Temple) and beaten to death with a fuller’s club; and the other James (brother of John) who was beheaded.” Outlines 7—Article by Sandra Sweeny Silver