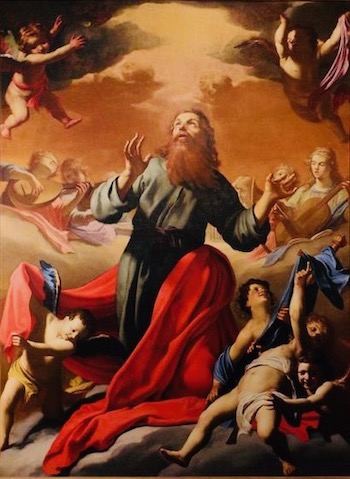 “I (St. Paul)) must go on boasting. Although there is nothing to be gained, I will go on to visions and revelations from the Lord. I know a man in Christ who fourteen years ago was caught up to the third heaven. Whether it was in the body or out of the body I do not know—God knows. And I know that this man—whether in the body or apart from the body I do not know, but God knows—was caught up to paradise and heard inexpressible things, things that no one is permitted to tell. I will boast about a man like that, but I will not boast about myself, except about my weaknesses. Even if I should choose to boast, I would not be a fool, because I would be speaking the truth. But I refrain, so no one will think more of me than is warranted by what I do or say, or because of these surpassingly great revelations. Therefore, in order to keep me from becoming conceited, I was given a thorn in my flesh, a messenger of Satan, to torment me. Three times I pleaded with the Lord to take it away from me. But he said to me, “My grace is sufficient for you, for my power is made perfect in weakness.” Therefore I will boast all the more gladly about my weaknesses, so that Christ’s power may rest on me. That is why, for Christ’s sake, I delight in weaknesses, in insults, in hardships, in persecutions, in difficulties. For when I am weak, then I am strong.”— 2 Corinthians 12

Paul wrote II Corinthians from Macedonia in 55 or 56 AD, roughly a year after writing 1 Corinthians and a year before he wrote his letter to the Romans from Corinth. The word ‘heaven/heavens” refer to different realms in the Bible. Heavens can refer to the sky and the earth’s atmosphere, making it the “first heaven.”

“But the land you are crossing the Jordan to take possession of is a land of mountains and valleys that drinks rain from heaven.” —Deuteronomy 11:11

The word, also, refers to outer space, where the stars and planets are—the “second heaven.”: “When I consider your heavens, the work of your fingers, the moon and the stars, which you have set in place, what is mankind that you are mindful of them, human beings that you care for them?”— Psalm 8:3,4 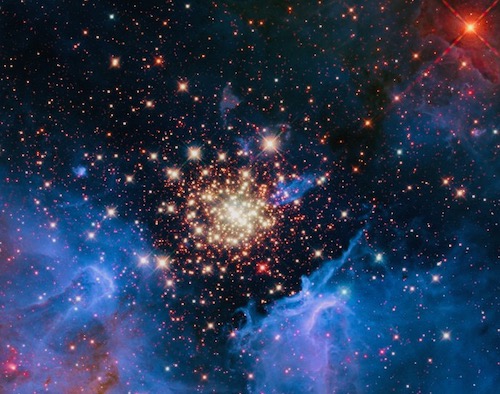 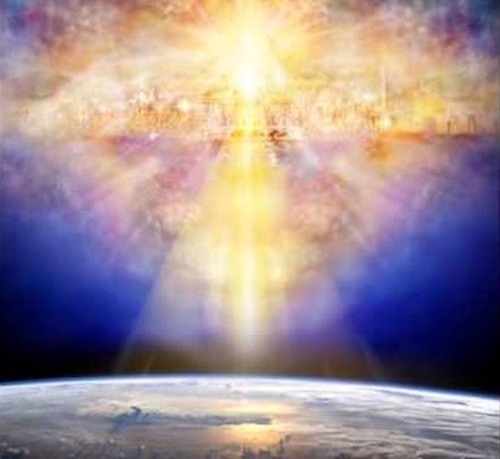 After Paul sees God and all the other revelations in “the Third Heaven,” he likely considered  himself as “very privileged and unique.”  God knew his temptation to boast about all He had allowed for him so “because of these surpassingly great revelations. Therefore, in order to keep me from becoming conceited, I was given a thorn in my flesh, a messenger of Satan, to torment me.”

Paul sought the Lord three times to remove this source of pain from him. He probably had many good reasons why he should be pain-free: he could have a more effective ministry; he could reach more people with the gospel; he could glorify God even more! But the Lord was more concerned with building Paul’s character and preventing pride. Instead of removing the problem, whatever it was, God gave Paul more overwhelming grace and more compensating strength. Paul learned that God’s “power is made perfect in weakness.”

The exact nature of Paul’s thorn in the flesh is uncertain. There is probably a good reason that we don’t know. God likely wanted Paul’s difficulty to be described in general enough terms to apply to any difficulty we may face now. Whether the “thorn” we struggle with today is physical, emotional, or spiritual, we can know that God has a purpose and that His grace is all-sufficient.

It is plausible that Paul’s thorn was residual eye problems from being blinded at conversion. 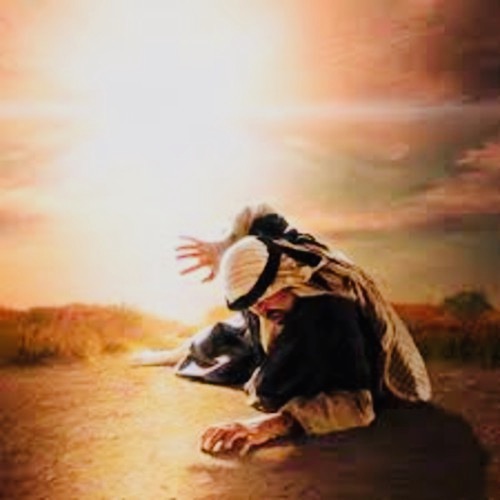 We think Paul seldom wrote with his own hand, likely after his eye disease reached its peak! His huge Epistle to the Romans, by ancient letter standards, was written by another hand, though Paul dictated the words!: “I Tertius, who wrote this epistle, salute you in the Lord.” Romans 16:22

And even here in Galatians, when Paul “signs” this Letter at its end, he is forced to write in very large letters! Again evidence of failing sight!:  “Ye see how large a letter I have written unto you with mine own hand.”—Galatians  6:12

“Where is then the blessedness ye spake of? for I bear you record, that, if it had been possible, ye would have plucked out your own eyes, and have given them to me.”—Galatians 4:15 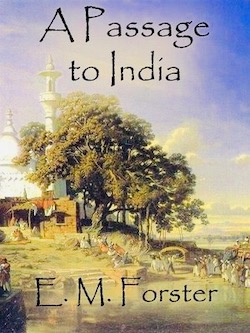 As an example usage, the Oxford English Dictionary cites E. M. Forster’s 1924 novel A Passage to India, in which Nawab Bahadur says, “I can be a thorn in Mr. Turton’s flesh, and if he asks me I accept the invitation.”—Sandra Sweeny Silver