I once saw a poll that asked people what they enjoyed most. The number one answer was: going out to dinner. 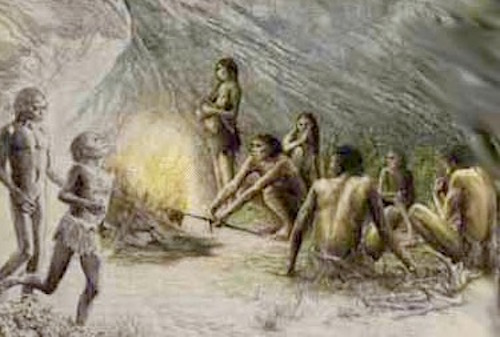 Mankind has had dinner parties ever since the cave men, women and children gathered with their friends around a friendly fire roasting their meats.

The nephew of Pliny the Elder, Pliny the Younger (61-113 AD) loved to give and to go to dinner parties. Pliny was a lawyer and magistrate of Rome, but he is most known as an eyewitness to the eruption of Vesuvius in 79 AD and for the many letters he wrote that have been preserved for 2,000 years. [CLICK  HERE for article on eruption of Mt. Vesuvius.]

Pliny’s letters are valuable because they not only were written to the Emperor and famous historians but because they give us a sharp look at mores in his time. This letter illustrates that whether you wear a three-piece suit and tie or a toga and wreath, people do not change—especially where hurt feelings are concerned.

“How happened it, my friend, that you did not keep your engagement the other night to sup with me? Now take notice, the court is sitting, and you shall fully reimburse me the expense I was at to treat  you which, let me tell you, was no small sum. I had prepared, you must know, a lettuce and three snails apiece; with two eggs, barley water, some sweet wine and snow (the snow most certainly I shall charge to your account, and at a high rate, as it was spoiled in serving). 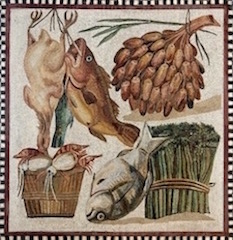 Besides all these curious dishes, there were olives, beets, gourds, shallots, and a hundred other dainties equally sumptuous. You should likewise have been entertained either with an interlude, the rehearsal of a poem, or a piece of music, as you like best; or (such was my liberality) with all three. But the oysters, chitterlings, sea urchins and Spanish dancers of a certain, I know not who, were, it seems, more to your taste. However I shall have my revenge of you depend upon it; in what manner, shall at present be a secret.

In good truth it was not kind thus to mortify your friend, I had almost said yourself; and upon second thoughts I do say so: for how agreeably should we have spent the evening, in laughing, trifling, and instruction!

You may sup, I confess, at many places more splendidly; but you can be treated no where, believe me, with more unconstrained cheerfulness, simplicity and freedom: only make the experiment; and if you do not ever afterwards prefer my table to any other, never favor me with your company again. Farewell.” Pliny the Younger, Letters Book 1; Letter 15

This letter is a faux chiding from Pliny to one of his best friends. Septicius Clarus was a Prefect of the influential Praetorian Guards, a very powerful position in Rome.

In spite of this close friendship, Septicius did not notify Pliny that he would not be at the elaborate dinner party where he would have been a coveted guest. Septicius was later dismissed from his post of prefect because he treated Hadrian’s wife Vibia Sabina “in a more informal fashion than the etiquette of the court demanded.” Septicius was prone, obviously, to be ill-mannered.

Septicius, though a very minor man in history, was such a close friend to Suetonius, author of Lives of the Twelve Caesars, that he dedicated that renowned book to him. Suetonius, also, was summarily dismissed by Emperor Hadrian (reign 117-138) because he had an affair with Hadrian’s wife, Vibia Sabina, the same woman that occasioned Septicius’ dismissal.

Pliny’s Letters are a fascinating peek into all aspects of life in ancient Rome. Pliny may have been insulted when Septicius skipped his dinner party to go to another dinner party, but Septicius was the man who encouraged Pliny the Younger to publish his Letters. Septicius, who is anonymous in history, was responsible, also, for encouraging Suetonius to write and publish his masterpiece Lives Of the Twelve Caesars.

Pliny Dedicated His Letters to Septicius:

You have frequently pressed me to make a select collection of my Letters (if there be any which show some literary finish) and give them to the public. I have accordingly done so; not indeed in their proper order of time, for I was not compiling a history; but just as they presented themselves to my bands. And now it remains to wish that neither you may have occasion to repent of your advice, nor I of my compliance. If so, I may probably inquire after the rest, which at present lie neglected, and not withhold those I shall hereafter write. Farewell.” Pliny the Younger Letters, Book 1

Suetonius, also, dedicated his Lives of the Twelve Caesars to Septicius, but unfortunately, the last complete work of Suetonius has been missing for many centuries. John the Lydian, a 6th century scholar who was interested in “works of antiquity” was the last person to see a complete copy of Suetonius’ Lives   which included a prologue with a dedication to Septicius Clarus. Interesting that John the Lydian who lived c. 500 years after Suetonius considered Suetonius an “ancient writer.” Guess it all depends upon the “season” in which one lives.— Sandra Sweeny Silver 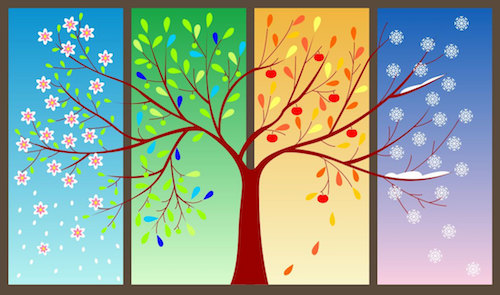