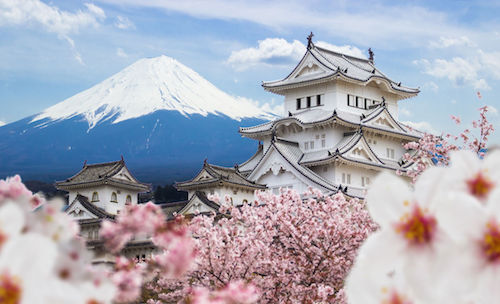 The Japanese celebrate Christmas but not as an homage to Christ. They send cards to each other and give gifts but Christ is not celebrated. In Japan it is just a holiday celebrated by Americans and they like that tradition (which they inherited after WWII).

How about Muslims in Christian countries? Do they celebrate Christmas? The following is written by a Muslim in England:

“The fact is that Muslims do the same as everyone else who is not a practicing Christian at Christmas. They spend time with loved ones, enjoying the holiday period. There is no requirement that one be a Christian to enjoy the season after all…. 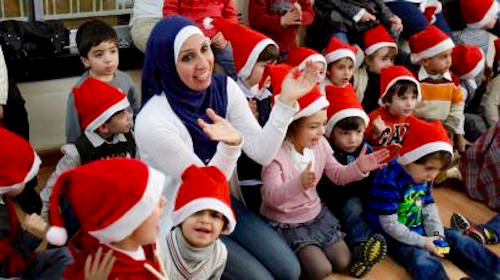 Almost certainly Muslims will be sitting down to a large family get-together at Christmas, facilitated by bank holidays and extra days off. Presents are shared, but usually because it is some time since the family has all been together. I, for example, have presents for my nieces and nephews that I bought in the summer, which they’ll receive them at Christmas because I haven’t seen them since then.”

One Muslim mother said: “I teach my three children, who attend public school and happen to be born into an interfaith Christian-Muslim family, that we absolutely do celebrate Christmas because we are Muslim.”

Hannah Hawk of Houston wrote in an email. Rather than putting up a tree or lights, “we celebrate the reason for the season, Jesus, by studying all that is written about him in the Quran and by examining historical theories.”

CLICK HERE for article on “What Muslims Believe About Jesus?”

In Africa Christmas is universally celebrated by Christian and some non-Christian communities. 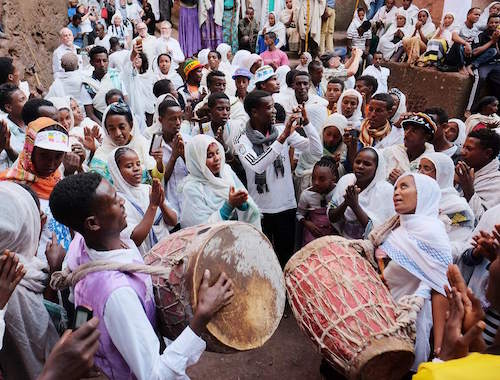 How about atheist China? Do they acknowledge Christmas?—Yes. 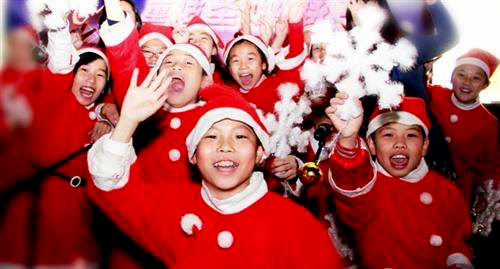 Seizing on people’s festive moods around and during the occasion, shopping malls adorn themselves with Christmas decorations and lure in shoppers with seasonal sales.

Independent China scholar Gary Sigley says the rising popularity of Christmas has little to do with religion. ‘It has more to do with the culture of consumption and the novelty of a foreign festival,’ he tells Inkstone.”

So all over the planet Christmas is acknowledged, has been incorporated into their year and is being celebrated. 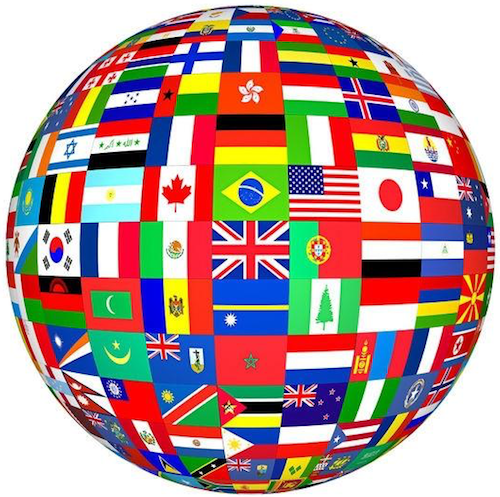 In the 3rd century, determining the date of the nativity was a subject of great interest. One of the early church fathers wrote in the 200’s:

“There are those who have determined not only the year of our Lord’s birth, but also the day; and they say that it took place in the 28th year of Augustus, and in the 25th day of (the Egyptian month) Pachon (May 20). Further, others say that He was born on the 24th or 25th of Pharmuthi (April 20 or 21).”

Other theologians worked forward from the Annunciation to Mary on which they said was March 25. Since a baby gestates for 9 months, the day of Jesus’ Birth was pronounced as December 25. That date has held to the present.

But when was Christmas first a celebration in the Christian world?

Christianity was not widely observed until after Emperor Constantine (272—337 AD) converted to Christianity and declared it the Roman empire’s religion.

Western Christians officially began celebrating December 25 as the birth of Jesus in 336 AD. The proof of this is in an old list of Roman bishops, compiled in A. D. 354 where these words appear for A.D. 336: 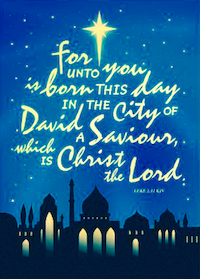 This day, December 25, 336, is the first recorded Christian celebration of Christmas (once called “Christenmas” meaning “Christian Mass”). “Xmas” derives its short name from the Greek letter Chi (an “X” in Greek and is the first letter in the word “Ch-rist”—Greek Χριστός pronounced Christos “Christ”).

This Christ is celebrated all over the world—whether those celebrating know Him or not.—Sandra Sweeny Silver