In Martin Luther King’s address to the The Southern Christian Leadership Conference on April 4, 1968  just several weeks before his assassination he said:

“The limitation of riots, moral questions aside, is they cannot win, and their participants know it…Hence riots are not revolutionary but reactionary because they invite defeat. They offer an emotional catharsis, but they must be followed by a sense of futility.” 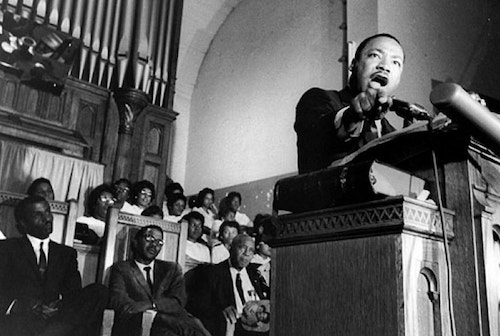 Riots in cities have been described since ancient times. When the popular Julius Caesar was assassinated in 44 BC, the Roman people stormed the city and during Caesar’s cremation in the Forum, the rioters grabbed the firebrands from his pyre and burned down the houses of two of his assassins, Brutus and Cassius. They, also, killed  Helvius Cinna, a non-political poet, who was mistakenly taken to be Cornelius Cinna who had applauded Caesar’s assassination.

Rome’s favorite entertainment was chariot racing. There were 4 “factions” (teams) distinguished by the colors they wore—the Blues, the Greens, the Whites and the Reds.

Their fans often sported the same colors during their games in the Circus Maximus. There was a fierce rivalry among fans and if their teams did not win, riots often broke out.

CLICK HERE for article on sports fans in the ancient world

These teams and their competition were still competing in January of 532 when the riot of riots in the ancient world happened.

The scene is Constantinople and Justinian I was the Eastern Roman emperor (527 to 565.) By that time, the Blues and the Greens were the only focuses of fans and politicians. Justinian was not accepted by the aristocratic ruling class because he was  low-born and had levied high taxes on them, etc. They were ”with the the Greens,” but Justinian was “with the Blues,” the semi-wealthy middle-class. Social issues and sports had by then become “politicized.”

In 531 some members of the Blues and the Greens had been arrested and charged with the murders following one of the chariot races. Most of them were executed, but two of them, a Blue and a Green, escaped and took refuge in a church. Immediately their supporters surrounded the church and demanded the two be pardoned. Justinian refused.

On January 13, 532, thousands of angry fans filled the Hippodrome next to the Palace for the chariot races. Justinian was watching the races from his box in the Palace and could hear the insults about him chanted by the crowd.

The insults finally ended up with one word “NIKA” meaning “Victory.” The crowd then began to flow out of the stadium and attack the Palace. For five days they rioted and burned most of the city. They even burned down the city’s famous Hagia Sophia church. Justinian  later rebuilt the church. 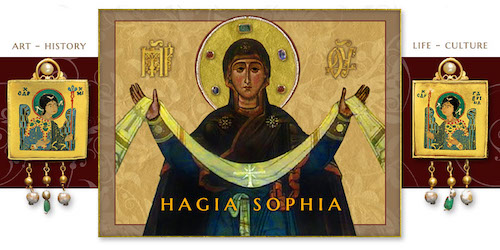 During the riots, Justinian told his wife they must flee, but Theodora supposedly said,

“Who is born into the light of day must sooner or later die; and how could an Emperor ever allow himself to be a fugitive.”

During a following chariot race, Justinian sent a eunuch Narses  with a bag of gold and his generals Belisarius and Mundus into the packed Hippodrome. He went to the leaders of the Blue team with the gold. They talked among themselves, took the bag of gold and many Blue fans exited the Hippodrome. The Greens were aghast. The two generals then brought their Imperial Troops into the Hippodrome and killed all who were left there—Green or Blue. It is estimated about 30,000 spectators were killed.

In our modern day, there have been continual riots in England and Latin America after “football” games—in America they are called “soccer” games. In England they call those riots “football hooliganism.” Public riots in civilized countries have always been quelled by police forces. 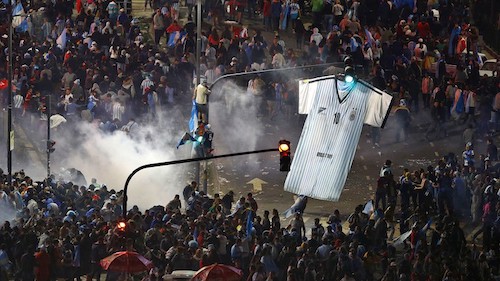 In the Bible the first riot occurred when two angels disguised as men entered the city of Sodom to rescue Abraham’s nephew Lot and his family from the coming destruction of Sodom by God because of its homosexuality.

“The two angels arrived at Sodom in the evening, and Lot was sitting in the gateway of the city. When he saw them, he got up to meet them and bowed down with his face to the ground.  “My lords,” he said, “please turn aside to your servant’s house. You can wash your feet and spend the night and then go on your way early in the morning.”“No,” they answered, “we will spend the night in the square.”  But he insisted so strongly that they did go with him and entered his house. He prepared a meal for them, baking bread without yeast, and they ate.  Before they had gone to bed, all the men from every part of the city of Sodom—both young and old—surrounded the house.  They called to Lot, “Where are the men who came to you tonight? Bring them out to us so that we can have sex with them.”  Lot went outside to meet them and shut the door behind him  and said, “No, my friends. Don’t do this wicked thing.  Look, I have two daughters who have never slept with a man. Let me bring them out to you, and you can do what you like with them. But don’t do anything to these men, for they have come under the protection of my roof.”  “Get out of our way,” they replied. “This fellow came here as a foreigner, and now he wants to play the judge! We’ll treat you worse than them.” They kept bringing pressure on Lot and moved forward to break down the door.  But the men inside reached out and pulled Lot back into the house and shut the door.  Then they struck the men who were at the door of the house, young and old, with blindness so that they could not find the door…. With the coming of dawn, the angels urged Lot, saying, “Hurry! Take your wife and your two daughters who are here, or you will be swept away when the city is punished.”  When he hesitated, the men grasped his hand and the hands of his wife and of his two daughters and led them safely out of the city, for the Lord was merciful to them.  As soon as they had brought them out, one of them said, “Flee for your lives! Don’t look back, and don’t stop anywhere in the plain! Flee to the mountains or you will be swept away!”…. By the time Lot reached Zoar, the sun had risen over the land. Then the Lord rained down burning sulfur on Sodom and Gomorrah—from the Lord out of the heavens.  Thus he overthrew those cities and the entire plain, destroying all those living in the cities—and also the vegetation in the land.” Genesis 19:1-25

The Jewish evangelist Paul was always causing riots when he preached the Gospel of Christ and got converts. In Thessalonica (c. 51 AD) he offended non-converted Jews:

“But other Jews were jealous; so they rounded up some bad characters from the marketplace, formed a mob and started a riot in the city. They rushed to Jason’s house in search of Paul and Silas in order to bring them out to the crowd. But when they did not find them, they dragged Jason and some other believers before the city officials, shouting: “These men who have caused trouble all over the world have now come here, and Jason has welcomed them into his house. They are all defying Caesar’s decrees, saying that there is another king, one called Jesus.” When they heard this, the crowd and the city officials were thrown into turmoil.” Acts 17: 5-8

Paul later goes to Jerusalem (c. 57 AD) where he causes a riot, is subsequently arrested and eventually sent to Rome to be imprisoned: 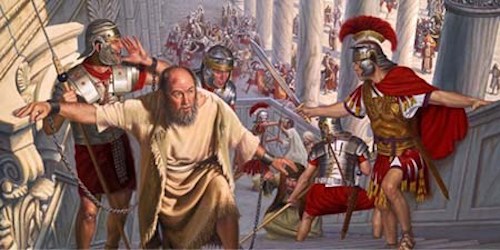 “When the seven days were nearly over, some Jews from the province of Asia saw Paul at the temple. They stirred up the whole crowd and seized him, shouting, “Fellow Israelites, help us! This is the man who teaches everyone everywhere against our people and our law and this place. And besides, he has brought Greeks into the temple and defiled this holy place.” (They had previously seen Trophimus the Ephesian in the city with Paul and assumed that Paul had brought him into the temple.)

The whole city was aroused, and the people came running from all directions. Seizing Paul, they dragged him from the temple, and immediately the gates were shut. While they were trying to kill him, news reached the commander of the Roman troops that the whole city of Jerusalem was in an uproar. He at once took some officers and soldiers and ran down to the crowd. When the rioters saw the commander and his soldiers, they stopped beating Paul. 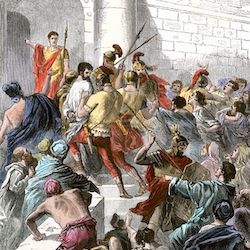 The commander came up and arrested him and ordered him to be bound with two chains. Then he asked who he was and what he had done. Some in the crowd shouted one thing and some another, and since the commander could not get at the truth because of the uproar, he ordered that Paul be taken into the barracks. When Paul reached the steps, the violence of the mob was so great he had to be carried by the soldiers. The crowd that followed kept shouting, ‘Get rid of him!’” Acts 21:27-36 — Sandra Sweeny Silver