In the 1st century AD Christianity introduced an entirely new view of slaves and slavery into the pagan world. In the New Testament letter to Philemon Paul urges Philemon to take back and to forgive his runaway slave Onesimus. Onesimus meaning “useful” was a common name for slaves.

Onesimus had run away from his master Philemon in Colosse (modern day Turkey) and had stolen from him. The runaway had ended up in Rome where Paul was imprisoned. Paul led Onesimus to Christ and was sending him back to Philemon with this letter:

“I am sending him, who is my very heart, back to you. I would have liked to keep him with me so that he could take your place in helping me (being “useful”) while I am in chains for the gospel….you might have him back for good, no longer as a slave, but better than a slave, as a dear brother….welcome him as you would welcome me. If he has done you any wrong or owes you anything, charge it to me.” Philemon 12,16,17

Onesimus was now Philemon’s brother, not his slave. That social distinction had been obliterated by Onesimus’ conversion. The Christian belonged to a family of spiritually related people. Each Christian was brother or sister to every other Christian. Lucian of Samosata (below left), a Syrian satirist in c. 170 whose works are still available, wrote in a letter to his friend Cronius a derogatory description of Christians. He makes light of their counter-cultural beliefs and their belief that they were all brothers once they were Christians: 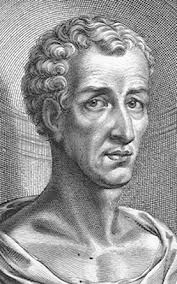 “The Christians, you know, worship a man to this day—the distinguished personage (Jesus) who introduced their novel rites, and was crucified on that account….You see, these misguided creatures start with the general conviction that they are immortal for all time, which explains the contempt of death and voluntary self-devotion which are so common among them; and then it was impressed on them by their original lawgiver that they are all brothers from the moment that they are converted and (they) deny the gods of Greece and worship the crucified sage and live after his laws. All this they take quite on faith, with the result that they despise all worldly goods alike, regarding them merely as common property.” “The Death Of Peregrinus”

Clearly the Christian concept of a slave was not “a bought thing” or a “lifeless tool.” Philemon was to treat Onesimus as he would treat his own brother. The social distinction between master and slave had been vitiated by the new faith. (There is a tradition that Onesimus became Bishop of Berea and was martyred.)

CLICK HERE for article on slaves as “lifeless tools”

Christian teachings and texts introduced into the ancient world new ideas, revolutionary ideas, ideas whose time had come. The new faith redefined the historic definition of a slave:

“Were you a slave when you were called (converted to Christ)? Don’t let it trouble you—although if you can gain your freedom, do so. For he who was a slave when he was called by the Lord is the Lord’s freedman; similarly, he who was not a slave when he was called is Christ’s slave. You were bought with a price (by the blood of Christ), do not become slaves of men.” I Corinthians 7:21-23 (Written by Paul from Ephesus in a letter to the believers in Corinth c. 54-55 AD)

The New Testament writings turned the definition and terms of slavery on its ear. If you are a physical slave, you are now free. If you are a free person, you are now a slave. All believers in Christ are free people. All Christians are slaves. That was a new idea to the ancients, a revolutionary oxymoron.

Paul in Colossians puts slaves and masters under the same subjection to a heavenly Master:

“Slaves, obey your earthly masters in everything…with sincerity of heart and reverence for the Lord….Masters, provide your slaves with what is right and fair, because you know that you also have a Master in heaven.” Colossians 3:22; 4:1

The Greek writer Plutarch (45-120 AD) was contemporary with the rise of the Early Church. As a Platonist philosopher and as one of the priests at the Temple of Apollo at Delphi, he was current with all the newest ideas including those of Christianity. When writing in his Lives about Cato the Elder (234-149 BC), Plutarch displays some of the Christian attitudes that had begun to penetrate his world:

Marcus Porches Cato, aka Cato the Elder (234–149 BC) was a censor in Rome responsible for “public morality.” One can see why Plutarch said Cato “had an over rigid temper.”

“Cato never bought a slave for above 1,500 drachmas; as he did not seek for effeminate and handsome ones, but able, sturdy workmen, horse keepers and cowherds: and these he thought ought to be sold again when they grew old, and no useless servants fed in a house….Yet certainly, in my judgment, it marks an over rigid temper, for a man to take the work out of his slaves as out of brute beasts, turning them off and selling  them in their old age, and thinking there ought to be no further commerce between man and man than whilst there arises some profit by it. We see that kindness and humanity has a larger field than bare justice to exercise itself in….It is doubtless the part of a kind-natured man to keep even worn-out horses and dogs, and not only take care of them when they are foals and whelps, but also when they are grown old.” Lives: Life of Marcus Cato The Elder 4.5

This “kind-natured” sensitivity to slaves, even calling them “man” as Plutarch does, is certainly not the same attitudes Plutarch’s 4th century BC teachers, Aristotle and Plato, had when they called slaves “lifeless things” and “living tools.”

The New Testament was written in Koine Greek, the common dialect of Greece. At the time of the writing of the New Testament, Koine (pronounced “coin-ay”) was the lingua franca of the Hellenized Roman world. Doulos meaning “slave” was the Greek word used to designate all those in the ancient world who were born slaves or had become slaves. (Now the Koine Greek word doulos meaning “slave” has been replaced in Bible translations by the softer word “servant”—much to the detriment of its original meaning.)

The social condition opposite to doulos was eleutheros meaning “free.” Paul the Apostle was a free-born (eleutheros) Roman citizen. Yet in his writings he calls himself a doulos, a slave:

“Paul a slave (doulos) of God and an apostle of Jesus Christ.” Titus 1:1

Slaves were just things (Latin res), a bought thing, totally owned by their master and never free to leave. It was scandalous that Paul and other Christian writers identified themselves with the most reviled and worthless members of society. Even Jesus’ brothers, James and Jude, said they were slaves:

“Jude, a slave of Jesus Christ and a brother of James.” Jude 1

“The Lord’s slave (believer) must not quarrel; instead, he must be kind to everyone; able to teach, not resentful.” II Timothy 2:24

“Epaphras who is one of you and a slave of Christ Jesus, sends greetings.” Colossians 4:12

“The revelation of Jesus Christ which God gave him to show his slaves what must soon take place.” Revelation 1:1

The very early Christian church was largely composed of slaves and of those on the socio-economic fringes of society. The revolutionary concept was that a believer in Christ is a slave to Him regardless of the believer’s social situation. The Christian is a free person even if he is a slave. In The Acts Of Martyrdom Of St. Justin And Companions written in 165 by an anonymous witness to the trial, the prefect Rusticus asks one of Justin Martyr’s companions: “‘And what are you?’ Euelpistus, a slave of Caesar, answered, ‘I too am a Christian, having been freed by Christ; and by the grace of Christ I partake of the same hope.’” Right before his beheading, the slave Euelpistus testifies to the freedom and the hope that he, on the lowest rung of society, had found in Christ. This new definition of slavery as spiritual bondage rather than physical bondage and of freedom as a spiritual state rather than a physical state was a radical one that appealed to hordes of people. But the redefinition of slavery by the new faith was even deeper than that. Their Christ, Jesus of Nazareth, was a slave:

The Christian Savior identified Himself as a slave. The idea that a god would serve man was explosive. Gods are served. They are not servants. Instead of “slave” being a pejorative word, the Christian God and Christian writers were sanctifying and even glorifying the word “slave.”

Jesus enjoined his followers to be slaves. The ancient world, much like the modern world, worshipped royalty and admired those who had power and money. They aspired to be rulers, to be somebody important. Even Jesus’ closest friends and their families wanted to be elevated to positions of authority. They wanted to have human adulation:

“Then the mother of Zebedee’s sons (James and John) came to Jesus with her sons and kneeling down, asked a favor of him. ‘What is it you want?’ (Jesus) asked. She said, ‘Grant that one of these two sons of mine may sit at your right and the other at your left in your kingdom.’ ‘You don’t know what you are asking,’ Jesus said to them. ‘Can you drink the cup I am going to drink?’ ‘We can,’ they answered. Jesus said to them, ‘You will indeed drink from my cup, but to sit at my right or left is not for me to grant. These places belong to those for whom they have been prepared by my Father.’ When the ten (Apostles) heard about this, they were indignant with the two brothers. Jesus called them together and said, ‘You know that the rulers of the Gentiles lord it over them and their high officials exercise authority over them. Not so with you. Instead, whoever wants to become great among you must be your servant, and whoever wants to be first must be your slave—just as the Son of Man did not come to be served, but to serve, and to give his life as a ransom for many.” Matthew 20:20-28

Jesus wanted His followers to seek to serve, not to seek to be served. In a social world composed of nothing but slaves or masters this was a hard and revolutionary teaching.— Sandra Sweeny Silver 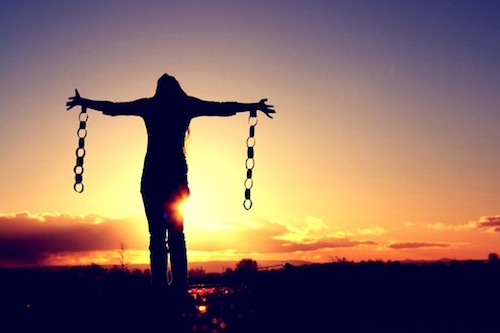