Contemporary Japanese sculptor Hirotoshi Ito is following the very old form of Japanese creativity called Mitate—it is the concept of taking a certain thing that has always had a certain meaning and giving it  a different  context. Ito  has certainly given that head-shaped stone with human teeth in it a different context.

Some of the first known dentists were the Iron Age Etruscans in central Italy.

Below is an Etruscan prosthesis with two teeth and many other teeth which had been “worked on.” Around 2000 years old,  found in a tomb in Etruria. 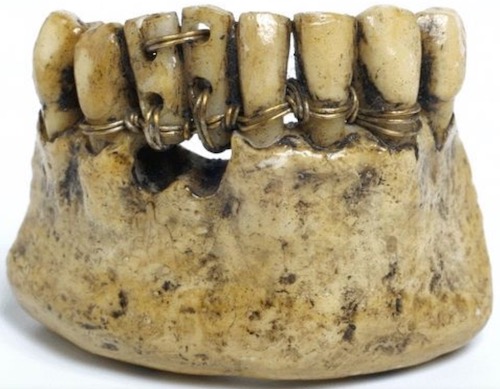 But as old as the above teeth (which must assume there were “dentists”) may be, there is a man in Egypt Hesy-Ra (died c. 2600 BC), an Egyptian scribe, who is often called “the first dentist.” An inscription on his tomb titles him “the greatest of those who deal with teeth and of physicians.” That reference is the oldest reference yet identifying someone as a “dentist.”

His mastaba was first excavated in 1861 and was filled over with dirt to preserve it. It was re-discovered in excavations from 1910-1912 but was again filled with dirt. Then in 2010 it was re-opened.

Close to the entrance of Hesy-Ra’s (or Re’s) tomb is a beautiful cedar wood panel depicting Hesy as a young man at the start of his career. 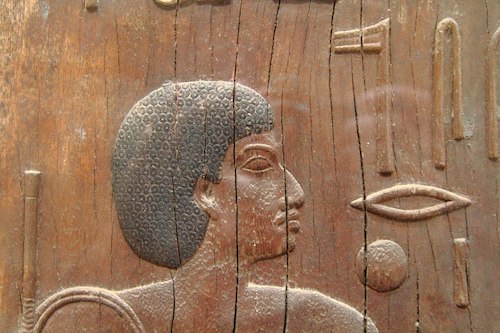 As one moves farther into the tomb, one sees Hesy-Ra as a Middle-aged man. 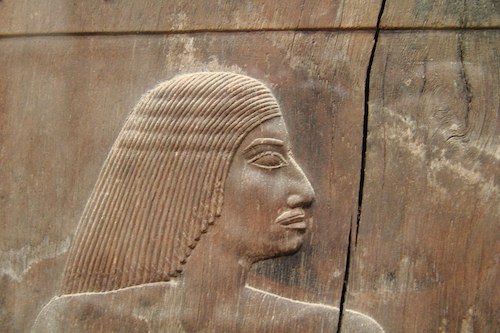 Finally, there is a cedar panel of him near “the remembrance chapel” as an older man. 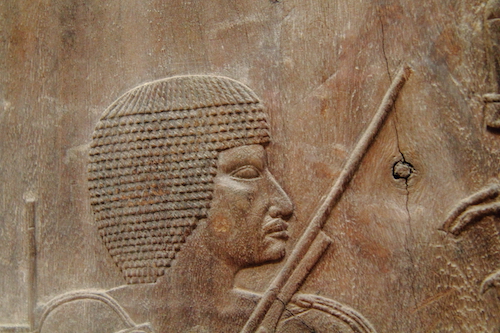 The tomb of Hesy-Ra was lovingly and intricately decorated to honor him then and to honor him in the future as the one who is thought to be “the first dentist.”

The Bible seems to consider “good teeth” a wonderful thing:

The prophet Amos, well over a thousand years after Hesy-Ra, names two great things which the Lord had given his people….YET:

“But I gave you also cleanness of teeth in all your cities And lack of bread in all your places, Yet you have not returned to Me,” declares the Lord.” Amos 4:6

Some may say, “how did they fix a tooth in ancient times?”

Seems that is pretty much how they fixed a “bad tooth” in very ancient times. Simple “bow drills” were used to cure bad teeth 2,500 to 9,000 years ago.

In Mahrgarh, Pakistan anthropologists found 11 teeth from 9 adults with holes drilled with sharpened flint points (below). The tooth was fixed, but because there was no novocaine, the patient was almost unconscious with pain.

Researchers decided to conduct those “bow drills” experience themselves. Mounting a flint tip in a rod holder and attaching a bowstring, they found in less than a minute, holes similar to those in the Pakistan teeth. It was a good “driller.”

The pain from fixing a bad tooth in ancient days must have been excruciating. There is  evidence that around 2700 BC, Chinese acupuncture was used to treat tooth pain. Pain relief was mostly done using honey and herbs and, in some cases, cloves. These ancient remedies can still be relied on today for short-term relief.

The Aztecs preferred chewing on a chili pepper as this would numb the area and in Incan Peru they would chew on coca leaves to relieve a toothache.

Ezekiel 18:2 in his metaphor here says that “if I hadn’t had bad ancestors, I wouldn’t have paid for the pain for what they did before I was even born.”

“What do you mean by using this proverb concerning the land of Israel, saying, ‘The fathers eat the sour grapes, But the children’s teeth are set on edge?’”

King Solomon wrote his book of  wise Proverbs in the 900’s BC. He was given the “gift of wisdom” by the Lord. He obviously had experienced a bad toothache from time to time: “Like a bad tooth and an unsteady foot Is confidence in a faithless man in time of trouble.” Proverbs 25:19

Yes, they did have a form of  toothpaste in the ancient world. The Egyptians had a powder made of ashes of ox hooves, burnt eggshells, some myrrh and pumice. The Roman’s toothpaste contained crushed bones and oyster shells. Seems the ancients wanted really rough things gliding over their smooth teeth.

Their toothbrushes had a handle (or just their fingers) with brushes of twigs and leaves.

It is hard for this writer to imagine their “tooth brushes.”

Dentists not only treated bad teeth, they, also, inlaid jewels and other things into a  vain person’s teeth.

Most people in ancient and in modern times go to the dentist if they are suffering with a tooth or need him/her to fix something relating to their teeth.”Teeth” comes from the very old Proto-Indo-European root: DENT. We get dental and DENTISTS from that primal source of so many languages and even all our words. Very few in the medical world can claim so ancient a fame/name. 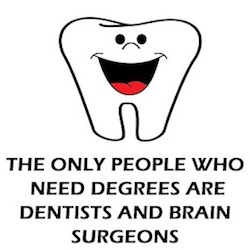 The Bible in the very early part of its writings in the book of Exodus decrees one of many of the laws:

“And if he (slave master) knocks out a tooth of his male or female slave, he shall let him go free on account of his tooth.” Exodus 21:27

Seems you could give a slave a bloody nose, but “don’t mess with his or her teeth” or you will have to let the slave GO FREE.—Sandra Sweeny Silver