The chariot races in Rome date back to c. 600 BC. Then the races were held in a natural declivity in the Murcian Valley between the Palatine and Aventine hills. The Circus Maximus, built in 326 BC and appropriately named Biggest Circle, was a gigantic amphitheater. The oval racetrack was 2,037’ long and 387’ wide. The Circus suffered a devastating fire in 31 BC. When the 33-year-old Caesar Augustus became emperor in 27 BC, he restored the buildings and enlarged the seating capacity to 250,000 people. (Over two thousand years later, the largest stadium in the modern world, the Indianapolis Speedway, holds the same amount of people.)

The Circus Maximus was designed for chariot racing, but other events were held there. There were processions for and celebrations of their gods and goddesses, especially the goddess of the moon Luna and Ceres, goddess of grain, as well as gladiatorial contests and wild animal hunts. Because the wealthy in Rome organized and paid for these entertainments, they were free to the public. The Roman public was insatiable. By the time of Augustus, almost a fourth of every year was devoted to a Circus. In order to curry favor with the plebeians, Emperor Domitian once sponsored one hundred chariot races in one day.

Chariot racing was the most popular sport in Rome. There were four racing teams (Latin factiones): the Red Faction, The Blue Faction, the White Faction and the Green Faction named for their racing colors. The Romans were as fanatically devoted to one of their four Factions as people today are devoted to the Yankees (the Blues and Whites) or the Steelers (the Blacks and Golds).

The Romans were as fanatically devoted to one of their four Factions as people today are devoted to the Yankees (the Blues and Whites) or the Steelers (the Blacks and Golds).

Pliny the Younger (63-113) in his Letters 9.6 could not understand this enthusiasm:

“I am the more astonished that so many thousands of grown men should be possessed…with a childish passion to look at galloping horses and men standing upright in their chariots. If…they were attracted by the swiftness of the horses or the skill of the men, one could account for this enthusiasm. But…it is the color of the tunic they favor….And if during the running the racers were to exchange colors,  their partisans would change sides and instantly forsake the very drivers and horses whom they were just before…clamorously cheering by name.”

Pliny’s uncle, Pliny the Elder, was of the same opinion. He is incredulous when he records that during the Republic in the 70’s BC, a charioteer for the Reds had been killed and a distraught fanatic fan (both words come from the Latin fanaticus meaning “crazy”) threw himself on his funeral pyre and died with his hero. Both Plinys were far removed from teams and team loyalties. Nowadays if a Red Sox player (Reds) joins the Yankees (Blues), a Red Sox fan does not abandon the Red Faction. It’s not the players. It’s the team.

[CLICK HERE for article about Mt. Vesuvius and the two Plinys.]

The crazy-connection with the word “fan” may be a mild one when one reads the thousands of stone and lead “curse tablets” that have been found with imprecations to the gods to cause evil and vile things to happen to these ancient teams and drivers:

“I adjure you, demon whoever you are, and I demand of you from this hour, from this day, from this moment that you torture and kill the horses of the Greens and Whites and that you kill in a crash their drivers…and leave not a breath in their bodies.” 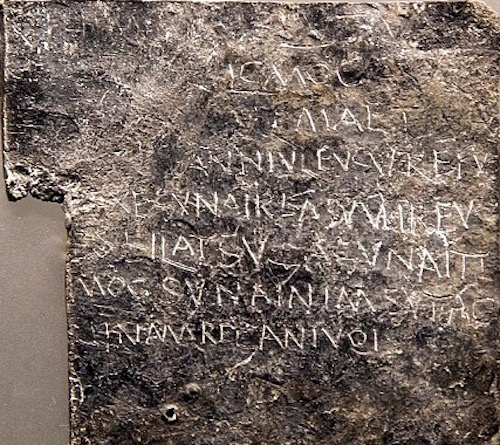 “Help me in the circus on 8 November. Bind every limb, every sinew, the shoulders, the ankles and the elbows of Olympus, Olympianus, Scortius and Juvencus, the charioteers of the Red. Torment their minds, their intelligence and their senses so that they may not know what they are doing, and knock out their eyes so that they may not see where they are going—neither they nor the horses they are going to drive.”

“Bind the horses whose names and images are on this implement. I entrust to you of the Red…of the Blues. Bind their running, their power, their soul, their onrush, their speed. Take away their victory, entangle their feet, hinder them, hobble them so that tomorrow morning in the hippodrome they are not able to run or walk about or win or go out of the starting gates or advance on the racecourse or track, but may they fall down with their drivers.” 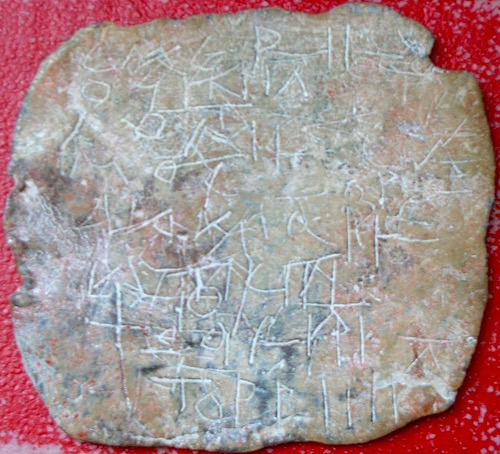 “I conjure you up, holy beings and holy names, join in aiding this spell and bind, enchant, thwart, strike, overturn, conspire against, destroy, kill, break Eucherius, the charioteer, and all his horses tomorrow in the circus at Rome. May he not leave the barriers well; may he not be quick in contest; may he not outstrip anyone; may he not make the turns well; may he not win any prize.” 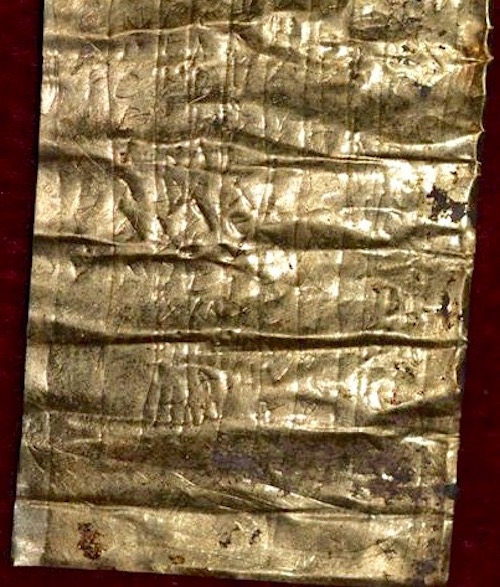 After reading these curses, one can believe that following the end of the chariot races in ancient times, there were often rioting and deaths. 30,000 people were killed in c. 550 AD in Constantinople over “loyalty to colors.” Soccer games in Europe and South America are still times of heavy police presence because of the deaths inspired by team loyalty, though it is moot whether such “curses” would ever be publicly uttered or written today.

But there is a part of humans that have always been loyal, fanatically loyal to sports teams. One often hears someone say about a dead loved one, “He’s rooting today for the Braves, the Pirates, the Celtics, the Lakers, the Cowboys, the Steelers, the Wolves, the Coyotes” or whatever team the dearly departed loved and enigmatically watched from beyond his grave.—Sandra Sweeny Silver