Here is a list of some prominent names, places and things in the Bible. There are certain words whose meaning is not always discernible. The writer has used her discretion. 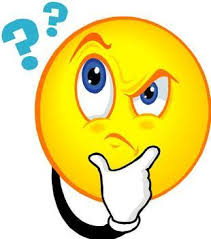 The academic study of personal names is called anthroponymy which is a branch of Onomastics or onomatology—the study of the etymology, history, and use of proper names. That name comes from the Greek ὄνομα (ónoma) meaning “name”.

Anthroponymy (or anthroponomastics) is the sub-study of the names of human beings. The study of anthroponyms comes from the ancient Greek ἄνθρωπος anthrōpos, meaning “human” and ὄνομα onoma meaning “name.”

All those weird words just to study names—Yikes!

B
Baal, “master, lord”
Baal-zebub, “god of the fly” same as Beelzebub
Babel, “confusion, mixture” Meaning of Babylon, too
Barnabas, “son of the prophet, or of consolation”
Bathsheba, “the seventh daughter”
Bethany, “the house of song,” “the house of affliction”
Bethel, “the house of God”
Boaz “in strength”

C
Cain, “acquired” or “possessed”
Calvary, “the place of a skull”
Canaan, “humbled, brought down by a heavy load”
Capernaum, “chaos, disorder”
Cephas, a “rock or stone”
Christ, “anointed one”
Corinth, “which is satisfied,” ”ornament,” “beauty”

H
Habakkuk, “he that embraces”
Hagar, “flight”
Hallelujah, “praise the Lord”
Herod, “son of a hero”
Hezekiah, “strength of the Lord”
Hosanna, “save I pray thee, keep, preserve”

I
Ichabod, “where is the glory?” or, “no glory”
Immanuel, “God with us”
Isaac, “laughter”
Isaiah, “the salvation of the Lord”
Ishmael, “God that hears”
Israel, “who contends with God”
Italy, “abounding with calves or heifers”

J
Jacob, “that supplants, undermines”
Jehoshaphat, “the Lord is judge”
Jehovah, “self-subsisting”or “I AM as I AM” (Same with Yahweh)
Jehovah-jireh, “the Lord will provide”
Jehovah-nissi, “the Lord my banner”
Jehovah-shalom,” the Lord send peace”
Jehovah-shammah, “the Lord is there”
Jehovah-tsidkenu, “the Lord our righteousness”
Jemima, “handsome as the day”
Jeremiah, “Yahweh will exalt ”
Jericho, “his moon,” “his month,” “his sweet smell”
Jeroboam, “he that opposes the people”
Jerusalem, “vision of peace”
Jeshua, same as Joshua
Jesse, “God’s gift, God exists”
Jesus, “savior, deliverer”
Jew, same as Judah
Jezebel, “where is the prince?”
Joel, “he that wills or commands”
John, “the grace or mercy of the Lord”
Jordan, “the river of judgment”
Joseph, “he will add”
Joshua, “a savior, a deliverer”
Judah, “the praise of the Lord,” “confession”

P
Palestina (Palestine), “from the Philistines who occupied the territory in 12 century BC
Patmos, in myth a sunken island a goddess brought to the surface
Paul, “small, little”
Pentateuch, “the five books of Moses, the Torah, the Pentateuch”
Pentecost, “fiftieth”
Persia, “that cuts or divides,” “land of horsemen”
Peter, “a rock or stone”
Pharaoh, “”great house”
Pharisees, “set apart”
Philemon, “who kisses”
Philip, “warlike, “a lover of horses”
Philistines, “a wallower or roller”
Pontius, “marine,” “belonging to the sea”
Prisca, “ancient
Priscilla, same as Prisca

U
Uphaz, “pure gold” (gold of Phasis or Pison)
Ur, “flame, light”
Uzziah, Uzziel, “my strength is the Lord”

W
No entries for W.

X
No entries for X. 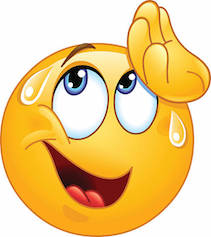