In the 20th century AD there were more Christians killed because of their faith in the Jewish Messiah than in all the centuries of Christian persecution combined. 65% of all Christians who have ever been persecuted or martyred lived in the years from 1900-2000. Antonio Socci, an Italian journalist, estimates that 45 million Christians were martyred in the 20th century. The New Persecuted: Inquiries into Anti-Christian Intolerance in the New Century Of The Martyrs. This number is considered high by some. Most of the organizations that monitor human rights and Christian agencies that calculate Christian persecutions and deaths estimate the number of Christians killed in the last century as 15-20 million—still a shocking number. 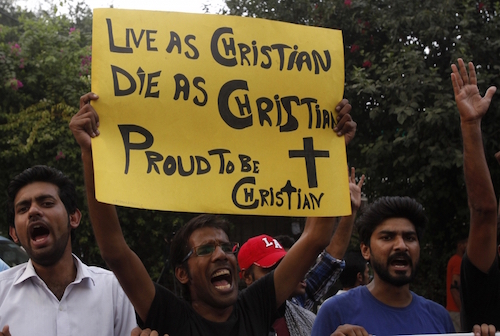 The 20th century commenced with the Massacre of the Armenian Christians beginning on April 24, 1915 and continuing in the years after World War I. The Turkish Muslim government decided that the Christian “race” was a danger to their national unity. In order to settle what they called “the Armenian question,” they systematically killed 1.5 million Christian Armenians.

When the atheist Communists took over Russia in 1917, they spent the next seven decades deliberately suppressing, exiling and killing an estimated 20 million Christians (17 million Russian Orthodox and 3 million Roman Catholic). 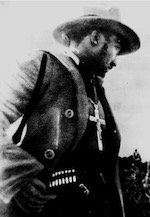 After the Communist revolution in Mexico and the new Constitution in 1917, the atheist government began a vigorous campaign against the Catholic Church. The State outlawed religious orders, took away the clergy’s right to vote and restricted rights to worship. A people’s army, the Cristeros (Fighters for Christ), rose up against the atheists and more than 30,000 of them were killed. The army was led by General Enriques Gorostieta (left) from 1926-1929. 40 priests were assassinated between 1926-1934. By the end of 1934, there were only 334 priests licensed to minister to 15,000,000 Mexicans.

In Spain 13 bishops, 4,172 priests and seminarians, 2,364 monks and 283 nuns were killed by atheist Leftists during the Spanish Civil War (1936-1939). Synagogues, Protestant churches and Catholic churches were burned, pillaged or closed. 150,000-400,000 people who opposed Franco were killed. In Franco’s Fascist Spain (1939-1975), the country’s 30,000 Protestants were persecuted and many were forced to leave the country. All non-Catholic Bibles were prohibited and were confiscated by the police.

Hitler and his propagandists correctly linked the religion of Christianity with the Jews:

“The Fuhrer is deeply religious, though completely anti-Christian. He views Christianity as a symptom of decay. Rightly so. It is a branch of the Jewish race….Both (Judaism and Christianity)…in the end, they will be destroyed.” Joseph Goebbels (Nazi Minister Of Propaganda), The Goebbels Diaries: Entry on December 29, 1939

Germany was a nominally Christian country. The Nazis first forced believing Christians underground. They became the Confessing Church. When the Confessing Church was taken to the death camps, there was no longer a Christian opposition to Hitler. The German people, like the Turkish people during the Armenian genocide, went along with the Nazis even when the killings included their Christian neighbors, Gypsies, Communists, the mentally handicapped (target of the Euthanasia Project), homosexuals and Jehovah’s Witnesses.

Hitler and the Nazi ideology were antithetical to both God and the better angels of human nature. In trying to build a Darwinian/Nietzschean race of tall, blue-eyed, blond-haired people, the 5’9”, dark-haired, brown-eyed Hitler (right) massacred 60,000,000 people all over Europe. His experiments in conquest and eugenics should have been a final lesson to mankind. They were not.

During Mao Zedong’s ten-year Cultural Revolution Of The Proletariat (1966-1976), it is estimated he killed from 45-70 million Chinese. People who wore glasses were killed because they knew how to read and cared about learning. Untold numbers of Christians were killed because they were theists and would not renounce their faith in Christ. The atheist Communist “Great March Forward” ended with Mao’s death in 1976.

The last 2,000 years have proven it is impossible to kill or destroy in the hearts and minds of people all over the world the belief in Jesus as Resurrected and Savior. Starting at the beginning of the Roman Empire to our modern day millions have been martyred but “His TRUTH is marching on.”

Julia Ward Howe (1819-1910) was inspired to write new lyrics to the Union Marching Song John Brown’s Body while visiting a Union camp in November 1861. She penned the poem The Battle Hymn of the Republic in her hotel room after that visit. It was set to music by William Steffe.—Article by Sandra Sweeny Silver