Some Christians today and in the Early Church feel/felt they needed “TO DO something to earn God’s blessings and please God.” They never miss a Sunday worship; they give up foods they love for Lent; they say the “Our Father” every day; they help old ladies across the street, etc. Those are all “good things” and you “feel good” about DOING them. That defines/borders on “self-righteousness”—God owes you His pleasure because you are a “good person.” WORKS means “activity involving mental or physical effort done in order to achieve a purpose or result.” We want God to love us.

God does not want your external WORKS. He ultimately wants  your internal FAITH.

Internal FAITH is best described in Hebrews 11:1: “Now faith (in Greek pi’stis) is the assurance of things hoped for, the evidence of things not seen.” Faith is an internal conviction of the heart and mind. God wants us to live by FAITH—“”For therein is the righteousness of God revealed from faith to faith: as it is written, The just shall live by faith.” Romans 1:17

In the Early Church there was something called asceticism—“denial, particularly the rejection of the pleasures of the world and the abstinence from some foods.”  Many strong believers in Egypt had taken refuge for their souls in the Egyptian desert and lived solitary lives of physical deprivation including celibacy and abstention from certain foods. Most of them refused to eat meat and many of them subsisted on just bread and water. The monk-like life of the Desert Fathers (3rd century AD) appealed to many Christians in other parts of the ancient world. 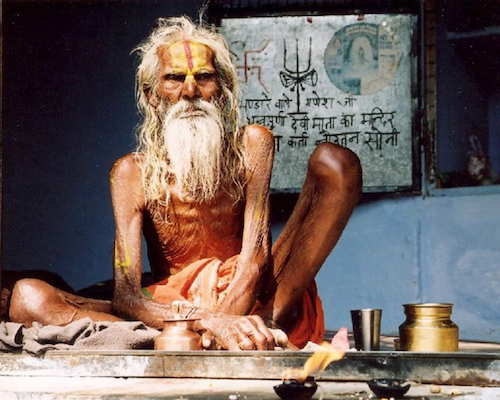 An interesting anecdote on very early asceticism is tucked away in the account of the martyrs of Lyons and Vienne in 177-178.

“A certain Alcibiades, who lived a very austere life among them (in Lyons) refused everything but bread and water. But after his first contest (trial) in the amphitheater, it was revealed to Attalus (who was later roasted alive) that Alcibiades was not doing well in failing to use what God had created (all foods) and (he was) offering offense to others. Alcibiades was persuaded and started to eat everything freely and gave thanks to God.” Eusebius, Church History 5.3

The question of vegetarianism versus meat eating has preceded the 21st century by at least 2,000 years. By the early 2nd century AD, heresies abounded and Irenaeus, a disciple of Polycarp, attacked them in Against Heresies 1.28. He called vegetarianism “one of numerous heresies….they insist upon teaching. Some…have introduced abstinence from animal food, thus proving themselves ungrateful to God Who formed all things.”

Paul, the pragmatist who always hewed to basic truths and eschewed irrelevancy, hit this contentious subject head-on. The Christian can eat meat, can eat anything his/her conscience allows:

“Accept him whose faith is weak without passing judgment on disputable matters. One man’s faith allows him to eat everything, but another man, whose faith is weak, eats only vegetables. The man who eats everything must not look down on him who does not, and the man who does not eat everything must not condemn the man who does….He who eats meat, eats it to the Lord, for he gives thanks to God; and he who abstains, does so to the Lord and gives thanks to God….As one who is in the Lord Jesus, I am fully convinced that no food is unclean in itself. But if anyone regards something as unclean, then for him it is unclean.” Romans 14:1-14

“So then, about eating (meat) sacrificed to idols. We know that an idol is nothing at all in the world….Some people are still so accustomed to idols that when they eat such food, they think of it as having been sacrificed to an idol, and since their conscience is weak, it is defiled. But food does not bring us near to God. We are no worse if we do not eat, and no better if we do.” I Corinthians 8:4-13

Paul was not positing a new theology. He was expanding upon what Jesus had taught about clean and unclean foods:

“…Jesus called the crowd to him and said, ‘Listen to me, everyone, and understand this. Nothing outside a man can make him unclean by going into him. Rather it is what comes out of a man that makes him unclean.’ After he had left the crowd and entered the house, his disciples asked him about this parable. ‘Are you so dull?’ he asked. ‘Don’t you see that nothing that enters a man from the outside can make him unclean? For it doesn’t go into his heart but into his stomach and then out of his body.’ In saying this, Jesus declared all foods clean.” Mark 7:14-19

The question of vegetarianism versus meat eating seems to have been doctrinally settled by Paul rather quickly in the Early Church, but it was not to die. Nor was the question of circumcising Gentiles. The Jewish Christians who felt the Law should be a primary tenet of the belief in and observance of early Christianity would not budge on their convictions. Years later, the question of Gentile circumcision was still rattling around. Paul in his letter to the Colossians radically redefined the meaning of circumcision: 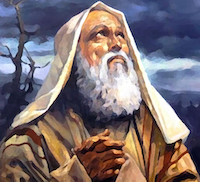 Here Paul nullifies the Abrahamic Old Testament covenant of physical circumcision. (Genesis 17:1-14) In the new covenant, the sinful nature of man is itself circumcised, is dealt with by the spiritual work of Christ upon the cross. The rite of baptism, the washing away of sin, becomes the new circumcision, the new outward manifestation of an inward reality.

“For we maintain that a man is justified by faith apart from observing the law. Is God the God of Jews only? Is he not the God of Gentiles, too? Yes, of Gentiles, too, since there is only one God, who will justify the circumcised by faith, and the uncircumcised through that same faith. Do we then nullify the law by this faith? Not at all! Rather, we uphold the law. What then shall we say that Abraham our forefather, discovered in this matter? If, in fact, Abraham was justified by works, he had something to boast about—but not before God. What does the Scripture say? ‘Abraham believed God, and it was credited to him as righteousness.’ Now when a man works, his wages are not credited to him as a gift, but as an obligation.

However, to the man who does not work but trusts God who justifies the wicked, his faith is credited as righteousness….Is this blessedness only for the circumcised, or also for the uncircumcised? We have been saying that Abraham’s faith was credited to him as righteousness. Under what circumstances was it credited? Was it after he was circumcised, or before? It was not after, but before! And he received the sign of circumcision, a seal of the righteousness that he had by faith while he was still uncircumcised. So then he is the father of all who believe but have not been circumcised, in order that righteousness might be credited them. And he is also the father of the circumcised who not only are circumcised but who also walk in the footsteps of the faith that our father Abraham had before he was circumcised. It was not through law that Abraham and his offspring received the promise that he would be heir of the world, but through the righteousness that comes by faith….Therefore, the promise comes by faith, so that it may be by grace and may be guaranteed to all Abraham’s offspring—not only to those who are of the law but also to those who are of the faith of Abraham. He is the father of us all.” Romans 3:28-31; 4:1-5, 9-13, 16

Divisive words. Fighting words. But Paul was not the first to contend that being a physical descendant of Abraham was not the sole prerogative of the Jews. John the fiery Baptist in c. 26 AD proclaimed that God could produce heirs of Abraham from stones if He so desires:

“John said to the crowds coming out to be baptized by him, ‘You brood of vipers! Who warned you to flee from the coming wrath? Produce fruit in keeping with repentance. And do not begin to say to yourselves, We have Abraham as our father. For I tell you that out of these stones God can raise up children for Abraham.’” Luke 3:7, 8

John was saying that God requires righteousness not works. The Jews took great tribal pride in two outward facts: that they were, of all peoples on the earth, chosen by the one God to receive the Law and Commandments on Mt. Sinai and that only they could trace their ancestry back to Abraham and his lawful wife Sarah. The Law and Abraham. Those two defined their raison d’etres, were the two things that advantageously set Jews apart from all other tribes and nations. Paul insisted those advantages were nullified:

“Understand, then, that those who believe are children of Abraham….(Christ) redeemed us in order that the blessing given to Abraham might come to the Gentiles….If you belong to Christ, then you are Abraham’s seed and heirs according to the promise.” Galatians 3:7, 14, 29

Paul was replacing concrete laws of ancestry and inheritance with an amorphous Faith and was daring to call anyone of any color, tribe or race a child of Abraham. To the Jews Abraham was their father, was the father of their circumcision and their religion. Circumcision was their rite, their sign of uniqueness.

The conclusion of Paul’s stand on outward  circumcision was:

Reversing thousands of years of history and belief, Paul declared a Jew is not a physical connection and is not defined by physical bloodlines. A Jew is a spiritual condition defined by faith and a circumcised heart, not defined by laws, codes, cultural ethos or ancestry. All who have faith in Christ are Jews, spiritual Jews. 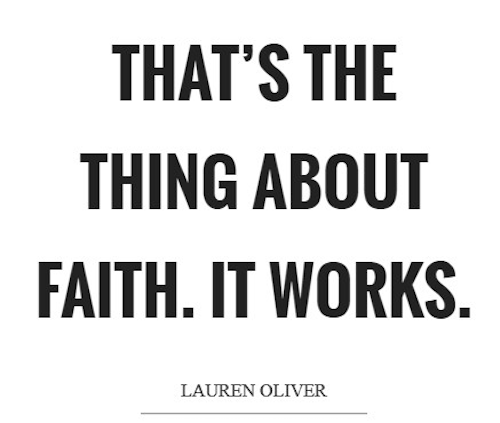