This turquoise blue land-locked lake is 1,412 feet below sea level, making it the lowest point on the planet. Because it is 9.6 times as salty as oceans, one floats/not swims, on the lake and neither fish nor plants can survive in this salinity. So it is a dead Sea.

Located between Israel and Jordan, this Sea of Salt receives most its water from the fresh-water Jordan River which turns salty after it enters the Salt Sea. 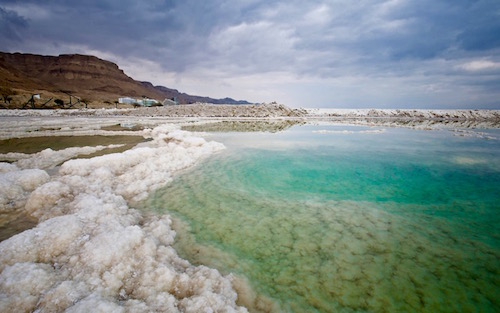 Sometimes the Dead Sea has been called the Sea of Lot. The story of Lot and Abraham is in Genesis 13, 14, 15, 18 & 19. Lot was Abraham’s nephew and they both exited Egypt as wealthy men who had many animals. Their herdsmen did not exist well together and Abraham offered Lot any land he wanted. Lot chose the cities and plains of the Dead Sea area:

“Lot looked around and saw that the whole plain of the Jordan toward Zoar was well watered, like the garden of the Lord, like the land of Egypt. This was before the Lord destroyed Sodom and Gomorrah. So Lot chose for himself the whole plain of the Jordan and set out toward the east. The two men parted company: Abram lived in the land of Canaan, while Lot lived among the cities of the plain and pitched his tents near Sodom. Now the people of Sodom were wicked and were sinning greatly against the Lord.” Genesis 13:10-13

When Lot was settled in Sodom near the Dead Sea, there was a war between regional kings and Lot was taken prisoner but Abraham rescued him:

“All these kings came as allies unto the vale of Siddim—the same is the Salt Sea.” Genesis 14:3

Years later God in the guise of men appeared to Abraham and told him Sodom was going to be destroyed because its wickedness deserved destruction. Abraham pleaded down from 50 righteous men to 10 good men to avoid the destruction of Sodom where his nephew Lot and family lived.

“The men turned away and went toward Sodom, but Abraham remained standing before the Lord. Then Abraham approached him and said: ‘Will you sweep away the righteous with the wicked?  What if there are fifty righteous people in the city? Will you really sweep it away and not spare the place for the sake of the fifty righteous people in it?  Far be it from you to do such a thing—to kill the righteous with the wicked, treating the righteous and the wicked alike. Far be it from you! Will not the Judge of all the earth do right?’  The Lord said, ‘If I find fifty righteous people in the city of Sodom, I will spare the whole place for their sake’….Then (Abraham) said, ‘May the Lord not be angry, but let me speak just once more. What if only ten can be found there?’ He answered, ‘For the sake of ten, I will not destroy it.’” Genesis 18: 22-26; 32

But there were not even 10 righteous people in Sodom:

“The two angels arrived at Sodom in the evening, and Lot was sitting in the gateway of the city. When he saw them, he got up to meet them and bowed down with his face to the ground. ‘My lords,’ he said, ‘please turn aside to your servant’s house. You can wash your feet and spend the night and then go on your way early in the morning.’ ‘No,’ they answered, ‘we will spend the night in the square.’ But (Lot) insisted so strongly that they did go with him and entered his house. He prepared a meal for them, baking bread without yeast, and they ate. Before they had gone to bed, all the men from every part of the city of Sodom—both young and old—surrounded the house. They called to Lot, ‘Where are the men who came to you tonight? Bring them out to us so that we can have sex with them.’

“Lot went outside to meet them and shut the door behind him and said, ‘No, my friends. Don’t do this wicked thing. Look, I have two daughters who have never slept with a man. Let me bring them out to you, and you can do what you like with them. But don’t do anything to these men, for they have come under the protection of my roof’…. With the coming of dawn, the angels urged Lot, saying, ‘Hurry! Take your wife and your two daughters who are here, or you will be swept away when the city is punished’….Then the Lord rained down burning sulfur on Sodom and Gomorrah—from the Lord out of the heavens….Thus God overthrew those cities and the entire plain, destroying all those living in the cities—and also the vegetation in the land. But Lot’s wife looked back, and she became a pillar of salt.” Genesis 19:1-8; 15; 24-26

Josephus, the Jewish historian (37-100 AD) wrote in his revered book Antiquities 1.11 he had personally seen the supposed Salt figure of Lot’s wife:

“But Lot’s wife continually turning back to view the city as she went from it, and being too nicely inquisitive what would become of it, although God had forbidden her so to do, was changed into a pillar of salt; for I have seen it, and it remains at this day.”

Without the Jordan River there would be no Dead or Salt Sea.

In the Old Testament book of Joshua an amazing miracle was performed as the Israelites had to cross the Jordan River in order to get into Israel: 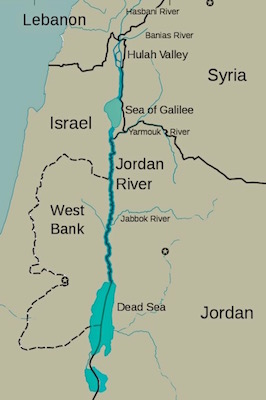 “Joshua said to the Israelites, ‘Come here and listen to the words of the Lord your God. This is how you will know that the living God is among you and that he will certainly drive out before you the Canaanites, Hittites, Hivites, Perizzites, Girgashites, Amorites and Jebusites. See, the ark of the covenant of the Lord of all the earth will go into the Jordan ahead of you. Now then, choose twelve men from the tribes of Israel, one from each tribe. And as soon as the priests who carry the ark of the Lord—the Lord of all the earth—set foot in the Jordan, its waters flowing downstream will be cut off and stand up in a heap.’ So when the people broke camp to cross the Jordan, the priests carrying the ark of the covenant went ahead of them.

“Now the Jordan is at flood stage all during harvest (the Spring). Yet as soon as the priests who carried the ark reached the Jordan and their feet touched the water’s edge, the water from upstream stopped flowing. It piled up in a heap a great distance away, at a town called Adam in the vicinity of Zarethan, while the water flowing down to the Sea of the Arabah (that is, the Dead Sea) was completely cut off.”

“So the people crossed over opposite Jericho. The priests who carried the ark of the covenant of the Lord stopped in the middle of the Jordan and stood on dry ground, while all Israel passed by until the whole nation had completed the crossing on dry ground.” Joshua 3:9-17

The waters of the Jordan River stopped flowing for a time into the Dead Sea during the time of Joshua, the Jewish leader after Moses in c. 1350 BC. This writer always searches for possible explanations or extra-Biblical sources for people or events.

CLICK HERE for article on Historicity of Moses and the Exodus

There are several extra-Biblical sources for the miracle of the parting of the Jordan River. The Jordan River is in a mildly seismic area which stretches all the way down into the Rift Valley where the Dead Sea is. 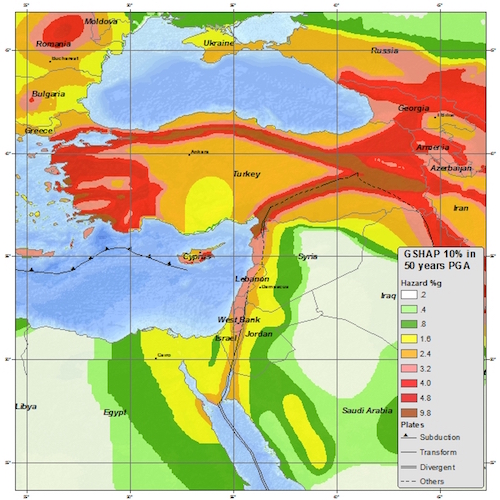 An Arab writer Nowairi aka Chehab-Eddlin-Ahmed (1250-1332) documented a 1267 event very much like the one described in Joshua. A large mudslide at Damiya (modern Adam) on the western side of the Jordan slid into the River and stopped the flow of water to the Dead Sea for 16 hours. In 1927 at Adam an earthquake caused a section of a 150 foot high cliff to fall into the River, impeding its flow for c. 21 hours. Interestingly, in the Biblical account in Joshua the same happened “at a town called Adam.” Joshua 3:16

Geophysicist Amos Nur of Stanford University (left) studied current well-documented earthquakes in this area in hopes of finding a way to predict them. Other recorded earthquakes and incidental blockages of the Jordan River’s flow into the Dead Salt Sea have been recorded in 1160, 1546, 1834 and 1936.

The miracle HERE is that Joshua and the hordes of Israelites were THERE at the exact time when the River Jordan parted and were able to go across the River’s bed into the Promised Land! However, if there is a God, and there IS, God could have in a nonce “parted” any river or even any ocean. After all, He’s God. 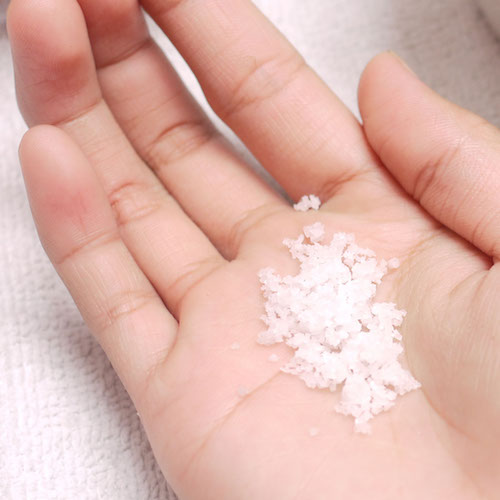 “You are the salt of the earth; but if the salt has become tasteless, how can it be made salty again? It is no longer good for anything, except to be thrown out and trampled under foot by men.” Matthew 5:13—Article by Sandra Sweeny Silver