This following legal sale of property took place in c.588-586 BC during the Siege of Jerusalem by the Babylonians.

The prophet Jeremiah had prophesied to the Jews and to their King Zedekiah in Judea for years that If they did not repent, the Babylonians will come and take them into Exile. They did not repent. The stubborn King had pesky Jeremiah imprisoned in the king’s courtyard of the guard. (Jeremiah 37:21)

It seems from the following passage that the Lord was taking care of His prophet Jeremiah by giving him a place that was his own when the Exile was over:

“Jeremiah said, “The word of the Lord came to me: Hanamel son of Shallum your uncle is going to come to you and say, ‘Buy my field at Anathoth, because as nearest relative it is your right and duty to buy it.’

Then, just as the Lord had said, my cousin Hanamel came to me in the courtyard of the guard and said, ‘Buy my field at Anathoth (a Levitical Priests’ town near Jerusalem) in the territory of Benjamin. Since it is your right to redeem it and possess it, buy it for yourself.’ I knew that this was the word of the Lord; so I bought the field at Anathoth from my cousin Hanamel and weighed out for him seventeen shekels of silver (c. $170,00). I signed and sealed the deed, had it witnessed, and weighed out the silver on the scales. I took the deed of purchase—the sealed copy containing the terms and conditions, as well as the unsealed copy—and I gave this deed to Baruch son of Neriah, the son of Mahseiah, in the presence of my cousin Hanamel and of the witnesses who had signed the deed and of all the Jews sitting in the courtyard of the guard.

After I had given the deed of purchase to Baruch son of Neriah, I prayed to the Lord.” Jeremiah 32:6-16 NIV

As can be seen in the intricate description of the selling and buying of land in Jeremiah’s time, legal contracts were in the ancient world over 2,500 years ago. 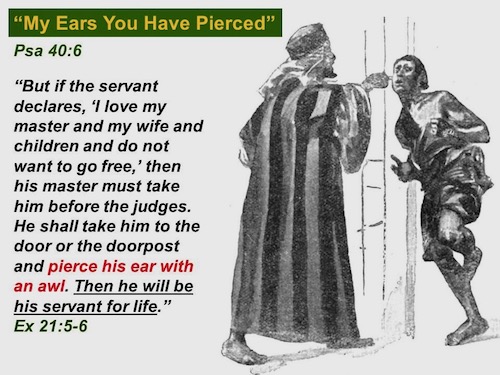 Moloch (AKA Molech) was an ancient Canaanite pagan god to whom people sacrificed their children so the god would give them…something or other. This was seen correctly in the Bible as an evil thing demanding the death of the Jewish parent/parents or those  aliens who lived among them who had done that.

“You shall not give any of your children to devote them by fire to Moloch, and so profane the name of your God.” Leviticus 18:21

In ancient times in Israel if a man died and left a widow, it was up to the dead man’s nearest relative to redeem her i,e (to marry her and inherit all of the dead man’s possessions). To ”redeem” means to “reclaim, repossess, rescue, buy back.” Ruth in the Old Testament book Ruth named after her was a believer-in-Jehovah Gentile widow who had been married to the Jew Naomi’s dead son. Naomi encouraged Ruth to marry Boaz, one of Naomi’s Jewish relatives. They fell in love but Boaz had to give her dead husband’s nearest relative the chance to redeem her: Ruth 4:1-13

“Meanwhile Boaz went up to the town gate and sat down there just as the guardian-redeemer he had mentioned came along. Boaz said, “Come over here, my friend, and sit down.” So he went over and sat down.

Boaz took ten of the elders of the town and said, “Sit here,” and they did so. Then he said to the guardian-redeemer, “Naomi, who has come back from Moab, is selling the piece of land that belonged to our relative Elimelek. I thought I should bring the matter to your attention and suggest that you buy it in the presence of these seated here and in the presence of the elders of my people. If you will redeem it, do so. But if you will not, tell me, so I will know. For no one has the right to do it except you, and I am next in line.”

Then Boaz said, “On the day you buy the land from Naomi, you also acquire Ruth the Moabite, the dead man’s widow, in order to maintain the name of the dead with his property.”

At this, the guardian-redeemer said, “Then I cannot redeem it because I might endanger my own estate. You redeem it yourself. I cannot do it.”

Now in earlier times in Israel, for the redemption and transfer of property to become final, one party took off his sandal and gave it to the other. This was the method of legalizing transactions in Israel.

So the guardian-redeemer said to Boaz, “Buy it yourself.” And he removed his sandal.

Then Boaz announced to the elders and all the people, “Today you are witnesses that I have bought from Naomi all the property of Elimelek, Kilion and Mahlon.  I have also acquired Ruth the Moabite, Mahlon’s widow, as my wife, in order to maintain the name of the dead with his property, so that his name will not disappear from among his family or from his hometown. Today you are witnesses!”

Then the elders and all the people at the gate said, “We are witnesses. May the Lord make the woman who is coming into your home like Rachel and Leah, who together built up the family of Israel. May you have standing in Ephrathah and be famous in Bethlehem. Through the offspring the Lord gives you by this young woman, may your family be like that of Perez, whom Tamar bore to Judah.”

So Boaz took Ruth and she became his wife.” Ruth and her husband Boaz are known to many Christians because they had a son named Obed who was the father of Jesse and Jesse was the father of King David. Ruth and Boaz were the great-grandparents of King David AND both of them are named in Jesus of Nazareth’s genealogy which is in the first chapter and first verses in the first book in our New Testament—The Gospel of Matthew.

Matthew 1 “This is the genealogy of Jesus the Messiah the son of David, the son of Abraham:

The Jew Jesus is our Redeemer and one of His relatives, Boaz, redeemed the Gentile Ruth. The meaning of the word “redeem” comes from the Latin redimere meaning “to buy back.” Redeem, “to buy back” is today and was in ancient times a legal term.

On the Cross Jesus bought us out of the slavery of our sins—He redeemed us:

“When you were dead in your sins and in the uncircumcision of your flesh, God made you alive with Christ. He forgave us all our sins, having canceled the charge of our legal indebtedness, which stood against us and condemned us; he has taken it away, nailing it to the cross.” Colossians 2:13,14

“Therefore, there is now no condemnation for those who are in Christ Jesus, because through Christ Jesus the law of the Spirit who gives life has set you free from the law of sin and death.” Romans 8:1-2

“By canceling the record of debt that stood against us with its legal demands. This he set aside, nailing it to the cross.” Colossians 2:14

Redemption always has a cost.