The earth journeys around the sun. In early Spring at the Spring equinox the earth begins to shed its snowy skin and the days begin to lengthen—meaning: the daylight lasts longer than it did in the late fall and winter. Little boys like R.L. Stevenson can play outside a LONGER time.

But what does all that have to do with LENT?

The word “Lent” originally comes from the old German word “langitinaz” meaning “long days.” In Old English (OE) the word “lencten” meaning “spring time” becomes closer to our spelling of the word LENT. The arrival of Spring, the renewal, the resurrection to a warm earth and long days was in all early European pagan cultures a time for celebration.

The medieval Church appropriated those Spring festivals and decided to call them “quadragesuma” meaning “40 days” in Latin. Interestingly, we wound our way back to the original German “long days” and the Old English “spring time”. The 40 days of Lent in the springtime were and still are observed as the preparation for the celebration of the Lord’s Passion on the Cross and His Resurrection—known as Easter/Pasch—a Hebrew word meaning “Passover.”

Some form of the Hebrew “Pasch/Passover” is in most Romance languages where it means the English “Easter”: French “Paques;” Spanish “Pascua;” Italian ”Pasqua,” etc. The Old and the New Testaments will always be bound together. The Jews and the Christians will always be kin.

The raison d’etre for Ash Wednesday which begins the c. 6 weeks of the Lenten Season is Genesis 3:19:

“By the sweat of your brow
you will eat your food
until you return to the ground,
since from it you were taken;
for dust you are
and to dust you will return.”

Christians often go to church on Ash Wednesday and have ashen crosses placed on their forehead. The ashes have often been made from burned palm fronds or other local trees considered “sacred.” The crosses on your head are to represent how temporary is this life and to represent your own repentance before God. 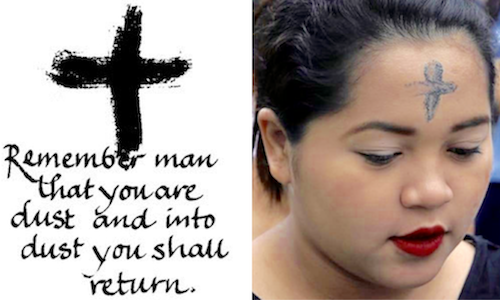 “Jesus, full of the Holy Spirit, left the Jordan and was led by the Spirit into the wilderness, where for forty days he was tempted by the devil. He ate nothing during those days, and at the end of them he was hungry. The devil said to him, ‘If you are the Son of God, tell this stone to become bread.’ Jesus answered, ‘It is written: “Man shall not live on bread alone.’” (Deuteronomy 8:3) The devil led him up to a high place and showed him in an instant all the kingdoms of the world. And he said to him, ‘I will give you all their authority and splendor; it has been given to me, and I can give it to anyone I want to. If you worship me, it will all be yours.’ Jesus answered, ‘It is written: “Worship the Lord your God and serve him only.” (Deuteronomy 6:13) The devil led him to Jerusalem and had him stand on the highest point of the temple. ‘If you are the Son of God,’ he said, ‘throw yourself down from here. For it is written: “He will command his angels concerning you to guard you carefully; they will lift you up in their hands, so that you will not strike your foot against a stone.”’ (Psalm 91:11,12) Jesus answered, ’It is said: “Do not put the Lord your God to the test.’” (in Deuteronomy 6:16) Luke 4:1-12

And the passage above where Satan, also, uses Scripture is the origin of Shakespeare’s saying in The Merchant of Venice: 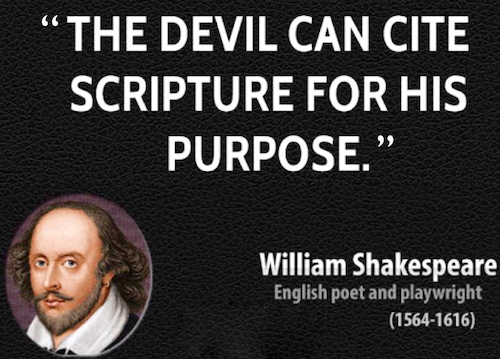 The 40 days of Lent begin to wind down on Palm Sunday, 7 days before Easter/Pasch Sunday. Most scholars have determined this event happened one week before His Resurrection. What has become known as Palm Sunday is described in all four Gospels: Matthew 21:1–11, Mark 11:1–11, Luke 19:28–44, John 12:12–19.

“The next day the great crowd that had come for the festival (Passover) heard that Jesus was on his way to Jerusalem. They took palm branches and went out to meet him, shouting, ‘Hosanna!’ ‘Blessed is he who comes in the name of the Lord!’ ‘Blessed is the king of Israel!’ Jesus found a young donkey and sat on it, as it is written: ‘Do not be afraid, Daughter of Zion; see, your king is coming,
seated on a donkey’s colt.’ (written by Zechariah 9:9 in 520-518 BC)
At first his disciples did not understand all this. Only after Jesus was glorified did they realize that these things had been written about him and that these things had been done to him.” John 12:12-16 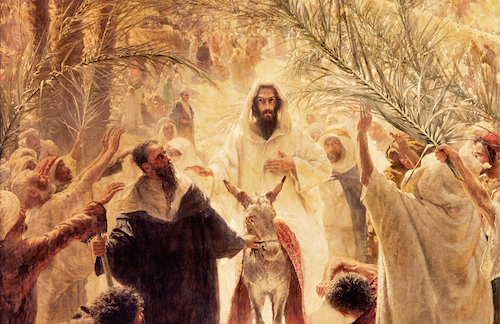 Jesus was crucified 5 days later on a Friday—called Good Friday because He was the final Blood Sacrifice for human sins. The Sunday after His death Jesus Resurrected from the dead as He had predicted He would: 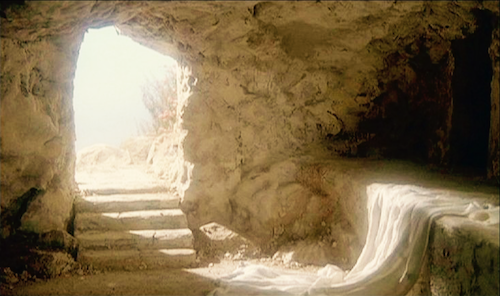 “They left that place and passed through Galilee. Jesus did not want anyone to know where they were, because he was teaching his disciples. He said to them, ‘The Son of Man is going to be delivered into the hands of men. They will kill him, and after three days he will rise.’ But they did not understand what he meant and were afraid to ask him about it.” Mark 30-32

The 40 days of Lent are over after the celebration of His Resurrection on Pasch/Easter Sunday.—Sandra Sweeny Silver