The Roman Republic lasted from its founding in 509 BC through the assassination of Julius Caesar in 44 BC and the crowning of Caesar Augustus as the first Emperor of Rome in 29 BC. During the time of the Spartan Republic, Rome had conquered and ruled most of Europe, the Near East and northern Africa.

Under the Caesars, Rome was fabulously wealthy and had lost her innocence. The rule of the Caesars was diametrically opposite to the Rome who had conquered her world.

Rome’s women, the foundation of her society, at the end of the Republic had become morally lax. But they were simply harbingers of what the rustic Roman’s conquest and subjugation of most of the known world would bring to Rome. It is impossible to say exactly what caused Rome to shed her old Spartan ways at the end of the Republic and direct her passions to money, ostentation and loose morals.

It is likely that the conquests by her military, the ever-increasing assimilation of the conquered, the tales of other cultures more wealthy than Rome and the opulent gold trophies of war displayed for all to see in the Republic’s public triumphs caused the provincial people of Rome, female and male, to marvel at and then covet other lifestyles less stringent and simple than their own.

The ancient Romans of the time of the Republic (509–27 BC), especially the women, were not immune to the fashions and fantastics they had seen in more elevated cultures. When the 1st century BC Roman General Lucullus, best remembered for his sumptuous and extravagant “Lucullan feasts,” brought back to Rome a small taste of the opulence of the Turkish ruler Mithridates’ kingdom, all Rome was stunned: 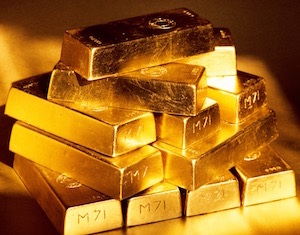 “…a golden image of Mithridates six feet high, a shield set with precious stones, twenty loads of silver vessels, and thirty-two of golden cups, armor and money all carried by men. Besides which, eight mules were laden with golden couches, fifty-six with gold bullion, and a hundred and seven with coined silver, little less than two million seven hundred thousand pieces.” Plutarch, Lives: Life of Lucullus 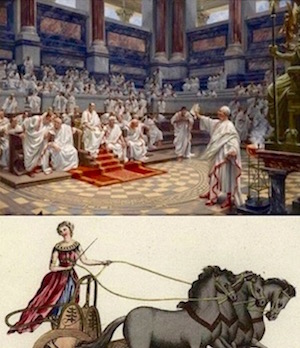 It was during the second Punic War in 218-201 BC that the Lex Oppia was enacted by the Roman Senate. It was a sumptuary (restrictive) law designed ostensibly to save money during wartime. The law was directed entirely against women. It specified that no woman could wear more than half an ounce of gold or wear a garment of expensive mingled colors or drive her carriage and horses within a mile of Rome’s city limits unless she was attending a religious rite. In 195 BC, 20 years after the Law was passed, the war was over and Rome was drenched in Carthaginian riches, but the law was still in effect.

This time the emboldened Roman women took to the streets for its repeal. Cato the Elder (234-149 BC), a defender of the “good old days,” argued passionately before the Senate for the Law’s enforcement:

“…it was with something like a blush of shame that I made my way just now to the Forum through the midst of an army of women….if modesty restrained matrons within the limits of their own rights, it would not become these women to be concerned about the question of what laws should be passed or repealed in this (Senate)….Citizens of Rome, if each one of us had set himself to retain the rights and the dignity of a husband over his own wife, we should have less trouble with women as a whole sex….It is because we have not kept them under control individually that we are now terrorized by them collectively….Our ancestors refused to allow any woman to transact even private business without a guardian to represent her; women had to be under the control of fathers, brothers or husbands…

But we, heaven preserve us, are now allowing them even to take part in politics….Give a free rein to their undisciplined nature, to this untamed animal, and then expect them to set a limit to their own license…

What they are longing for is complete liberty, or rather, if we want to speak the truth, complete license. Indeed, if they carry this point (to repeal Lex Oppia), what will they not attempt? Run over all the law relating to women whereby your ancestors curbed their license and brought them into subjection to their husbands. Even with all these bonds, you can scarcely restrain them….The very moment they begin to be your equals, they will be your superiors.” Livy, History 34.2.3

Ancient Cato’s argument still persists in parts of our modern world and in the secret recesses of minds. That day in ancient Rome the women won the day and the Lex Oppia was overwhelmingly repealed by the men (their husbands, uncles, fathers) in the Senate. The women, bedecked in all their finery, celebrated by parading through the streets and around the Forum.— Sandra Sweeny Silver 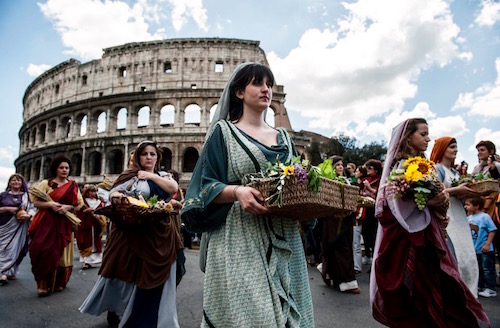