A couple days ago my Christian friend Cynthia and I were talking about life and ways of looking at existence and I said a saying of mine: “You can catalog your way to defeat or you can praise your way to victory.” Cynthia grabbed a scrap of paper and a pen and said to me, “I like that. Say it again.” I did and she started writing a bunch of squiggly circles and half circles and different strange configurations on the scrap of paper. When she finished, I said, “What in the world is that?!” “Oh, it’s just Gregg’s shorthand.” My curiosity was piqued and I looked up “shorthand.”

Shorthand or “stenography” meaning “close, little writing” has more technical names: brachygraphy meaning “short writing” and tachygraphy meaning “swift writing.” Its historical advantage is/was obvious for recording court proceedings and testimonies, legislative proceeding, business meetings and correspondences and for those in need of getting words on paper in a hurried manner.

Way back in the first century BC Marcus Tullius Tiro (died 4 BC at age c. 99 years) was a slave of the Roman orator and politician Cicero (106-43 BC). Tiro aka Tyro was Cicero’s “right hand man” who invented the first form of “shorthand writing.” His invention of a short way of writing Latin long words and sentences is called Tironian shorthand.

There is a saying: “If necessity is the mother of invention, she is never more pregnant than with me.” As an orator and politician, Cicero “talked” frequently and a lot. It was Tiro’s duty to record every thing he had said. When Cicero was orating in the Senate of Rome, Tiro was there recording every word in the shorthand he had devised.

Cicero freed Tiro and he became a wealthy and well-known freedman outliving his master Cicero by 39 years. Tiro’s method of Latin shorthand (aka stenography) outlived him by over a thousand years because it was re-used over and over again by monks in recording old Latin texts and Bibles.

If Tiro in the first century BC had figured out a way to write quickly in Latin, it is probable that previous cultures had done the same with their languages. It is interesting to note that more “modern” men have written their works first of all in shorthand: Samuel Pepys’ (1633-1703) extremely interesting Diary was first written in shorthand and then translated into English for its publication in 1825. George Bernard Shaw (1856-1950), the Irish dramatist and writer, wrote his plays in shorthand. Needless to say, many of Cicero’s speeches have been preserved in Tiro’s shorthand. It is alleged many of Martin Luther’s sermons and many of Shakespeare’s plays were preserved in shorthand. 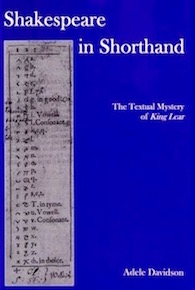 Apparently there are many copies of Shakespeare’s plays in shorthand. In1602 a British clergyman John Willis (c. 1577-1625) published The Art Of Stenographie. This system of short writing is featured in one of the existing King Lear quartos and has caused some consternation in the academic community

Plutarch (45-127 AD) in his Parallel Lives. Cato. Mi 23:3 praises Cicero’s Tiro and his students for preserving in shorthand the only extant speech of the great Cato the Elder (234-149 BC): 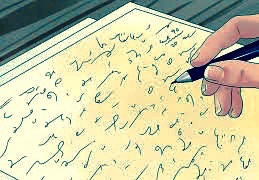 “This is the only speech of Cato which has been preserved, we are told, and its preservation was due to Cicero the consul, who had previously given to those clerks who excelled in rapid writing instruction in the use of signs, which, in small and short figures, comprised the force of many letters; these clerks he had then distributed in various parts of the senate-house.

For up to that time the Romans did not employ or even possess what are called shorthand writers, but then for the first time, we are told, the first steps toward the practice were taken.” (Tr. by Bernadotte Perrin)

In case the reader would like to learn shorthand, below is the alphabets of Pitman (1837) and Gregg (1888) who have carried on this ancient tradition of “swift writing.”—Sandra Sweeny Silver 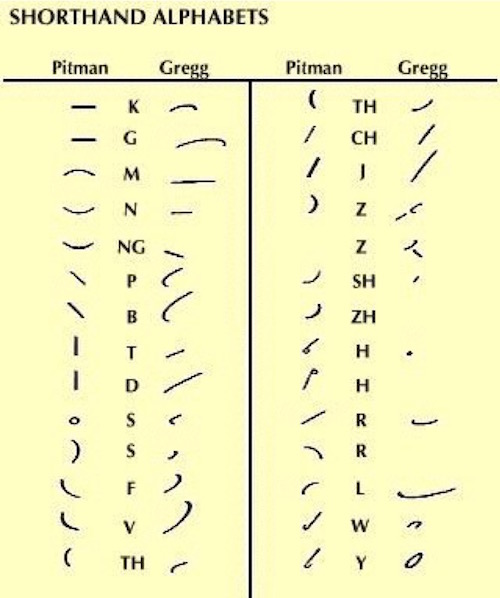