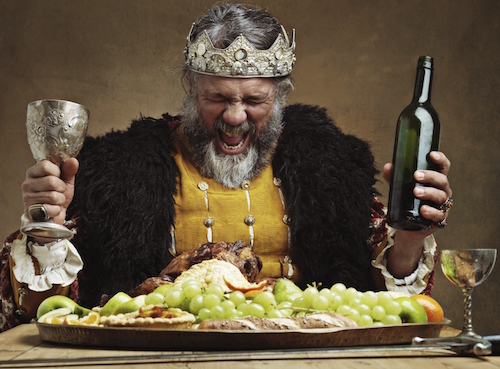 The seven deadly sins according to the Christian tradition are: the sins of pride, covetousness, lust, anger, envy, sloth and gluttony.

Certainly the Roman gourmand Marcus Gabius Apicius who lived in the first century AD during the reign of the Emperor Tiberius (14-37 AD) was a deadly vicim of gluttony. He is described by his contemporary, the poet Martial (c. 40-c. 103 AD) in his Epigrams 3.22:

“After you’d spent 60 million (sesterces) on your stomach, Apicius, 10 million still remained, an embarrassment, you said, fit only to satisfy mere hunger and thirst. So your last and most expensive meal was poison…Apicius, you never were more a glutton than at the end.”

His dwindling millions could not be enough for Apicius who committed suicide rather than in his future being deprived of the food and drink he had always gobbled up.

The legendary Biblical Wise Man, King Solomon (c. 970-931 BC), says about the dangers of gluttony: 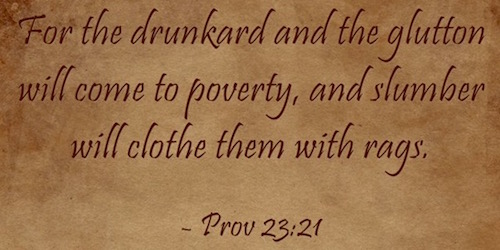 Proverbs 28:7—“A discerning son heeds instruction, but a companion of gluttons disgraces his father.”

The etymological origin of “‘gluttony” is the Latin gluttonem meaning “overeater.” The definition of “glutton” in the Oxford English Dictionary is: “Habitual greed or excess in eating.” Apicius was definitely an habitual and eventually a suicidal glutton.

Another very famous ancient glutton was Emperor Vitellius (right). He reigned April 16, 69 AD as the third Emperor of Rome that year, and was assassinated 8 months later on December 22, 69.

Vitellius lived in the very unsettled Year Of the Four Emperors in Rome. Emperor Vespasian became the fourth Emperor in that same year after Vitellius’ assassination by the Praetorian Guard. Vespasian ruled a stable ten years until 79 AD.

This author believes a contemporary of Vitellius (or any ancient historian) is more able to describe an ancient person than a modern like me. Fortunately, we have a contemporary with Vitellius in the historian Suetonius who speaks of this Emperor in his Lives of the Twelve Caesars: Vitellius, 13:

“But Vitellius’ besetting sins were luxury and cruelty. He divided his feasts into three, sometimes into four a day, breakfast, luncheon, dinner, and a drinking bout; and he was readily able to do justice to all of them through his habit of taking emetics (now called bulimia). Moreover, he had himself invited to each of these meals by different men on the same day, and the materials for any one of them never cost less than four hundred thousand sesterces (c. $620,000). 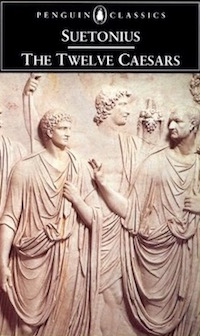 Most notorious of all was the dinner given by his brother to celebrate the emperor’s arrival in Rome, at which two thousand of the choicest fishes and seven thousand birds are said to have been served. He himself eclipsed even this at the dedication of a platter, which on account of its enormous size he called the ‘Shield of Minerva, Defender of the City.’ 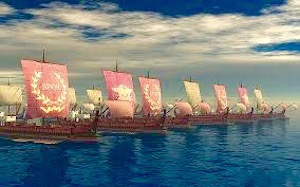 In this he mingled the livers of pike, the brains of pheasants and peacocks, the tongues of flamingoes and the milt (organs) of lamprey eels, brought by his navy captains and triremes from the whole empire, from Parthia to the Spanish strait. (The Roman navy searched for these delicacies!).

Being besides a man of an appetite that was not only boundless, but also regardless of time or decency, he could never refrain, even when he was sacrificing or making a journey, from snatching bits of meat and cakes amid the altars, almost from the very fire, and devouring them on the spot; and in the cook shops along the road, viands smoking hot or even those left over from the day before and partly consumed, he devoured.”

One hundred and fifty-three years after the assassination of the gluttonous Emperor Vitellius, the morally depraved and would-be gourmet Emperor Elagabalus (right) was, also, assassinated by the Praetorian Guard. The king-maker and breaker Praetorian Guards had endured Elagabalus since he became Emperor at age 15.

The anonymous and controversial author of Historia Augusta gives quite a prurient and exhaustive biography of the young Emperor. This author will not relate his sexual perversions but will give the anonymous author’s examples of Elagabalus’ extravagance and feasts from Historia Augusta 2.18-21:

“Concerning his life many filthy anecdotes have been put into writing, but since they are not worthy of being recorded (however, the author records them in detail!), I have thought I ought to relate only such deeds as illustrate his extravagance…. he himself declared that his models were Apicius among commoners and, among emperors, Otho and Vitellius….he gave summer-banquets in various colors, one day a green banquet, another day an iridescent one, and next in order a blue one, varying them continually every day of the summer. Moreover, he was the first to use silver urns and casseroles, and vessels of chased silver, one hundred pounds in weight, some of them spoiled by the lewdest designs.

He was also the first to concoct wine seasoned with mastich (a resin) and with pennyroyal and all such mixtures…. And rose-wine, of which he had learned from others….In fact, Indeed, for him life was nothing except a search after pleasures. He was the first to make force-meat of fish, or of oysters of various kinds or similar shell-fish, or of lobsters, crayfish and squills (aka sea onions of the lily family). 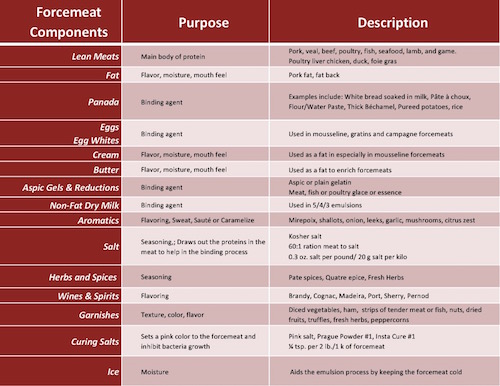 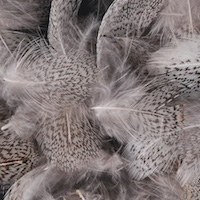 He used to strew roses and all manner of flowers, such as lilies, violets, hyacinths, and narcissus, over his banqueting-rooms, his couches and his porticoes, and then stroll about in them. He would refuse to swim in a pool that was not perfumed with saffron or some other well-known essence. And he could not rest easily on cushions that were not stuffed with rabbit-fur or feathers from under the wings of partridges….

He often showed contempt for the senate, calling them slaves in togas, while he treated the Roman people as the tiller of a single farm and the equestrian order as nothing at all. He frequently invited the city-prefect to a drinking-bout after a banquet and also summoned the prefects of the guard, sending a master of ceremonies, in case they declined, to compel them to come…. 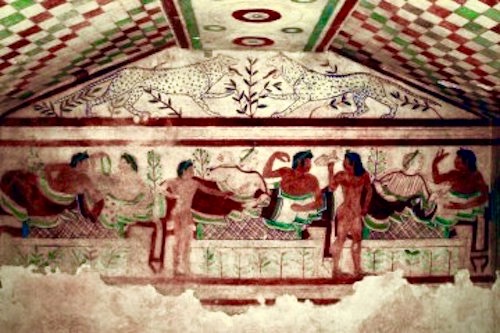 He had couches made of solid silver for use in his banqueting-rooms and his bed-chambers. In imitation of Apicius he frequently ate camels-heels and also cocks-combs taken from the living birds, and the tongues of peacocks and nightingales, because he was told that one who ate them was immune from the plague. 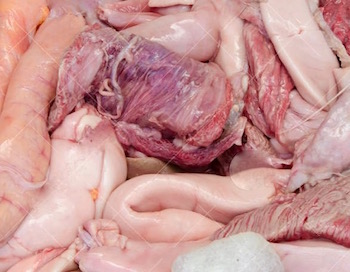 He served to the palace-attendants, moreover, huge platters heaped up with the viscera of mullets, and flamingo-brains, partridge-eggs, thrush-brains, and the heads of parrots, pheasants, and peacocks. And the beards of the mullets that he ordered to be served were so large that they were brought on, in place of cress or parsley or pickled beans or fenugreek, in well filled bowls and disk-shaped platters….

He fed his dogs on goose-livers. Among his pets he had lions and leopards, which had been rendered harmless and trained by tamers, and these he would suddenly order during the dessert and the after-dessert to get up on the couches, thereby causing an amusing panic, for none knew that the beasts were harmless. He sent grapes from Apamea to his stables for his horses, and he fed parrots and pheasants to his lions and other wild animals. For ten successive days, moreover, he served wild sows’ udders with the matrices, at the rate of thirty a day, serving, besides, peas with gold-pieces, lentils with onyx, beans with amber, and rice with pearls; and he also sprinkled pearls on fish and truffles in lieu of pepper. In a banqueting-room with a reversible ceiling he once overwhelmed his parasites ( another name for “guests”) with violets and other flowers, so that some were actually smothered to death, being unable to crawl out to the top. 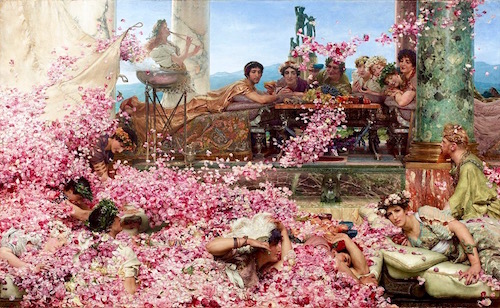 Indeed he was the first to introduce this practice of giving chances, which we still maintain. And the performers too he invited to what really were chances, giving as prizes a dead dog or a pound of beef, or else a hundred aurei, or a hundred pieces of silver, or a hundred coppers….All this so pleased the populace that after each occasion they rejoiced that he was emperor.”

Elagabalus proves the Roman maxim on how to control the masses: “panem et circenses.” Populaces then and now have always been controlled by “free bread and free entertainment.” But it is not possible for their masters to control their own gluttony for power—or for other vices like over-eating.

The OED defines “gourmand” as “a person who enjoys eating and often eats too much.”

The OED defines “gourmet” as “A connoisseur of good food; a person with a discerning palate.”