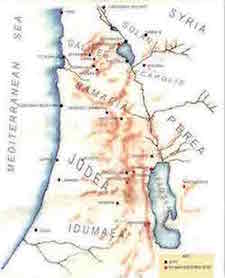 “One day Jesus was teaching, and Pharisees and teachers of the law (Scribes) were sitting there. They had come (to observe Jesus) from every village of Galilee and from Judea and Jerusalem.

And the power of the Lord was with Jesus to heal the sick. Some men came carrying a paralyzed man on a mat and tried to take him into the house to lay him before Jesus. When they could not find a way to do this because of the crowd, they went up on the roof and lowered him on his mat through the tiles into the middle of the crowd, right in front of Jesus. When Jesus saw their faith, he said, ‘Friend, your sins are forgiven.’ The Pharisees and the teachers of the law began thinking to themselves, ‘Who is this fellow who speaks blasphemy? Who can forgive sins but God alone?’ 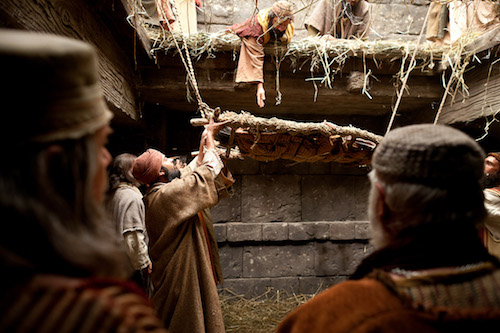 Jesus knew what they were thinking and asked, ‘Why are you thinking these things in your hearts? Which is easier: to say, Your sins are forgiven, or to say, Get up and walk. But I want you to know that the Son of Man has authority on earth to forgive sins.’ So he said to the paralyzed man, ‘I tell you, get up, take your mat and go home.’ Immediately he stood up in front of them, took what he had been lying on and went home praising God. Everyone was amazed and gave praise to God. They were filled with awe and said, ‘We have seen remarkable things today.’” Luke 5:17-26

“Pharisee” comes from the Aramaic word perishayya meaning “separated, separatist.” In the time of Jesus they were a very influential religious sect which practiced strict observance of written Biblical laws as well as the oral/man-made laws in the Halakhah. The Jewish historian Josephus (37–100 AD) whose Hebrew name was Yosef ben Matityahu writes “at the time of Herod (73–4 BC) the Pharisees numbered about 6,000.” Antiquities 17.2.4 “Teachers of the law,” aka “Scribes” were rabbis whose specialty was expounding on and teaching the Old Testament laws as well as the oral laws in the Halakhah. All religious instruction of the young and old was done by Scribes.

“Then Jesus said to the crowds and to his disciples: ‘The teachers of the law (Scribes) and the Pharisees sit in Moses’ seat. So you must be careful to do everything they tell you. But do not do what they do, for they do not practice what they preach. They tie up heavy, cumbersome loads and put them on other people’s shoulders, but they themselves are not willing to lift a finger to move them. Everything they do is done for people to see: They make their phylacteries wide and the tassels on their garments long; they love the place of honor at banquets and the most important seats in the synagogues; they love to be greeted with respect in the marketplaces and to be called ‘Rabbi’ by others.”

Jesus did not like or give respect to the Scribes or Pharisees. Nor did the ruling classes of the Jews, especially the Pharisees, like or revere Jesus. The Pharisees even accused Jesus of doing miracles in the name of Satan.

“Jesus stepped into a boat, crossed over and came to his own town (then Capernaum). Some men brought to him a paralyzed man, lying on a mat. When Jesus saw their faith, he said to the man, ‘Take heart, son; your sins are forgiven.’ At this, some of the teachers of the law said to themselves, “This fellow is blaspheming!”….As Jesus went on from there, two blind men followed him, calling out, ‘Have mercy on us, Son of David!’ 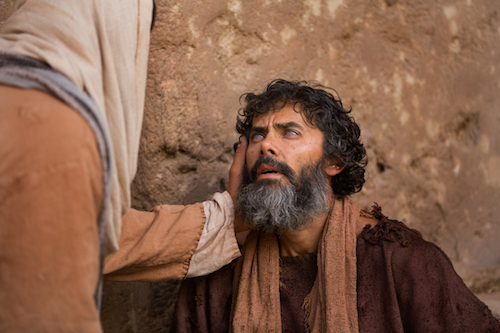 When he had gone indoors, the blind men came to him, and he asked them, ‘Do you believe that I am able to do this?’ ‘Yes, Lord,’ they replied. Then he touched their eyes and said, ‘According to your faith let it be done to you’; and their sight was restored. Jesus warned them sternly, ‘See that no one knows about this.’ But they went out and spread the news about him all over that region. While they were going out, a man who was demon-possessed and could not talk was brought to Jesus. And when the demon was driven out, the man who had been mute spoke. The crowd was amazed and said, ‘Nothing like this has ever been seen in Israel.’ But the Pharisees said, ‘It is by the prince of demons (Beelzebub/Satan) that he drives out demons.’’’ Matthew 9 1-3; 27-34

The ruling Pharisees and Scribes kept a wary and suspicious eye on this very popular Teacher and miracle-worker Jesus and tenaciously followed Him wherever He went. Some of the Pharisees even invited Jesus to have dinner with them in their homes:

“…a Pharisee invited (Jesus) to eat with him, so he went in and reclined at the table.

But the Pharisee, noticing that Jesus did not first wash before the meal, was surprised. Then the Lord said to him, ‘Now then you Pharisees clean the outside of the cup and dish, but inside you are full of greed and wickedness. You foolish people! 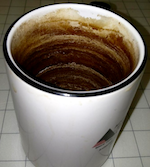 Did not the one who made the outside make the inside also? But give what is inside the dish to the poor, and everything will be clean for you’….One of the experts of the law (Scribes who were mostly Pharisees) answered him, ‘Teacher, when you say these things you insult us also.’ Jesus replied, ‘And you experts of the law, woe to you, because you load people down with burdens they can hardly carry, and you yourselves will not lift one finger to help them’….When Jesus left there, the Pharisees and teachers of the law began to oppose him fiercely and to besiege him with questions, waiting to catch him in something he might say.” Luke 11:37-53 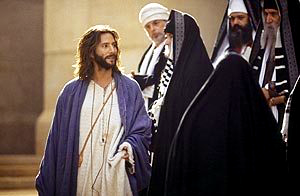 Jesus mingled with His opponents as well as with the thousands who loved and followed Him. Even though Jesus was a volatile guest, the invitations to dinner kept coming. At first these invitations were out of curiosity about His teachings and identity. As Jesus’ ministry grew and His antipathy to the religious leaders became apparent, they invited Him to discredit and to entrap Him:

“One Sabbath when Jesus went to eat in the house of a prominent Pharisee, he was being carefully watched.

There in front of him was a man suffering from dropsy (swelling as a result of the accumulation of fluids in the body). Jesus asked the Pharisees and experts in the law. ‘Is it lawful to heal on the Sabbath or not?’ But they remained silent. So taking hold of the man, he healed him and sent him away. Then he asked them, ‘If one of you has a son or an ox that falls into a well on the Sabbath day, will you not immediately pull him out?’ And they had nothing to say.” Luke 14:1-6 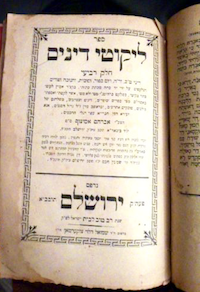 Jesus saw the snare. They had placed the man with dropsy right in front of Him to see if He would break the Halakhah laws of the Sabbath and heal the afflicted man.

CLICK HERE for article on Jesus Versus Jewish Law

Jesus asked the Pharisees: “What do you think I should do with this man? It is the Sabbath. Should I heal him or not?” Jesus had turned the tables on them. They remained silent. Jesus healed the man and then asked the Pharisees whether they would rescue their own son on a Sabbath day if he fell into a well. The question answered itself: “Of course, you would. You would immediately pull him out so that he would not drown.” The Bible says, “And they had nothing to say.”

Just because they remained silent did not mean the Pharisees concurred with Jesus. The Nazarene was a worthy sparring partner. They may even have remembered that several Sabbaths before this one Jesus had healed a crippled woman in a synagogue and had demolished the objections of the ruler of that synagogue. (Luke 13:10-17)

Beware of believing the “words of men” as doctrine rather than the “Words of God” in the Bible.—Sandra Sweeny Silver