Albecht Altdorfer (1480-1538) was a German painter who defied all the extravagant, elegance-clad paintings of the Birth of Jesus like this one by Grunewald (left). Grunewald’s  contemporary Albecht Altdorfer painted the Nativity taking place in a broken-down, bleak world (below right). Bravo, Albecht, you have painted the truth.

Jesus’ birth occurred in the small town of Bethlehem: 5 miles from Jerusalem; population then c. 850. The little village was chock-full of people who were coming from all over the Roman world back to the place of their birth to register for a world-wide Roman census. By the time Mary and Joseph arrived in Joseph’s birthplace, all the inns in Bethlehem were full. Mary was in labor so they took refuge in a cave/barn where Jesus was born and placed in a trough from which animals were fed:

“While they were there, the time came for the baby to be born, and she gave birth to her firstborn, a son. She wrapped him in cloths and placed him in a manger, because there was no guest room available for them.” Luke 2:6,7 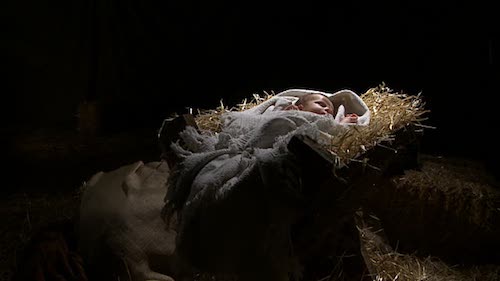 Over the millennia, there have been many conjectures regarding the dates of Jesus’ birth, the coming of the Magi and of His death. [Click on the articles below for more about the Magi].

Who Were The Magi

Visit Of The Magi 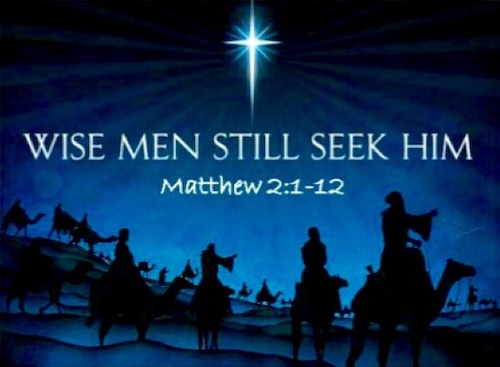 We know in Scripture that Jesus was born “during the time of King Herod.” (Matthew 2:1) According to Josephus in Wars Of The Jews 1.33.5-8, Herod died at Jericho in 4 BC. Jesus’ birth then had to have occurred toward the end of Herod’s life in c. 6-4 BC. Most Biblical scholars posit 6-4 BC as the date of Jesus’ birth.

In the interest of truth and inquiry, however, Eusebius’ c. 324 Ecclesiastical History 1.5 must be put forth:

“It was in the 42nd year of the reign of Augustus and the 28th after the conquest of Egypt and the deaths of Antony and Cleopatra, the last of the Ptolemaic dynasty, that our Savior and Lord, Jesus Christ, was born in Bethlehem of Judea in accordance with the prophecies concerning him. This was at the time of the first census, which took place while Quirinius was governor of Syria, a registration mentioned also by Flavius Josephus.”

Eusebius in the early 300’s was much closer to documents and oral tradition than we are 2,000 years later. However, his 2 BC date obviates the interaction between Herod and Jesus by conflicting with the date Josephus gives for the death of Herod in 4 BC. We know that Herod the Great interacted with the Magi sent by Phraates IV, King of Parthia (Persian Empire):

“After Jesus was born in Bethlehem in Judea, during the time of King Herod, Magi from the east came to Jerusalem  and asked, “Where is the one who has been born king of the Jews? We saw his star when it rose and have come to worship him.” When King Herod heard this he was disturbed, and all Jerusalem with him. When he had called together all the people’s chief priests and teachers of the law, he asked them where the Messiah was to be born. ‘In Bethlehem in Judea,’ they replied, ‘for this is what the prophet has written: But you, Bethlehem, in the land of Judah, are by no means least among the rulers of Judah; for out of you will come a ruler who will shepherd my people Israel. (Micah 5:2 written c. 750-686 BC) Then Herod called the Magi secretly and found out from them the exact time the star had appeared. He sent them to Bethlehem and said, ‘Go and search carefully for the child. As soon as you find him, report to me, so that I too may go and worship him.’” (Matthew 2:1-8) 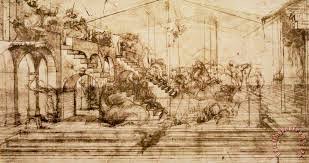 Although we have some other perspective sketches (left) of da Vinci’s c. 1481 Adoration of the Magi, the painting itself never got beyond this sepia-like painting in the Uffizi Gallery (below). Some think the young man at the far right of the painting is da Vinci himself when he was a young man of 29.

After the Magi had presented their gifts to Jesus, they were warned in a dream to leave Judea and bypass Herod. Herod did not know, therefore, exactly where in Bethlehem the pretender to his throne could be found. So he, who had murdered three of his own sons, sent soldiers to Bethlehem to kill all the toddler sons in Bethlehem.

“When they (Magi) had gone, an angel of the Lord appeared to Joseph in a dream. ‘Get up,’ he said, ‘take the child and his mother and escape to Egypt. Stay there until I tell you, for Herod is going to search for the child to kill him.’ So he got up, took the child and his mother during the night and left for Egypt, where he stayed until the death of Herod. And so was fulfilled what the Lord had said through the prophet: ‘Out of Egypt I called my son.’ When Herod realized that he had been outwitted by the Magi, he was furious, and he gave orders to kill all the boys in Bethlehem and its vicinity who were two years old and under, in accordance with the time he had learned from the Magi.Then what was said through the prophet Jeremiah (c.600 BC) was fulfilled:  ‘A voice is heard in Ramah, weeping and great mourning. Rachel weeping for her children and refusing to be comforted, because they are no more.’” Matthew 2:13-18

Few doubt that Herod and the Magi met and Herod slaughtered Bethlehem children trying to kill in his broad net of murders the King of the Jews. The almost certain date of Herod’s death in 4 BC has always been the problem with Eusebius’ later date of 2 BC as Jesus’ birth date.

Discrepancies in ancient dates may, however, be accounted for by the use of different calendrical lunar and solar calculations. There are Hebrew calendar dates, AUC Roman calendar dates, Julian calendar dates and Gregorian calendar dates. As Eusebius says in the Preface to his Chronicle detailing chronological tables from the very earliest times down to his own time in the 320’s AD: “…no one…should believe that he is calculating dates with full accuracy and be deceived in that way.”

For the approximate dates of Jesus’ birth (6-4 BC), life, death and His resurrection we do, however, have extra-Biblical ancient markers.—Sandra Sweeny Silver