Agrippa Junior and his sister Berenice were two of the five children born to Agrippa I and his wife Cypros. Their father, though inheritor of Herod’s throne, was a wastrel who dragged his family all over the Middle East from pillar to post trying to escape his debtors. The men in the Herod dynasty were all descendants from Herod the Great, the Idumean Arab who was the first Roman-appointed King of the Jews in Jerusalem and is famous for trying to kill Jesus in the Slaughter of the Innocents c. 4-6 BC. (Matthew 2:13-18) Agrippa and Berenice’s childhood was filled with instability and they inherited the “bad blood” seen in all of Herod the Great’s (73—4 BC) descendants.

Agrippa II and Berenice spent years of their childhood and most of their adult life in Rome where all Roman client-kings like their father Agrippa I sent their royal children to be educated. Thus, the two siblings, Herod the Great’s great-grandchildren, were Romanized and began an incestuous relationship, even though Berenice was politically married off occasionally to several small kingdom’s kings. She had three husbands , the first when she was 13. The three marriages all ended and by age 22 she was single again. 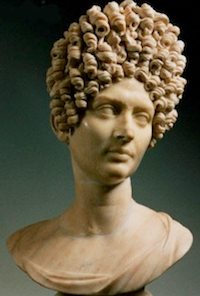 Berenice (left) and Agrippa lived together in Rome and soon it was rumored they were incestuous. Not much shocked the Romans, but this was prohibited in all the laws of the ancient world. One could marry a close relative like an uncle, aunt or first cousin but never a brother or a sister. That was anathema (Latin “anathema” “a cursed thing”). Agrippa’s contemporary, the Roman Juvenal (c. 55-130 AD) in his Satire 6, made open fun of Agrippa and Berenice and of Jewish customs: “…a diamond of great renown, made precious by the finger of Berenice. It was given as a present…by the barbarian Agrippa to his incestuous sister in that country (Judea) where kings celebrate festal sabbaths with bare feet and where a long-established clemency suffers pigs to attain old age.”

In order to escape this rumor/truth, Berenice contracted her third marriage in c. 50 AD with Poleme, King of Cilicia (in modern Turkey).

Poleme did not want the marriage but was persuaded by a great deal of money: “…when the report went that she had criminal conversation (sex) with her brother Agrippa, (Berenice) persuaded Poleme, who was king of Cilicia, to be circumcised and to marry her, as supposing that by this means she should prove those calumnies upon her to be false; and Poleme was prevailed upon and that chiefly on account of her riches. Yet did not this matrimony endure long; but Berenice left Poleme, and, as was said, with licentious intentions.” Josephus, Antiquities 20.7.3. She went back to her brother Agrippa.
As Berenice and Agrippa were living their Roman-like lives in the early 50’s AD, the Christian movement was sprouting right under their noses. 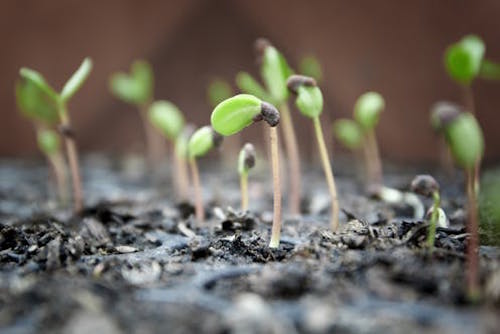 While Berenice was in Cilicia, Paul’s home area, with Poleme, King of Cilicia, they never met. That would be later, about ten years later. Emperor Claudius who had “brought up (raised)” Agrippa when he was sent as a young boy to Rome to be educated, gave his “friend whom I brought up,and have now with me,” the kingdom of Jerusalem in c. 54 according to Josephus Antiquities 20.1,2.

Agrippa and 22-year-old Berenice traveled between their palace in Tarsus and their palace in Jerusalem. Agrippa made sure the work on his great-grandfather Herod’s Second Temple was completed. Herod’s 35-acre Temple Compound (below) had been started in c. 19 BC but the work on and ornamentation of the huge complex was not completed under Herod Agrippa II until 63 AD, 67 years after Herod’s death and only seven years before its destruction by the Romans in 70 AD.

Ten years had passed since Paul and Berenice, Agrippa’s sister, were in Cilicia during her brief marriage to Poleme, King of Cilicia. It is sure they never met at that time. But they would meet several days after Paul had been calumniated before Festus by the Jerusalem priests. Berenice was now 32 and her brother/ lover Agrippa was 33. The two arrived in Caesarea to kindle the relationship between Agrippa who oversaw the Temple in Jerusalem for Rome and the new Roman Procurator (“manager, overseer”) Festus. Paul is to undergo another trial before Festus, Agrippa and Berenice where he would plead his case for Christ which the Jews in Jerusalem opposed. In the audience room that day were “high-ranking military officers, prominent men of the city” along with Paul, Festus, Berenice and Agrippa who had told Festus he would like to hear this Paul himself:

“At the command of Festus, Paul was brought in. Festus said: ‘King Agrippa, and all who are present with us, you see this man! The whole Jewish community has petitioned me about him in Jerusalem and here in Caesarea, shouting that he ought not to live any longer. I found he had done nothing deserving of death, but because he made his appeal to the Emperor (Nero) I decided to send him to Rome. But I have nothing definite to write to His Majesty about him. Therefore I have brought him before all of you, and especially before you, King Agrippa, so that as a result of this investigation I may have something to write. For I think it is unreasonable to send a prisoner on to Rome without specifying the charges against him’….Then Agrippa said to Paul, ‘You have permission to speak for yourself.’ So Paul motioned with his hand and began his defense: ‘King Agrippa, I consider myself fortunate to stand before you today as I make my defense against all the accusations of the Jews, and especially so because you are well acquainted with all the Jewish customs and controversies. Therefore, I beg you to listen to me patiently…. And now it is because of my hope in what God has promised our ancestors that I am on trial today…. I too was convinced that I ought to do all that was possible to oppose the name of Jesus of Nazareth….I was so obsessed with persecuting them that I even hunted them down in foreign cities. On one of these journeys I was going to Damascus with the authority and commission of the chief priests. About noon, King Agrippa, as I was on the road, I saw a light from heaven, brighter than the sun, blazing around me and my companions. We all fell to the ground, and I heard a voice saying to me in Aramaic, ‘Saul, Saul, why do you persecute me? It is hard for you to kick against the goads’ (a spiked stick used for driving cattle). Then I asked, ‘Who are you, Lord?’ ‘I am Jesus, whom you are persecuting,’ the Lord replied. ‘Now get up and stand on your feet. I have appeared to you to appoint you as a servant and as a witness of what you have seen and will see of me’…. That is why some Jews seized me in the temple courts and tried to kill me….The king rose, and with him the governor and Bernice and those sitting with them. After they left the room, they began saying to one another, “This man is not doing anything that deserves death or imprisonment.’ Agrippa said to Festus, ‘This man could have been set free if he had not appealed to Caesar.’” Acts 25:13-27: 26:1-32

And to Rome Paul went. Some believe he was imprisoned for several years at that first trial and then was released and went to Spain to evangelize the people there.

The Jews were very hard to govern. They considered themselves “free people’ and constantly rebelled against Roman rule. Agrippa and Berenice tried to ameliorate the problem but could not. The Romans had had enough. In 67 General Vespasian and his 31-year-old son Titus arrived in Judea and began take the Jews’ territory city by city. Berenice, now 43, became the young Titus’ mistress and was with him in the years leading up to Jerusalem’s destruction.

After his victory in Jerusalem, the victorious Titus took Berenice back to Rome with him. Agrippa followed:

“Berenice was at the very height of her power and consequently came to Rome along with her brother Agrippa. The latter was given the rank of Praetor (municipal administrator), while Berenice dwelt in the palace, cohabiting with Titus. She expected to marry him and was already behaving in every respect as if she were his wife; but when Titus perceived that the Romans were displeased with the situation, he sent her away. For, in addition to all the other talk that there was, certain sophists of the Cynic school managed somehow to slip into the city at this time too; and first Diogenes, entering the theater (the Theater of Marcellus in modern Rome) when it was full, denounced the pair in a long, abusive speech, for which he was flogged; and after Diogenes there was Heras, expecting no harsher punishment, gave vent to many senseless yelpings in true Cynic fashion, and for this ranting he was beheaded.” Cassius Dio (c. 150-235), Roman History: Epitome of Book 65

Berenice was forced to go back again to her brother Agrippa. Agrippa’s and Berenice’s relationship was considered scandalous enough to be fodder for Roman and other pagan writers, like Cassius Dio, for over a hundred years after they were both dead. Their incest violated all pagan laws. Even though Agrippa had no wives or lovers, Berenice acted the royal woman of her time and had husbands and lovers, the most famous of which was the Roman Emperor Titus. It seems that Titus loved Berenice, but he could not endure the constant gossiping and the drubbing Berenice received by Greek Cynics like Diogenes and Heras in public forums. Though he punished the offenders with a flogging and a beheading, Titus knew the rumors would never cease. He gave Berenice back to Agrippa and that is all we know of the rest of her life or of her death. But from the 1600’s until contemporary times, there has been a revival of interest in Berenice. She has inspired innumerable dramas, operas, novels and films, mostly about her relationship with the young future Emperor Titus. Agrippa II lives on through the Book of Acts in the Bible, in the works of Josephus, in some ancient citations and in occasional historical references to his incestuous relationship with his sister Berenice.