Unless one believes Moses is the most brilliant scientific mind who ever existed or ever will exist upon the face of the earth because of his prescient, extensive knowledge 3,500 years ago of scientific and medical facts which our scientists in the last hundreds of years are just discovering—unless one believes that, one has to accept what the Bible says: “God gave those hundreds of laws to Moses.”

“These are the statutes and ordinances and laws which the Lord established between Himself and the sons of Israel through Moses at Mount Sinai.” Leviticus 26:46

“Moses spoke to the children of Israel, according to all that the Lord had commanded him to give to them.” Deuteronomy 1:3

“See, I have taught you decrees and laws as the Lord my God commanded me, so that you may follow them in the land you are entering to take possession of it.” Deuteronomy 4:5

“…what great nation is there that has statutes and judgments as righteous as this whole law which I (Moses) am setting before you today?” Deuteronomy 4:8 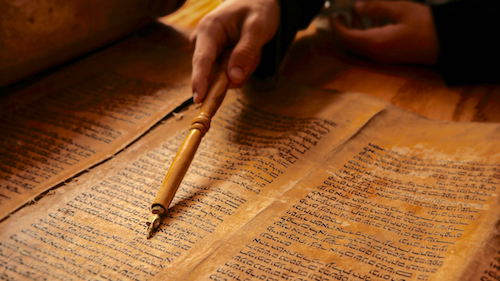 Moses wrote down health laws, dictated to him by God, which were hundreds and thousands of years before they were discovered by doctors/scientists.

Below is the first written law for quarantine in c. 1500 BC. It comes from the book of Leviticus in the Old Testament Bible.

“….And if there be in the bald head, or bald forehead, a white reddish sore; it is a leprosy sprung up in his bald head, or his bald forehead. Then the priest shall look upon it: and, behold, if the rising of the sore be white reddish in his bald head, or in his bald forehead, as the leprosy appeareth in the skin of the flesh; He is a leprous man, he is unclean: the priest shall pronounce him utterly unclean; his plague is in his head. And the leper in whom the plague is, his clothes shall be rent, and his head bare, and he shall put a covering upon his upper lip, and shall cry, ‘Unclean, unclean.’ All the days wherein the plague shall be in him he shall be defiled; he is unclean: he shall dwell alone; without the camp shall his habitation be.” The Mosaic Law in Leviticus 13:42-46 (c. 1500 BC) KJV

The word “quarantine” comes from the Italian quarantina giorni, meaning “space of forty days,” from quaranta “forty,” from the Latin quadraginta. Quarantine was first enforced in 1377 AD, 2,877 years after the Mosaic quarantine law, when there was an outbreak of the plague. Venice required ships from plague-stricken countries to wait in their port for 40 days to make sure no active cases of plague were aboard the ships.

In 1878 the United States quarantined yellow fever. In 1892 ships from Europe arrived with outbreaks of cholera among passengers and the quarantine laws were further strengthened. The Public Health Service Act of 1944 gave that agency the responsibility for protecting the country from the introduction, transmission and spread of communicable diseases. It took thousands of years for the ancient, medieval and modern world to realize what the Bible had been saying all along.

There are many pre-emptive laws delivered by Moses which include washing one’s hands and ritual bathing in running water after one is possibly “contaminated.”

“Anyone the man with a discharge (a zav, ejaculant with an unusual discharge) touches without rinsing his hands with water must wash their clothes and bathe with water, and they will be unclean till evening.” Leviticus 15:11 NIV 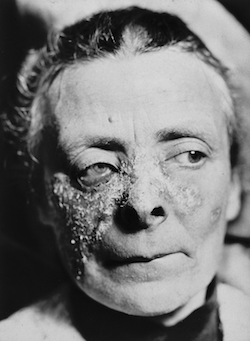 A subsequent seven clean days are then required, culminating in a ritual and temple offering before the zav is clean of his malady:

“Now in case the one having a running discharge would become clean from his running discharge, he must then count for himself seven days for his purification, and he must wash his garments and bathe his flesh in running water; and he must be clean. And on the eighth day, he should take for himself two turtledoves or two young pigeons, and he must come to the entrance of the tent of meeting and give them to the priest.” Leviticus 15:13-14

Washing after handling a dead body is prescribed. Numbers 19:11-19

“Whoever touches the dead body of any human being will be unclean for seven days.” Numbers 13:11

During disasters when many human beings are killed, the rescue workers are now, many thousands of years later, instructed to handle the unfortunate dead with masks and with protection for their hands and whole bodies.

Direct contact with some of the dead people can spread hepatitus B and C, tuberculosis, cholera or enteric intestinal pathogens. Even the foul odors of the dead contain cadaverine and putrescine, toxic to living ones if inhaled for a long time.

There are Biblical Laws on how to handle human excrement. It must be buried away from the camp:

“You shall have a designated area outside the camp to which you shall go. As part of your equipment have something to dig with, and when you relieve yourself, dig a hole and cover up your excrement.” Deuteronomy 23:12,13

Human waste, left in the open as many societies did and still do, carry viral and bacterial diseases. Many in our own day use rivers for toilets and for bathing. The World Health Organization (WHO) estimates nearly 2.2 million people die annually from diseases caused by contaminated water.

Recently, 3,500 years after Moses, scientists have discovered that FAT is not good for one—the cholesterol hypothesis. God through Moses forbids fat (or blood pancakes) in the diet of His people. 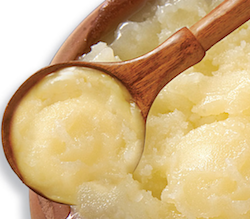 “From what you offer you are to present this food offering to the Lord: the internal organs and all the fat (of dead animals) that is connected to them, both kidneys with the fat on them near the loins, and the long lobe of the liver, which you will remove with the kidneys. The priest shall burn them on the altar as a food offering, a pleasing aroma. All the fat is the Lord’s. This is a lasting ordinance for the generations to come, wherever you live: You must not eat any fat or any blood.” Leviticus 3:14-17

“He (God) said, ‘If you listen carefully to the Lord your God and do what is right in his eyes, if you pay attention to his commands and keep all his decrees, I will not bring on you any of the diseases I brought on the Egyptians, for I am the Lord, who heals you,’” Exodus 15:26

Until relatively modern times with the invention of the microscope and now with the ability to detect bacteria and sub-atomic particles, we fully understand how prescient and how accurate those supposedly “antiquated” Biblical laws were/are.
There are literally hundreds of laws in the Torah (first 5 books in the Old Testament) regarding health, food, sanitation, disposal of waste and excrement and sexual mores. 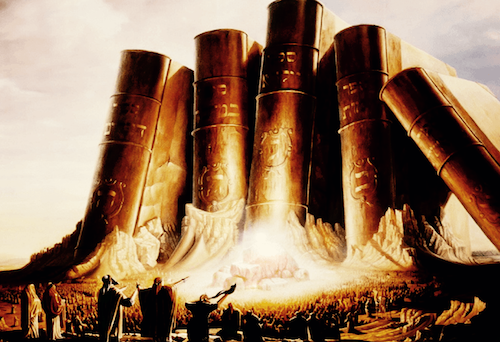 The Bible says, “God gave those laws to Moses.” If one believes that, then Moses was not the Doctor of Medicine, not the greatest scientific mind who has ever lived. He was the leader of the Exodus. He was the one who transcribed those foresighted Laws given to him by the Creator of Man. 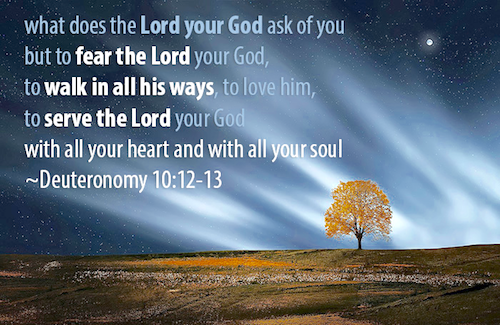