Almost since man first formed armies of men to fight other armies of men, they used what is called the “phalanx formation.” The definition of “phalanx” by the Merriam Webster dictionary is: “a body of heavily armed infantry in ancient Greece formed in close deep ranks and files.”

It is assumed, as you can read above, the phalanx formation came from the “ancient  Greeks,” but it is obvious, as you can see, from the above stele that Sumerian soldiers are in a phalanx over a thousand years before Greek culture even began in the 8th century BC. 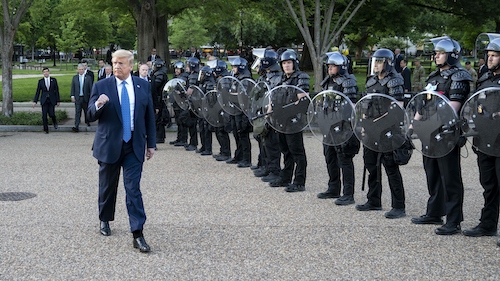 It was c. 315 BC when Rome was conquering  all of Italy that their phalanxes were  transformed into the maniple formation. Their wars with the Samnites were on the mountainous terrain of the Apennines. The Samnites were used to fighting in their area and Rome was not winning those battles (343-290 BC). Roman generals learned from the Samnites how flexible their army was against Rome’s packed phalanxes.  They invented the Maniple/Manipular Formation. No more single lines of soldiers. They divided their troops into groups (really phalanxes) of 120 men.

When beginning a battle, the “Maniple “Formation” consisted of lines of 120 soldiers arrayed in 3 lines of 40 men, as depicted below.

The front lines formed the young and least-experienced soldiers (hastati ) in hopes that the enemy would waste much of its energy on those men. The 2nd lines (principes) contained veteran soldiers and the 3rd lines (triarii) were made of seasoned, long-time soldiers. If one of the first lines collapsed or were scattered, the 2nd line containing veteran soldiers behind them moved forward, If a second line collapsed the third line of older seasoned soldiers moved forward.

Each soldier in the first two lines wore helmets and carried short swords and javelins. The 3rd lines of seasoned soldiers moved in to wipe up what was left of the enemy with their long pikes. 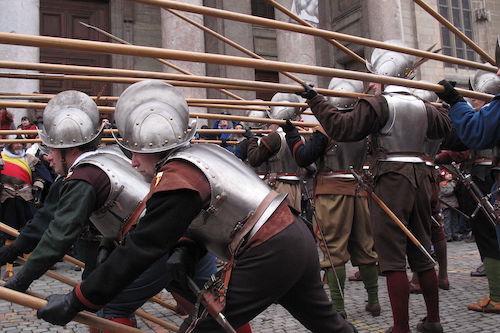 Rome began in the 8th century as a tiny city on the Tiber River in central Italy. Rome gradually made all of Italy its country. Over the centuries, Rome’s soldiers fought their way around the world. By 14 AD it had an Empire which included most of Europe, most of the Middle East, northern Africa and many of the Mediterranean islands.

Roman’s Latin language is the origin of all our Romance languages: Italian, Romanian, French, Spanish and Portuguese. Romans  gave us our calendar and our alphabet.

Rome was responsible because of its good roads and safe seas for the spread of Christianity around its Empire not only by St. Paul but all the other early missionaries who often gave their lives spreading the gospel of Christ—and still do.

2 Timothy 2:3-4: “Share in suffering as a good soldier of Christ Jesus. No soldier gets entangled in civilian pursuits, since his aim is to please the one who enlisted him.” 2 Timothy 1:3,4