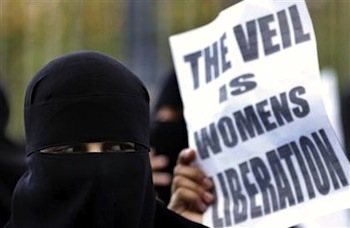 The Bible uses, among other things, fashion and clothing to juxtapose a woman’s  attention to her outward appearance to her inner spiritual growth. But what exactly does that mean? Forever, and today, women have either been forced to dress a certain way or have freely chosen to dress a certain way.

In the early Church days, we have scant textual or visual evidence of how Christian women dressed either before or after their conversions to Christ. The sculptures we have of Roman and Christian women show them both in the traditional Roman garb of the day—wearing chitons, a single linen or wool fabric that was draped and fastened at the shoulder by pins. It was the everyday style of women in Rome and covered up most of the body.

1 Samual 16: 7 says, “But the Lord said to Samuel, ‘Do not consider his appearance or his height (Eliab, David’s handsome and tall older brother) for I have rejected him. The Lord does not look at the things people look at. People look at the outward appearance, but the Lord looks at the heart.’” It is clear in the Bible that God does not judge a man or a woman by how she looks or dresses or what her body type is. He judges by the inner woman, by who she IS. That said, there are in the New Testament exhortations to women to dress appropriately and to adorn themselves in such a way that the world around them would not misinterpret who they are: 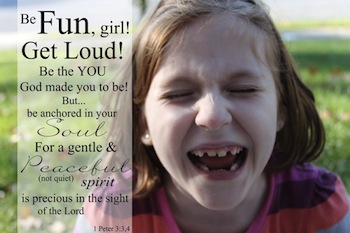 “Your beauty should not come from outward adornment, such as elaborate hairstyles and the wearing of gold jewelry or fine cloth. Rather, it should be that of your inner self, the unfading beauty of a gentle and quiet spirit, which is of great worth in God’s sight.” I Peter 3:3,4 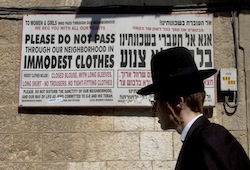 This particular verse has been interpreted over the centuries as a pattern of how the Christian woman should dress. She should, according to the historic interpretation, be “covered up,” and that often manifests itself in dresses to her ankles, having long hair and wearing no makeup. One must notice that the I Peter verses do not say the length of dresses a woman should wear, exactly how long and un-elaborate her hair should be and never mentions makeup. It does mention in the NIV “elaborate hairstyles,” “wearing gold jewelry” and wearing “fine clothes.” All the Greek words used in this I Peter passage address the “outward” appearance rather than “your inner self, the unfading beauty of a gentle and quiet spirit, which is of great worth in God’s sight.”

I Timothy 2:8-10, also, advises against ostentation in dress where Christian women are concerned: “Therefore I want the men everywhere to pray, lifting up holy hands without anger or disputing. I also want the women to dress modestly, with decency and propriety, adorning themselves, not with elaborate hairstyles or gold or pearls or expensive clothes, but with good deeds, appropriate for women who profess to worship God.” The emphasis here as in I Peter draws Christian women’s attention away from how they look outwardly and how much time and money they spend on clothes and jewelry to how they should adorn themselves inwardly and spend time on their spiritual selves and on doing good deeds.

The plaiting of hair at the time Paul wrote was a huge thing and had been taken to elaborate ends to attract attention: piled mile-high on head, braids interspersed with chains of gold, silver and pearls. Juvenal (died 130 AD) in his Satire 6, comments: “The attendants (of a woman) will vote on the dressing of her hair as if a question of reputation or of life were at stake, so great is the trouble she takes in quest of beauty; with so many tiers does she lead, with so many continuous stories does she build up high her head. She is tall as Andromache (very tall, wife of Hector in the Iliad) in front, behind she is shorter. You would think her another person.” 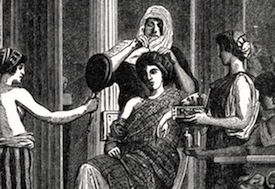 To me, Paul’s objection is 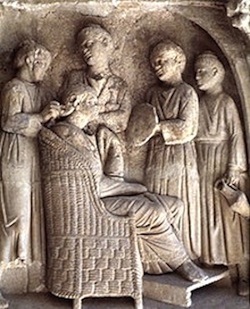 not that hair should be 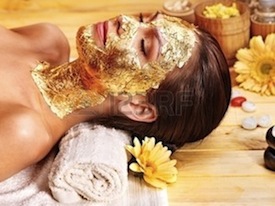 straight and undone, but that one should not indulge in time-consuming and pricey ostentation with hairdos. In mentioning hairdos, Paul has touched on a universal and timeless obsession of women, so his words should be cautionary to us. His caution against “gold” in the Greek has nothing to do with gold jewelry per se but refers to the ornamentation of the hair with gold and “fine clothing” in the Greek is the idea of impressing others by your “outward” (in Greek it is the word “kosmos” from which we get “cosmetics”) “adornments.”

The sum of the matter is: a Christian woman should spend more time on her inward spiritual growth than on her outward physical appearance. That’s why these verses are cautionary and strike at the heart of almost all women, Christian or not.—Sandra Sweeny Silver