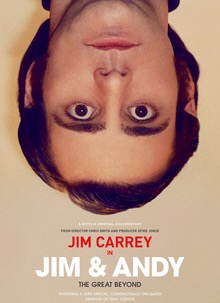 The Canadian-American actor Jim Carrey (Born 1962) says he so immersed himself in the character of the manic entertainer Andy Kaufman (1949-1984) in the film Jim and Andy: The Great Beyond that he never fully recovered: “When it was over, I couldn’t remember who I was anymore.”

The ancient Roman actor Genesius (martyred in c. 285 AD) was a leader/member of a troupe of actors who performed comedic plays regularly for Emperor Diocletian (reigned 284-305).

The actors specialized in satire on many subjects and people of their day and Genesius was a favorite of the Emperor. One evening the idea of the play was to ridicule the burgeoning sect of Christians whom Diocletian hated, persecuted and killed. Genesius’ role was to pretend to be baptized.

Genesius obviously had attended several Christian baptisms in order to be familiar with his role. He was supposed to be sick and fell to the ground on stage. The appointed “priest” and “exorcist” rushed onstage. Genesius said he was weighted down with his sins and an angel had commanded him to be baptized to wipe away all his sins. Everyone was hilarious. Genesius insisted he wanted to be baptized and the “priest” poured water on him. But Genesius stood up and told the audience of Diocletian, his court and all the other actors that he was serious. He had just become a Christian and he could still see the angel who spoke to him. The “priest” threw a white robe over him in imitation of a Christian catechumen.

Genesius would not play the part. Instead, Genesius addressed the Emperor and all those around him and exhorted them all to give their lives to Christ. So serious and persistent was Genesius, the Emperor became enraged and had Genesius turned over to the prefect of the Praetorian Guard Plautia for torture.

Under torture, Genesius still insisted that he had been converted right there and then onstage and would not renounce Christ. Seeing it was a true conversion to Christianity, Diocletian had him beheaded. Genesius “played” the part of a new Christian, became the part, was tortured and lost his head because he actually became what he portrayed.

Hearing of his death, the Christians realized that Genesius had been converted and put to death for the faith. They secured his body and buried him in the Cemetery of St Hippolytus on the Via Tiburtina. (Hippolytus had been torn to pieces limb by limb 50 years previously.)

After the Christians received the right to open worship (Edict of Milan 313 AD), Genesius was very popular and a church dedicated to Genesius was built in Rome and was apparently repaired by Pope Gregory III in 741.

As the cult of saints became more popular, Genesius became the patron of actors, dancers, musicians, comedians and converts as logic would imply. But Genesius is, also, the patron saint of thieves, epileptics, printers, torture victims and lawyers.

Genesius has lived on ever since his death in the early 300’s AD. Today his relics supposedly reside in the Church of Santa Susanna in Rome where a cycle of frescoes depict his life. The church was first built in 330 to honor the martyr Susanna and now contains her tomb and the relics of several other martyrs.

A new Roman Catholic organization founded by Pope John II and Pope Benedict XVI is called The Fraternity of St. Genesius. Its purpose is to encourage Catholics to participate in the renewal of culture as part of the New Evangelization. Members pray for those people involved in theatrical and cinematic arts. Saint Genesius is their patron. The new Fraternity has been especially received in Ireland. 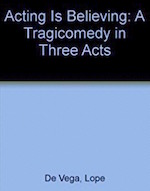