Since the pregnancy of the virgin Mary was not by a human man but by God, her intended husband Joseph, the carpenter, was, understandably, not convinced by her explanation of how this had happened. But he was “a just man” and rather than have Mary stoned to death, he “was minded to put her away privately,” to break the engagement or to perhaps move her to another town where her shame would not cause her harm: 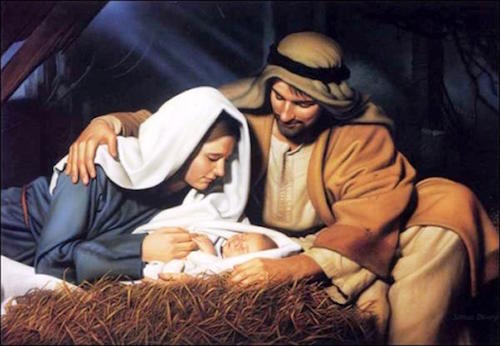 “But after he had considered this, an angel of the Lord appeared to him in a dream and said, ‘Joseph son of David, do not be afraid to take Mary home as your wife, because what is conceived in her is from the Holy Spirit. She will give birth to a son, and you are to give him the name Jesus, because he will save his people from their sins’….When Joseph woke up, he did what the angel of the Lord had commanded him and took Mary home as his wife. But he did not consummate their marriage until she gave birth to a son. And (Joseph) gave him the name Jesus.” Matthew 1:20, 21, 24, 25

In the ancient world and the Bible certain dreams were taken seriously. The patriarch Jacob (c. 1900 BC) “had a dream in which he saw a stairway resting on the earth with its top reaching to heaven and the angels of God were ascending and descending on it. There above it stood the Lord and he said: ‘I am the Lord, the God of your father Abraham and the God of Isaac and I will give you and your descendants the land on which you are lying.’” Genesis 28:12,13 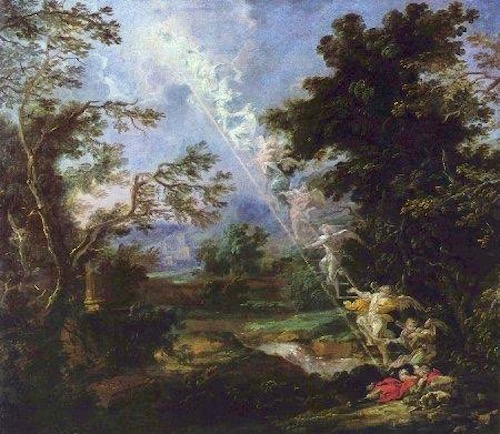 This passage is the origin of the “stairway to heaven” idea and it, also, explicitly prognosticates Israel’s homeland. Both Joseph’s dreams and the c. 2,000 years before dream of Jacob (whose name was changed to “Israel” in Genesis 32:28) are predicated on heavenly sources—“an angel of the Lord” and the “Lord Himself.”

The heavenly source of some dreams continues in Matthew where he takes his biography of Jesus’ birth from His conception on to Bethlehem in Judea where Jesus was born in a barn. But several years later, some Magi from “the east” came to Jerusalem and asked King Herod, “Where is he that is born king of the Jews? For we have seen his star in the east and are come to worship him.” Matthew 2:2

CLICK FOR ARTICLE ON THE VISIT OF THE MAGI

Now this was not good news for King Herod who fiercely had defended his throne from any pretenders by even killing two of his own sons. Herod pretended he wanted to worship the new king, too, and told the Magi to report to him where exactly was this new king. But after the Magi had found Jesus in Bethlehem, had worshipped Him and given Him valuable gifts, “being warned of God in a dream that they should not return to Herod, they departed into their own country another way.” (Matthew 2:12) Here is another example of God speaking in dreams, this time to non-Jews, to execute His ways and preserve His Son. 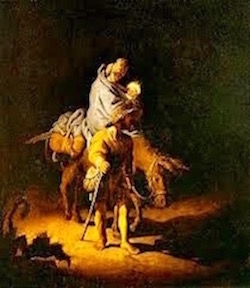 “And when they (the Magi) were departed, behold, the angel of the Lord appeared to Joseph in a dream saying, ‘Arise and take the young child and his mother and flee into Egypt, and be there until I bring you word, for Herod will seek the young child to destroy him.’ When he arose, (Joseph) took the young child and his mother by night and departed into Egypt. And was there until the death of Herod (in 4 BC).” (Matthew 2:13-15) Joseph immediately in the middle of the night took his small family and began the journey to Egypt, as “the angel of the Lord” had instructed him in his dream.

Herod knew from his first and only visit with the Magi that this new king of Israel was at least two years old. So Herod sent out his men to slay “all the male children that were in Bethlehem and in all the coasts thereof from two years old and under.” (Matthew 2:16) He hoped in his broad net of infanticide to include the One who threatened his throne. But the Hebrew Messiah was on his way to Egypt.

The “angel of the Lord” in Joseph’s dreams had told him to stay in Egypt until he again spoke to him in a dream: “flee into Egypt, and be there until I bring you word.” This was the “word” delivered to Joseph, again in a dream, from the heavenly angel that it was safe to return to Israel. But Joseph was apprehensive when he returned to Judea because he heard that Herod’s wayward son Archelaus was now ruling in his father’s kingdom. But again God directed the young Messiah’s path through Joseph’s dream life:

“But when he heard that Archelaus was reigning in Judea in place of his father Herod, he was afraid to go there. Having been warned of God in a dream, he (Joseph and family) withdrew to the district of Galilee, and he went and lived in a town called Nazareth. So was fulfilled what was said through the prophets (Hosea11:1 c. 750 BC), that he would be called a Nazarene.” Matthew 2:22, 23

There was a total of five times in Matthew’s account of the birth of Jesus where “God” or “an angel” intervened in events happening or going to happen in our waking life through the dream life of Joseph (4 times) and in the dream life of the Magi (1 time).

Some researchers say we dream many times a night whether we remember the dreams or not. Supposedly, Rapid Eye Movement (REM) means a person is dreaming.

Maybe Pilate should have listened to his wife’s prophetic dream?

“While he (Pontius Pilate) was sitting on the judgment seat, his wife (Claudia Procula?) sent him a message, saying, ‘Have nothing to do with that righteous Man (Jesus); for last night I suffered greatly in a dream because of Him.’” Matthew 27:19—Article by Sandra Sweeny Silver