In 1331 AD the Bubonic Plague originated in China where millions died. Fleas carried by rats infected by the bacteria soon spread the Plague in caravans along the Silk Road and by rats on ships from the Orient. The Plague soon arrived in Europe. 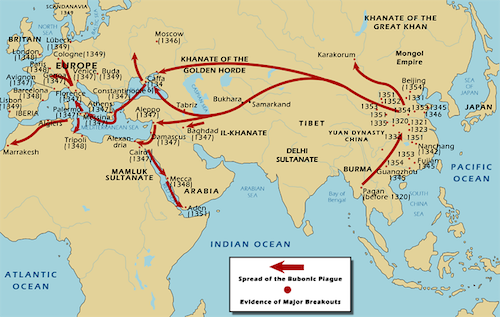 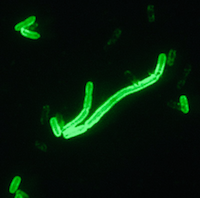 Yersinia pestis (200X magnification left) is the bacterium which causes Bubonic Plague. After the fleas have feasted on the rats, they go to humans. When they “bite” them, the disease goes to a lymph node that swells and forms a painful “bubu” (the origin of word “bubonic”) in the groin, armpit, thigh or neck. It usually takes 10 days or less before the infection is visible. The death rated is 80%. An estimated 75 million people in Europe died. 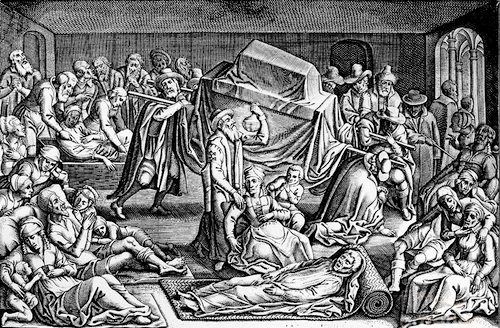 A Catholic order of men called Alexian Brothers, not caring for their own lives, cared for the dying and took the bodies of the dead and gave them a Christian burial. 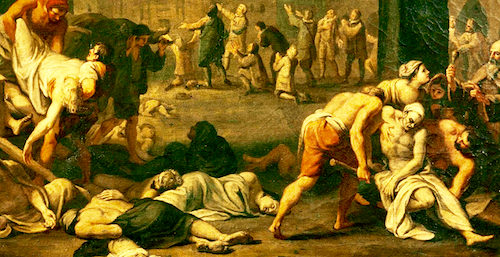 By 1347 the Plague pandemic reached Constantinople. Christians, following the example of St. Sampson the Hospitable (died c. 530), who brought the poor into his own home, tended to the dying and founded one of the first hospitals—from Latin hospitale meaning “guest-house/inn.”

The Bubonic Plague would not quit. It recurred in the seaport city of Venice many times—e.g. in 1561, again in 1576 when it killed a third of its population.

Remember this childhood game and words?

“Ring-a-round the rosie,
A pocket full of posies,
Ashes! Ashes!
We all fall down.” 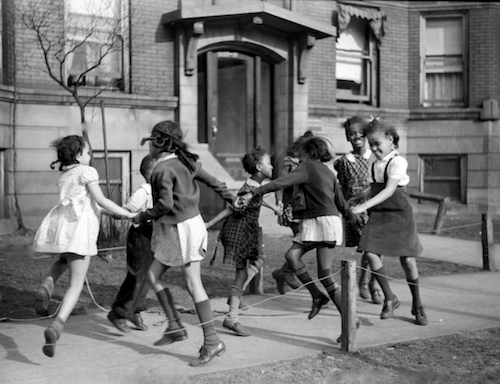 It is probably true that this childhood ditty harks back to the Plague days. Some carried roses and other herbs and flowers to smell before they ventured out. They believed they were an antidote to getting the plague. But, unfortunately, they all fell down with the Plague anyway. They returned to dust/ashes as they were initially created:

“In the sweat of thy face shalt thou eat bread, till thou return unto the ground; for out of it wast thou taken: for dust thou art, and unto dust shalt thou return.” Genesis 3:19 KJV

The 1665-1666 Great Plague in London killed 1 out of every 4 people in the city. Living at that time was the one of the most influential of all scientists and mathematicians—the English Isaac Newton.

His fertile mind was so filled with energy and ideas he was in his London home most of the Plague time. When Cambridge University closed in 1666 because of the Plague, Newton retreated to his family’s country home in Woolsthorpe. There he did a lot of his famous experiments on light and optics. When he was in the garden there, he saw an apple fall from a tree and gradually formulated his law of universal gravitation. He was  too busy to be in panic because he was busy laying the foundations for classical physics and mechanics.

In his book Principia (considered one of the most important books on science), Newton states:

“This most beautiful system of the sun, planets, and comets, could only proceed from the counsel and dominion of an intelligent and powerful Being….All variety of created objects which represent order and life in the universe could happen only by the willful reasoning of its original Creator, whom I call the ‘Lord God’….He is eternal and infinite, omnipotent and omniscient; that is, His duration reaches from eternity to eternity; His presence from infinity to infinity; He governs all things, and knows all things that are or can be done.”

Newton read the Bible every day: “I have a fundamental belief in the Bible as the Word of God, written by those who were inspired. I study the Bible daily.”

In addition to his scientific works, Newton wrote 80 other books on the Bible and the Christian religion. Perhaps Newton’s faith in the “original Creator” and all he saw and learned about our world and the universe absorbed him so much he had little time to get all riled up or to worry about “getting the plague?” 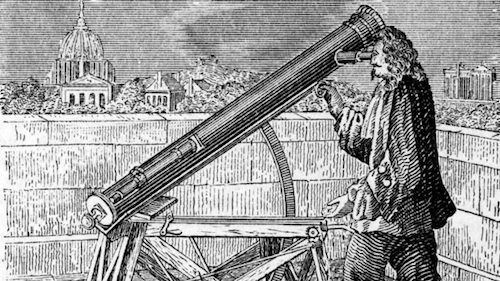 “Peace I leave with you; my peace I give you. I do not give to you as the world gives. Do not let your hearts be troubled and do not be afraid.” Quote of Jesus the Christ (c. 4 BC-30 AD) in John 14:27— Article by Sandra Sweeny Silver