Oxyrhynchus is an ancient Egyptian town situated about 100 miles southwest of Cairo. During the season of 1896/97, two young archeologists, B.P. Grenfell and A.S. Hunt  from Queen’s College in Oxford, England found a huge ancient garbage dump at Oxyrhynchus that was to yield over the next one hundred years the largest collection of ancient papyri ever found. The Oxyrhynchians, like people in our day, threw away their papers and their useless records: bank statements, tax returns, receipts, invoices, correspondences on all matters military, religious, political and economic. The hot desert sands and climate preserved all of these for thousands of years, so we know intimate details of their lives from the times of the Greeks, Romans and Byzantines. Most of the manuscripts/fragments date from c. 100-450 AD. 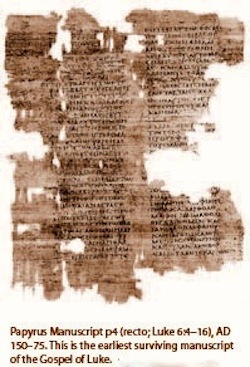 One of these papyrus discovered in 1918 and published in 1922 has what is considered the oldest known Christian hymn–Papyrus 1786 now in the Papyrology Rooms of the Sackler Library in Oxford. Written in Greek and containing both lyrics and musical notation, it is dated c. 260 AD so it is a very early example of how Christians in the early Church praised the Lord in music. The translation into English from the Greek of this hymn comes from M.L. West:

“Let it be silent
Let the Luminous stars not shine,
Let the winds (?) and all the noisy rivers die down;
And as we hymn the Father, the Son and the Holy Spirit,
Let all the powers add “Amen Amen”
Empire, praise always, and glory to God,
The sole giver of good things, Amen Amen.”

This “Oxyrhnchus Hymn” has been arranged by Johann Kim of Colorado Christian University and is sung by a Korean choir.

An extremely old hymn, some say it precedes the Oxyrhychus Hymn, is one still sung for Vespers in the Eastern Orthodox Church. This 1:36 minute hymn is sung by the St. Elia the Prophet Orthodox Church in Akron, Ohio. 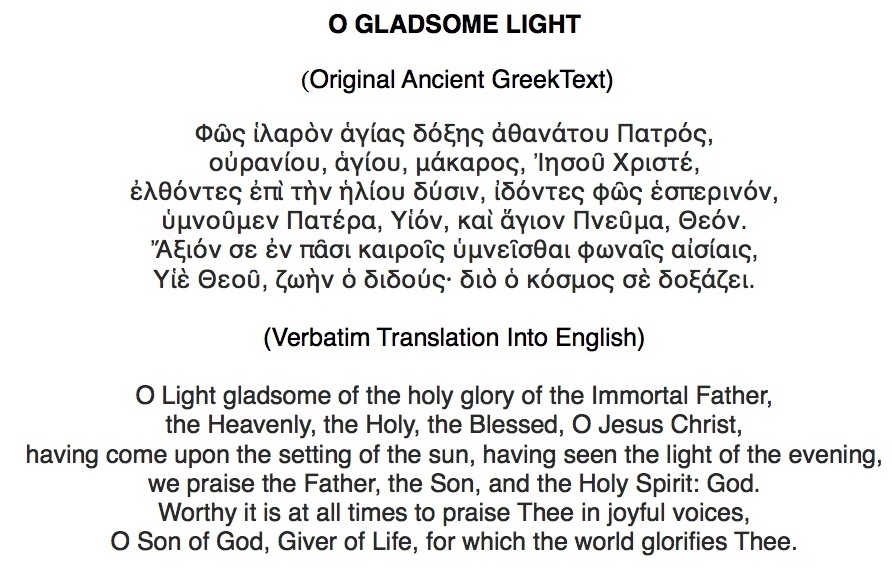 This modern Christian round, “The Gospel In A Word Is Love,” approximates to me a melody which could have been used by the Early Church.—Article by Sandra Sweeny Silver