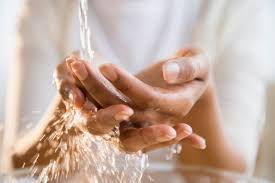 “The Pharisees and some of the teachers of the law who had come from Jerusalem gathered around Jesus and saw some of his disciples eating food with hands that were unclean, that is, unwashed. The Pharisees and all the Jews do not eat unless they give their hands a ceremonial washing, holding to the tradition of the elders.

When they come from the marketplace they do not eat unless they wash, And they observe many other traditions, such as the washing of cups, pitchers and kettles. So the Pharisees and the teachers of the law asked Jesus, ‘Why don’t your disciples live according to the tradition of the elders instead of eating their food with unclean hands?’ (Jesus) replied, ‘Isaiah was right when he prophesied about you hypocrites; as it is written: These people honor me with their lips, but their hearts are far from me. They worship in vain; their teachings are but rules taught by men. You have let go of the commands of God and are holding on to the traditions of men.’” Mark 7:1-8

About four hundred years before Jesus was born, rabbis in Judaism had begun to formulate their own laws of behavior extrapolated from Torah laws.

These extra-Biblical and man-created oral laws were called “the tradition of the elders.” (Mark 7:3-5) Over the centuries the rabbis counted 613 individual laws in the Pentateuch. They divided these into “heavy, great” laws and “light, little” commandments. The original purpose of these rabbinic laws was to make sure it was abundantly clear what was accepted orthodox behavior. By the time of Jesus, these rabbinic extrapolations, called Halakhah meaning “walk/behavior,” had become a prison for the Jews. The non-Biblical rules from the Halakhah governed the daily lives and religious practices of the Jews. Every aspect of Jewish life was hemmed in by a tangled web of prohibitions. These man-made laws had more power over the everyday life of the people than Biblical laws did.

You could not carry a “burden” on the Sabbath. The lowest standard of a “burden” was anything heavier than a dried fig such as pieces of papyrus or a small piece of broken pottery. 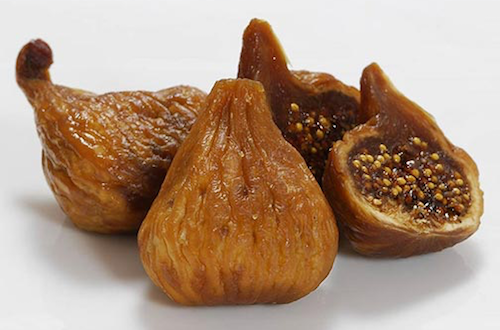 After Jesus healed the man lying at the pool of Bethesda (John 5:1-16), He told him, “Get up! Pick up your mat and walk….The day on which this took place was a Sabbath, and so the Jews said to the man who had been healed, ‘It is the Sabbath. The law forbids you to carry your mat.’” It was heavier than a dried fig.

In Luke 6:1-5: “One sabbath while Jesus was going through the grainfields, his disciples plucked some heads of grain, rubbed them in their hands, and ate them. 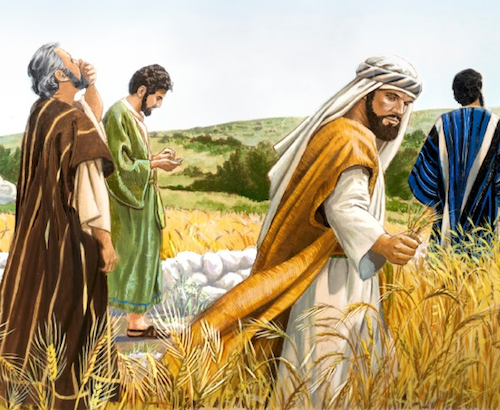 But some of the Pharisees said, ‘Why are you doing what is not lawful on the sabbath?’ Jesus answered, “Have you not read what David did when he and his companions were hungry? He entered the house of God and took and ate the bread of the Presence, which it is not lawful for any but the priests to eat, and gave some to his companions?’ Then he said to them, ‘The Son of Man is lord of the sabbath.’”

One has to imagine how Jesus’ words riled the Pharisees. You could do no work whatsoever on the Sabbath. Fishing was considered harvesting. To pick fruit, or even to lift it up from the ground, was reaping.

Walking more than 2,000 cubits (c. ½ a mile) from your home on the Sabbath violated rabbinic law. Some Jews wriggled around this law by continuing their journey by walking backwards after the prescribed 2,000 cubits forward. A person had to “work” to avoid working on the Sabbath. 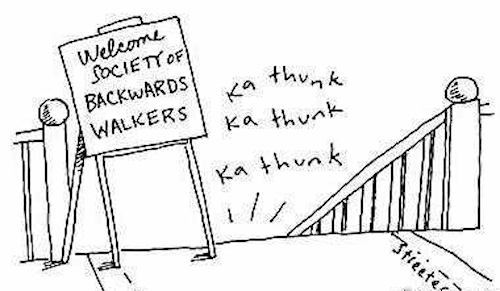 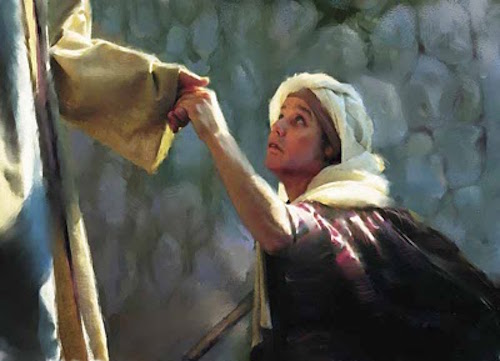 The Jewish scholar Alfred Edersheim (1825-1889) converted to Christianity at a young age and wrote The Life And Times of Jesus the Messiah (1883). In the chapter examining the rabbinic laws of the Sabbath, “The Law Of The Sabbath From The Mishnah And The Jerusalem Talmud,” he explains:

“…its object (Rabbinic law) is to make the Sabbath Laws more bearable. For this purpose, it is explained how places, beyond which it would otherwise have been unlawful to carry things, may be connected together, so as, by a legal fiction, to convert them into a sort of private dwelling. Thus, supposing a number of small private houses to open into a common court, it would have been unlawful on the Sabbath to carry anything from one of these houses into the other.

This difficulty is removed if all the families deposit before the Sabbath some food in the common court, when a connection is established between the various houses, which makes them one dwelling….(or) when narrow streets or blind alleys were connected into a private dwelling by laying a beam over the entrance, or extending a wire or rope along such streets and alleys. This, by a legal fiction, make them a private dwelling so that everything was lawful there which a man might do on the Sabbath in his own house.”

As is obvious, the rabbis even enacted complicated laws that could cleverly circumvent the laws which they, not the Bible, had established regarding the Sabbath. Sabbath laws, as a small example, were, as Edersheim says so succinctly, “legal fictions.” The day of rest became a burden rather than a day of spiritual, mental and physical rest. What was originally intended by the rabbis and elders as an explanation of what the 5th of the 10 Commandment in the Bible said (”Remember the Sabbath day to keep it holy” Exodus 20:8) became an intricate game of ingenious casuistry.

Jesus was outraged against these scribes and Pharisees who had dared to add commands not found in the Bible: 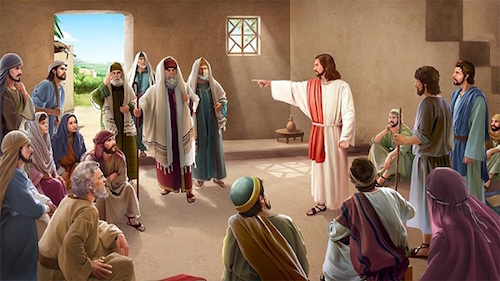 It cannot be over-emphasized how Jesus’ continual breaking of fictitious Rabbinic laws in the Halakhah brought Him not only into conflict with the religious establishment but led eventually to His death on the cross. — Sandra Sweeny Silver