“In the flood, too, there was a figure anticipating baptism….what is the flood, if not a means of preserving the just man so that he will propagate justice, while destroying sin? To that end, the Lord seeing men’s faults multiplying, preserved only the just man and his descendants while he ordered water to overflow even the peak of mountains. Thus the flood destroyed all corrupted flesh, while the race, the model of the just man, alone subsisted. Is baptism not precisely such a flood, wherein all sins are erased while alone the spirit and the grace of the just man resurrect?” Ambrose of Milan (c. 340-397), About The Sacraments 2. 1

People have always wanted to be clean. “Clean” as “free from dirt; unsoiled; unstained; free from pollution; unadulterated; fresh; free from defects or flaws; wholesome; innocent; upright; honorable; pure.” There is physical dirt to be washed away and there is moral dirt to be expunged.

Water covers 70% of the earth’s surface. To space travelers we seem an agate of azure, void of all but water life. 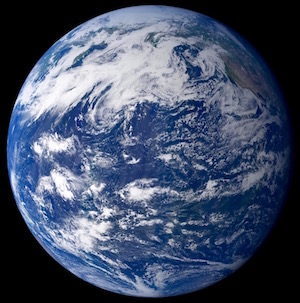 Ubiquitous and salvific, water is the medium and the metaphor for “life” and for “clean.”

In Ambrose of Milan’s quote above, he extrapolates the Noahic flood as “a figure” or symbol of the cleansing of sin from the earth and the preserving of the just and Godly. “Is baptism not precisely such a flood?” he asks. Ambrose sees the Deluge which washed away all the ungodly as analogous to the rite of baptism which symbolically washes away sin from the new believer.

The account of the Flood in Genesis 6-9 is one of the seminal stories of the Bible. The veracity of the story has never been questioned by orthodox believers, but few modern believers automatically connect Noah’s story to baptism.

The early Christians of the catacombs did. There are many representations of Noah in the catacombs. In the Via Latina God is pouring water from the heavens to cleanse the earth. In the Catacomb of Peter and Marcellinus Noah stands, waist-deep, in a small container. His hands are raised in praise. A dove flies above his right hand.

In a series of contiguous paintings from Old and New Testament stories in the Catacomb of Peter and Marcellinus, Noah stands in a little four-legged chest with his hands raised in praise like an orant, a prayer. A dove is above his right hand. (Genesis 8:8-11)

The tiny size of the Ark in catacomb representations is particularly interesting given the dimensions of the Ark in Genesis 6:14-17:

“…(God said to Noah) make yourself an ark of gopher wood; make rooms in it and coat it with pitch inside and out. This is how you are to build it: The ark is to be 450 feet long, 75 feet wide and 45 feet high. Make a roof for it and finish the ark to within 18 inches of the top. Put a door in the side of the ark and make low, middle and upper decks.”

Noah’s Ark was massive, far bigger than any wooden ship ever built or even imagined until the 20th century. The six-masted gaff schooner Wyoming was built in 1909 in Bath, Maine. Its overall length was 450’ just like the Ark’s. It had a cargo capacity of 303,621 cubic feet and could carry 6,000 long tons of coal. The ship foundered and sank with all on board on March 24, 1924. The Wyoming, constructed of 6” planks of yellow pine, is the longest wooden ship ever built since Noah’s Ark.

The Hebrew for “gopher wood” does not correspond to any wood now existing. Perhaps it was a pre-diluvian tree. In some Biblical translations “cypress wood” replaces “gopher wood.” 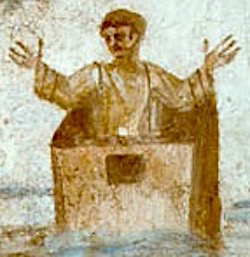 Given the extraordinary size of the Ark, it is puzzling that the catacomb artists chose such confining containers to encase Noah.

Perhaps the dimensions given in the Genesis account were so beyond imagination that representation was impossible. Or maybe the dimensions meant nothing because the doctrine was the point.

Peter in his First Epistle 3:20, 21 makes the connection between the water of the Deluge and baptism:

“….God waited patiently in the days of Noah while the ark was being built. In it only a few people, eight in all, were saved through water, and this water symbolizes baptism that now saves you also—not the removal of dirt from the body but the pledge of a good conscience         toward God.”

Perhaps the Ark of the Deluge rests in eastern Turkey upon Cesnakidag (or Cudi Dagi) Mountain, which is translated as “Doomsday” Mountain.

Genesis 8:4 states: “The ark rested . . . upon the mountains of Ararat.”  Biblical Ararat corresponds to the Ancient Assyria Urartu (and Old Persian Armina) the name of the kingdom which at the time was in the Lake Van region.

For those who are curious about whether the remains of Noah’s Ark still exist on a mountain in eastern Turkey, watch the 20 minute video below and make your own decision. Some scientists have not confirmed this is Noah’s Ark.

As the waters of the Flood washed away collective sin, the waters of baptism wash away individual sin. The Flood for the early Christians was emblematic of the baptismal rite.— Sandra Sweeny Silver 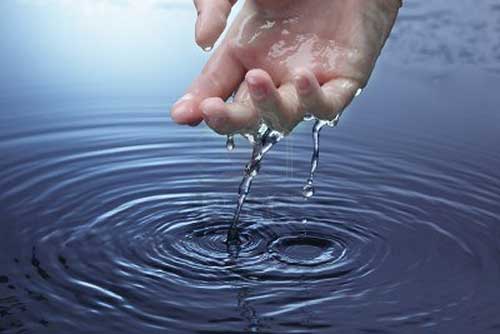