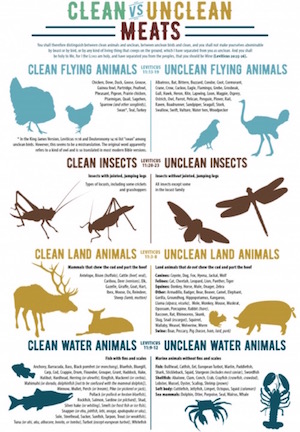 The conception of personal cleanliness as both a prerequisite of holiness and an aid to physical fitness is central to Jewish tradition.
Cleansing with water for physical as well as spiritual purity was commanded in the Old Testament. Moses bathed Aaron and his sons before their ordination as priests. (Leviticus 8:6) Clothing contaminated by mold or mildew had to be washed. (Leviticus 13:58) A diseased, unclean person had to be quarantined outside the camp until the infection ceased. (Leviticus 13:45,46) When the disease was gone, the person had to “wash his clothes, shave off all his hair and bathe with water.” (Leviticus 14:8) Diarrhea and urethral discharges meant disease, uncleanness and the ill person as well as all those around him had to wash their clothes and “bathe in fresh (running) water.” (Leviticus 15:13) Semen and menstrual blood were unclean and required water cleansing (Leviticus 15:16-33) The seemingly tedious lists in Leviticus of “clean” and “unclean” that required water cleansing were in reality prescient medical methods of preventing the spread of infectious diseases as well as practical practices that reinforced the need to be “clean” outside. To be clean outside was a metaphor for inward, spiritual purity.
Plus, there were certain “clean” and “unclean” animals and insects that could not be eaten.

The Jews were, of all ancient peoples, the most aware of how sinful, how unclean they were before their God and how much they needed to be cleansed from their sins:

“…your iniquities have separated you from your God; your sins have hidden his face from you….your hands are stained with blood, your fingers with guilt. Your lips have spoken lies and your tongue mutters wicked things. No one calls for justice; no one pleads his case with integrity….They hatch the eggs of vipers and spin a spider’s nest….Their feet rush into sin…Their thoughts are evil thoughts; ruin and destruction mark their paths….our offenses are many in (God’s) sight and we acknowledge our iniquities.” Isaiah 59:2-5,7,12

The strongest example in the Old Testament of spiritual cleansing is the annual release of the Scapegoat on the Day of Atonement (Yom Kippur): 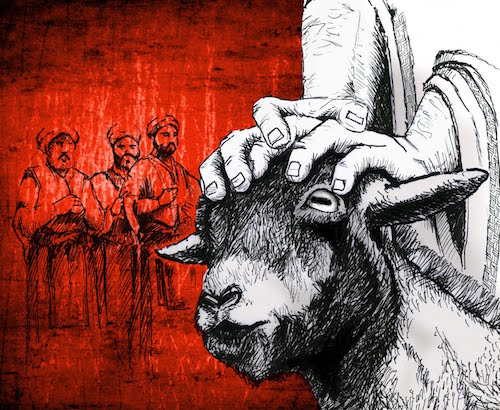 “When Aaron has finished making atonement for the Most Holy Place, the Tent of Meeting and the altar, he shall bring forward the live goat. He is to lay both hands on the head of the live goat and confess over it all the wickedness and rebellion of the Israelites—all their sins—and put them on the goat’s head. He shall send the goat away into the desert in the care of a man appointed for the task. The goat will carry on itself all their sins to a solitary place; and the man shall release it in the desert. Then Aaron is to go into the Tent of Meeting and take off the linen garments he put on before he entered the Most Holy Place, and he is to leave them there. He shall bathe himself with water in a holy place and put on his regular garments.” Leviticus 16:20-24

The Scapegoat, carrying in its body the collective sin of the Israelites, is, typologically, one who bears all the blame for something he did not do. The Yom Kippur Scapegoat, let loose to die in the barren desert, was released year after year after year. Sin could be put away for a time but it was not eliminated. After officiating at the sin/atonement ceremonies, the high priest would have to “bathe himself with water in a holy place” to cleanse himself physically from the spiritual filth of sin.
By the time of Christ, ceremonial cleanliness by water had become institutionalized into a purity ritual involving full immersion in a mikveh (or miqveh), a “collection of water.”

Mikveh purification was required of all Jews before they could enter the Temple or participate in major festivals. Hundreds of thousands of pilgrims converged on Jerusalem for Passover and other major feasts. One hundred mikvehs, attesting to the need for water purification before entering into Temple rites, have been found by Hebrew University’s Benjamin Mazar around the wall adjacent to Herod’s Temple. Mikvehs, resembling large bathtubs or small garden ponds, have been found in Jericho and elsewhere in Israel.

The ancient Jews tried to make sure their family’s mikveh was connected to a source of “living water” like a spring or well, but that was not always possible. Tap water could not be used as the primary source of water for the mikveh, but the rabbis decided you could “top off” the mikveh to a suitable level with a little tap water. The rule of thumb was that the mikveh should be big enough to hold 40 seahs of water. When asked how much volume a seah was, the rabbis said it was enough to fit 144 eggs. 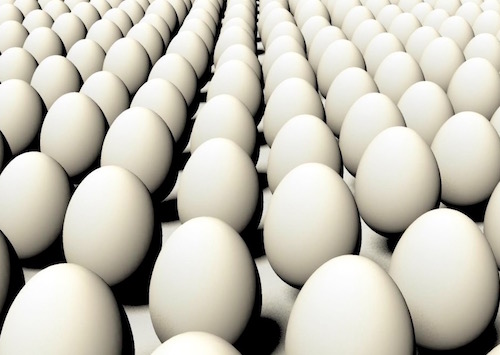 If there were less than 40 seahs of water (enough to hold 5,760 eggs) in a mikveh, you could not add even 3-4 more pints of water from an unnatural source because that would render the mikveh unfit for use. It would have to be drained and refilled. A simple ritual had been turned into a legalistic nightmare prefiguring the disputes of the Christians over methods of baptism.

It has been a temptation in all religions to replace the ritual for the reality it was meant to reflect. One rabbi had suggested that the mikveh contain enough water to cover the body of an average-sized man. There have always been sensible people.—Sandra Sweeny Silver 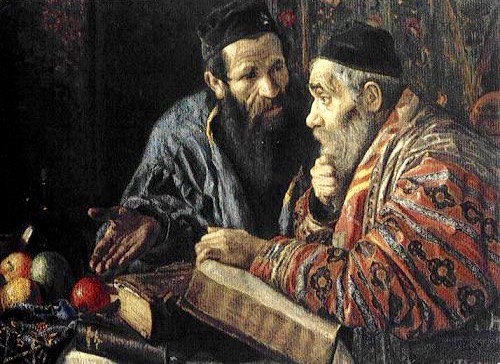