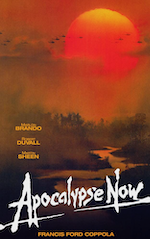 “Apocalypse Now” (1979)—The Greek word apokálypsis (meaning in English is “revelation/to pull the curtain away from.”) The last book in the New Testament is called Revelation or Apocalypse. English-speakers often refer to catastrophic events as “”apocalyptic.”

“Lilies of The Field” (1963)—“And why take ye thought for raiment? Consider the lilies of the field, how they grow; they toil not, neither do they spin.” Matthew 6:28 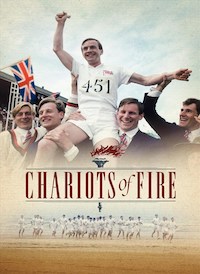 “Chariots of Fire” (1981)—Title of the movie comes from II Kings 6:15-17  “When the servant of the man of God rose early in the morning and went out, behold, an army with horses and chariots was all around the city. And the servant said, “Alas, my master! What shall we do?” He said, “Do not be afraid, for those who are with us are more than those who are with them.” Then Elisha prayed and said, “O Lord, please open his eyes that he may see.” So the Lord opened the eyes of the young man, and he saw, and behold, the mountain was full of horses and chariots of fire all around Elisha.

“Inherit the Wind” (1960)—“He who troubles his own house will inherit the wind, And the fool will be servant to the wise of heart.” Proverbs 11:29 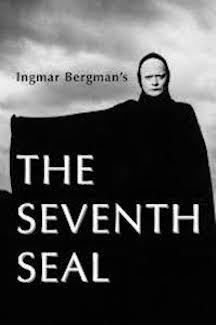 “The Seventh Seal” (1957)—Written and directed by the great Swedish film maker Ingmar Bergman. The seventh seal in the book of Revelation brings forth the seven angels. In the Revelation and all through the Bible the number 7 stands for completeness or perfection.

“When He opened the seventh seal, there was silence in heaven for about half an hour.” Revelation 8:1

“Go ye therefore, and teach all nations, baptizing them in the name of the Father, and of the Son, and of the Holy Ghost.” Matthew 28:19 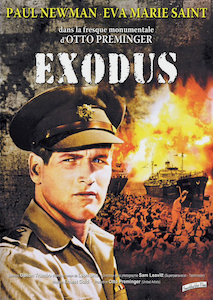 “Exodus” (1960)—From the book by Leon Uris. An “exodus” is the departure of many people from one place to another place. Most know the word from the EXODUS of the Jews from slavery in Egypt. The beginning of the Jewish Exodus is found in the the 2nd book in the Old Testament. Exodus 12:31—“During the night Pharaoh summoned Moses and Aaron and said, “Up! Leave my people, you and the Israelites! Go, worship the Lord as you have requested.”

“40 Days and 40 Nights” (2002)—Before His temptation, Jesus fasted “forty days and forty nights” in the Judean desert.

“After fasting forty days and forty nights, he was hungry.” (Matt 4:2)

BTW—Acts 3:1 says about Jesus:  “After his suffering, (Jesus) presented himself to them (the Apostles) and gave many convincing proofs that he was alive. He appeared to them over a period of forty days and spoke about the kingdom of God.”

.This writer’s favorite “religious movie” is Ben Hur iI was first made in 1923. The remake in 1959 is the movie that moves me the most.

Another influential religious movie is “The Ten Commandments” first made in 1923 and remade in 1956.

“I am the Lord your God, who brought you out of Egypt, out of the land of slavery. 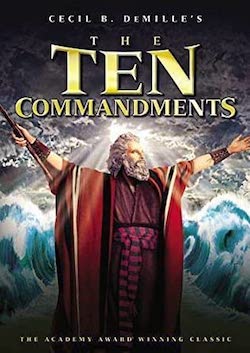 1. “You shall have no other gods before me.

2.  “You shall not make for yourself an image in the form of anything in heaven above or on the earth beneath or in the waters below. You shall not bow down to them or worship them; for I, the Lord your God, am a jealous God, punishing the children for the sin of the parents to the third and fourth generation of those who hate me, but showing love to a thousand generations of those who love me and keep my commandments.

3. “You shall not misuse the name of the Lord your God, for the Lord will not hold anyone guiltless who misuses his name.

4. “Remember the Sabbath day by keeping it holy. Six days you shall labor and do all your work, but the seventh day is a sabbath to the Lord your God. On it you shall not do any work, neither you, nor your son or daughter, nor your male or female servant, nor your animals, nor any foreigner residing in your towns. For in six days the Lord made the heavens and the earth, the sea, and all that is in them, but he rested on the seventh day. Therefore the Lord blessed the Sabbath day and made it holy.

5.  “Honor your father and your mother, so that you may live long in the land the Lord your God is giving you.

7.  “You shall not commit adultery.

9. “You shall not give false testimony against your neighbor.

Even though British law and American law were based on the Bible and its injunctions, the 21st century world in general is not attuned to the Bible and its laws. Maybe that is one of the reasons why there are very few popular Christian films being made? 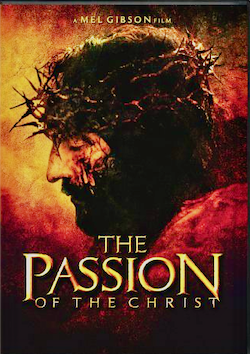 Some Christian films have attracted many, however: