My husband’s father, Edward Silver, though a Jew, was sent by his parents to a Catholic School in New Jersey when he was a young boy. He recounted to me how he, a left-handed one, had his left hand beaten with a  ruler by the nuns until he was forced to learn to write with his right hand.  The reason they gave was because left-handers are bad/sinister. When he was an adult, he could write with both his left hand and his right hand—he became ambidextrous—”able to perform tasks with right hand and left hand.”

Today Sinister means “giving the impression that something harmful or evil is happening or will happen.” Today Dexterity means “skill in performing tasks, especially with the hands.” 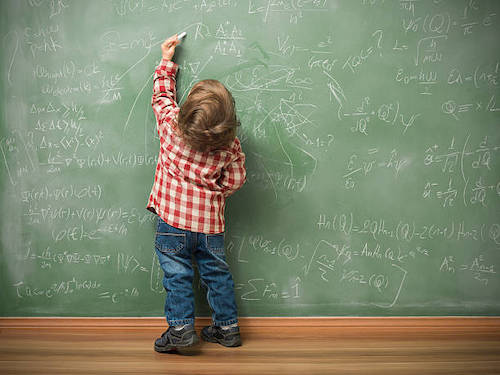 There is a saying: “If the right side of the brain controls the left side of the body, then only left-handed people are in their right minds.”

There was a group of soldiers in the Bible called the 700 Benjamites. The Bejamites and the Israeliites were gathering for a battle:

“From their towns they (the Benjamites) came together at Gibeah to fight against the Israelites. At once the Benjamites mobilized twenty-six thousand swordsmen from their towns, in addition to seven hundred able young men from those living in Gibeah. Among all these soldiers there were seven hundred select troops who were left-handed, each of whom could sling a stone at a hair and not miss.” Judges 20:14-16

In that particular battle the Israelites defeated the tribe of Benjamin. There is an irony here: the name Benjamin means “Son of (my) right hand.”

The story of Ehud and the king of Moab, Eglon, is one of the most read in the Old Testament. Moab had been ruling Israel for 18 years and the Israelites begged the Lord to deliver them:

“Again the Israelites cried out to the Lord, and he gave them a deliverer—Ehud, a left-handed man, the son of Gera the Benjamite. The Israelites sent him with tribute to Eglon king of Moab. Now Ehud had made a double-edged sword about a cubit long, which he strapped to his right thigh under his clothing. He presented the tribute to Eglon king of Moab, who was a very fat man. After Ehud had presented the tribute, he sent on their way those who had carried it. But on reaching the stone images near Gilgal he himself went back to Eglon and said, “Your Majesty, I have a secret message for you.”

The king said to his attendants, “Leave us!” And they all left.

Ehud then approached him while he was sitting alone in the upper room of his palace and said, “I have a message from God for you.” As the king rose from his seat, Ehud reached with his left hand, drew the sword from his right thigh and plunged it into the king’s belly. Even the handle sank in after the blade, and his bowels discharged. Ehud did not pull the sword out, and the fat closed in over it. 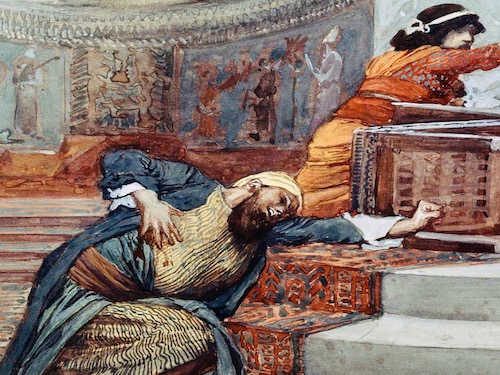 While they waited, Ehud got away. He passed by the stone images and escaped to Seirah. When he arrived there, he blew a trumpet in the hill country of Ephraim, and the Israelites went down with him from the hills, with him leading them.

“Follow me,” he ordered, “for the Lord has given Moab, your enemy, into your hands.” So they followed him down and took possession of the fords of the Jordan that led to Moab; they allowed no one to cross over. At that time they struck down about ten thousand Moabites, all vigorous and strong; not one escaped. That day Moab was made subject to Israel, and the land had peace for eighty years.” Judges 3:`15-30

In The Times there was an article  (can’t remember when) entitled “Why Left-handers  are the best fighters.” 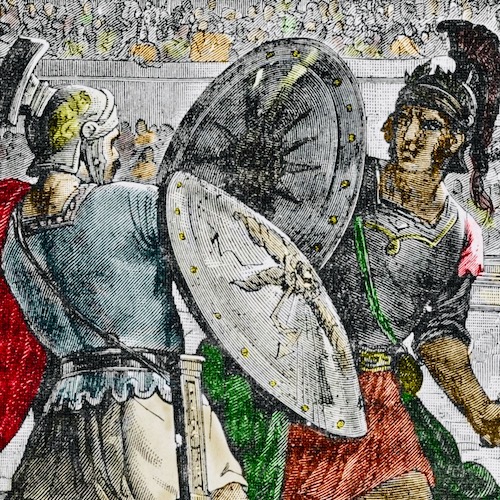 Prominent to this author, my husband, our family and many others is—our son Jesse who inherited his left-handedness from his grandfather Ed who had it beaten out of him at the beginning of this article.—Sandra Sweeny Silver