The following incident of honey poisoning happened in 410 BC. The cause of the poisoning was because the honey these Greek soldiers consumed was ONLY sourced from  rhododendron bushes. Rhododendron nectar/honey is poisonous to humans. The mercenaries had found the numerous tree hives, braved the stings and gobbled down the sweet treat. From Xenophon’s Anabasis 4.8: 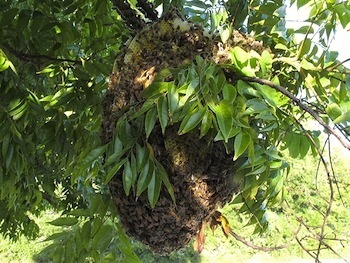 “Having prayed and sung the battle-hymn, the Hellenes (Greeks) advanced bravely up the mountain to meet the Colchians (people from Black Sea area), who seeing that they were outflanked, drew out their line to the right and left, leaving a gap in the centre, of which the Hellenes were not slow to take advantage. With a great about they pressed forward to occupy the vacant space, and when the Colchians saw that the two wings of their army were cut off one from the other, they betook themselves to flight. The Hellenes (the Greek army) then crossed the mountain-range, and came, on the further side, to some villages where they could rest and enjoy themselves at the expense of the enemy.

In this district there were great quantities of bees, but the honey which they made was of a  peculiar kind, and very poisonous. After eating it, the Hellenes were overcome with sickness, their senses left them, and they were unable to stand. Those who had eaten but little of the honey were like men intoxicated, while those who had eaten much became quite mad, and some of them appeared to be at the point of death. Hundreds lay on the ground unable to move, a prey to despair, just as if some great defeat had recently taken place. No one died however, and at the end of twenty-four hours they all recovered their senses. In three or four days afterwards they were nearly, if not quite, well again.”

Xenophon (c. 430-354) was one of the commanders of the 10,000 soldiers (remnants of the 100,000 who fought and died) in the Greek army that had to find their way back to Greece after a pyrrhic victory in Persia. The Anabasis is considered one of the great adventure stories in history. It was a 3,000 miles long and dangerous journey through hostile Persian territory. Although they were surrounded by enemies on all sides, the Greek soldiers’ reputation as vigorous warriors provided some protection and most returned to the coast of Asia Minor safely after a series of misadventures. 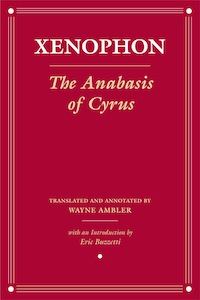 In the ancient classical world, Xenophon’s book was required reading for well-educated people, Christian and pagan. “Anabasis” means “The Trip Up Country.” When the Greeks finally made it to the Black Sea they cried, “thalatta, thalatta,” meaning “the sea, the sea.”

Their cry has resounded through history. James Joyce in Ulysses has Buck Mulligan say to Stephen Dedalus, as they look over Dublin Bay, “God! … Isn’t the sea what Algy calls it: a great sweet mother? The snotgreen sea. The scrotumtightening sea. Epi oinopa ponton. (“Upon the wine-dark sea”) Ah, Dedalus, the Greeks! I must teach you. You must read them in the original. Thalatta! Thalatta! She is our great sweet mother. Come and look.” And Joyce picks up Xenophon’s phrase again at the end of Molly Bloom’s incomparable soliloquy: “and O that awful deepdown torrent O and the sea the sea crimson sometimes like fire.” Iris Murdoch wrote The Sea, The Sea and won the Man Booker Prize in 1978. 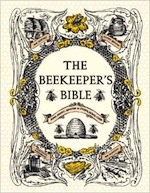 My daughter Kathy gave me the Beekeepers 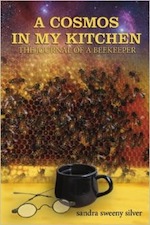 Bible, a must have for all those interested in bees and related subjects. I had an observation hive in our Connecticut kitchen and observed my bees for 7 years. It was some of the most rewarding years I have ever spent. My book, A Cosmos In My Kitchen, chronicles my experiences and observations.—Sandra Sweeny Silver

CLICK HERE for A Cosmos In My Kitchen at Amazon