In 1983 in the Sudan, the northern, fundamentalist Muslim government, the Khartoum, declared “holy war” (jihad) against the Christians in southern Sudan. As in all attempts at genocide, the object was to kill only certain people. In the last three decades the Janjaweed, the Arab-speaking Muslim militia, have killed 2 million Sudanese Christians and 4 million people have been displaced and are in refugee camps. 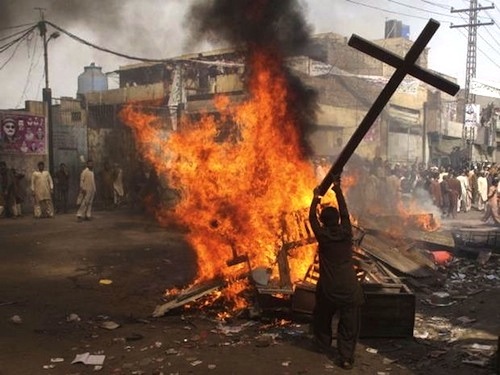 When the jihadists capture a Sudanese, they ask, “Are you Christian or Muslim?” If it is a man and he replies, “Christian,” he is slaughtered. Christian women are gang-raped, have their breasts cut off and are left to die as an example to others. In the days of Rome’s persecution of Christians, they were asked, “Are you a Christian?” If they answered, “I am a Christian,” they were killed. 2,000 years later Christians in the Sudan are martyred by their answer to that same question. 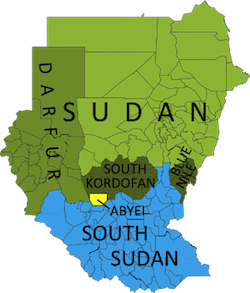 On July 9, 2011 the Republic of South Sudan was born in a ceremony attended by the head of the United Nations, dozens of heads of state and a quarter million southern Sudanese who sang and danced to a Christian hymn, “I Have Decided To Follow Jesus.”

Dr. Daniel Madit Thon Duop who had left the Sudan at age 13 returned on that day to live and to serve as a Christian surgeon in this new land of freedom. “Our crime of being a Christian in the United Sudan is over,” he cried. Not true, unfortunately. Northern Sudan continues to bomb, rape and kidnap Christians from South Sudan.

The radical group  Boko Haram, meaning “Western education is sin,” is an anti-Christian Islamist group in Nigeria dedicated to establishing Sharia (wide-ranging body of Muslim fundamentalist laws) in that country and cleansing it of Christians. Boko Haram killed over 600 Christians in 2011-2012. On August 7, 2012 three men from Boko Haram entered a Bible study in a Christian church in Otite, Nigeria and opened fire, killing at least 19 Christians at  the Deeper Life Church.

In the middle of the night of December 2, 2012 they slaughtered 10 Christians in Chibok, Nigeria and then burned down their houses. 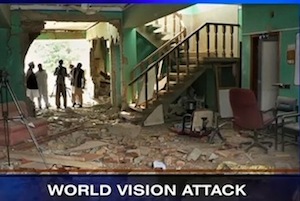 When World Vision, a Christian relief organization dedicated to working with children and the world’s most vulnerable people, was in Islamabad, Pakistan working with victims of the 2005 Kashmir earthquake that killed 80,000 people, its offices were broken into and six people were dragged one by one into a room and shot because the terrorists said that Christian aid organizations were “working against the tenets of Islam and hampering Islam’s efforts to raise their standard of living.” CBN.COM March 12, 2010

In most Muslim countries there are anti-conversion laws in effect. Such laws prohibit a citizen from converting from Islam to any other religion on penalty of imprisonment and/or death. These laws against “religious freedom” are strictly enforced by imprisonment or death in Afghanistan, Pakistan, Iran, Saudi Arabia and eleven other Muslim countries. Predominantly Hindu India, also, has anti-conversion laws.—Sandra Sweeny Silver