During the infant years of the Christian faith, society was divided into two classes: slave and free. That division had been in place as far back in history as organized communities can be traced. All ancient civilizations had slaves. The concept of slavery as immoral or abusive was nonexistent. There were slaves just like there were the four elements—fire, earth, air and water. To question whether there should be people who are owned by other people never occurred to the ancient mind.

In Hammurabi’s Code (c. 1792-1750 BC), engraved on a 7.5’ tall black basalt stone discovered in 1900 at the acropolis in ancient Susa, there were intricate laws regarding slaves: on the subleasing of slaves, on bearing children by slaves, on punishment of sassy slaves.

In the photo of the stone on the left (Louve, Paris), Hammurabi is at the top with his ring and staff depicting kingship.

Slavery could be imposed upon negligent landowners and even upon spendthrift wives. Runaway slaves were a constant problem in ancient Babylon:

“If any one receive into his house a runaway male or female slave…and does not bring it out at the public proclamation of the major domus, the master of the house shall be put to death.”

“If any one find a runaway male or female slave in the open country and bring them to their masters, the master of the slaves shall pay him two shekels of silver.”

Obviously, the only people in the ancient world who questioned slavery were the slaves. The Old Testament assumed slavery:

“If a man beats his male or female slave with a rod and the slave dies as a direct result, he must be punished; but he is not punished if the slave gets up after a day or two since the slave is his property.” Exodus 21:20. 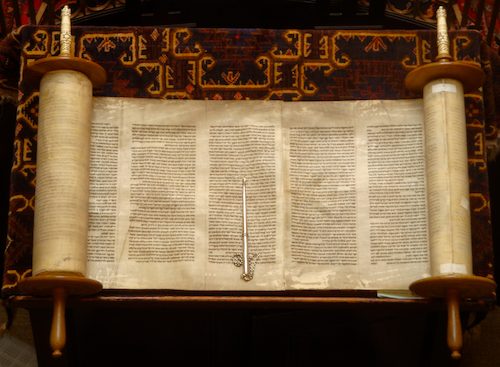 “Your male and female slaves are to come from the nations around you; from them you may buy slaves.” Leviticus 25:44

Aristotle (below right)), Plato and Socrates took it for granted that each household had slaves. In Nicomachian Ethics 8.11 Aristotle states:

Aristotle (384 BC-322 BC) was an ancient Greek philosopher and scientist. Along with Plato, he is considered the “Father of Western Philosophy”. 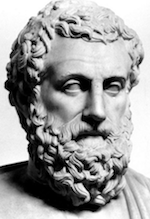 Those revered philosophers, considered the best the pagan world had to offer, encouraged humane treatment of slaves by reasoning that slaves who were treated well performed their work better than abused slaves. But as Aristotle stated, a slave and a master had nothing in common. There was no such thing as friendship or justice in the slave/master relationship because “a slave is a living tool and the tool is a lifeless slave.” Slaves were not human. To the man who co-founded Western philosophy slaves were just tools like hammers devoid of life.

The Augustan poet Horace (65-8 BC) who coined the still-popular Latin phrase carpe diem (“seize the day”) asserted a gentleman required ten slaves. Wealthy Romans owned many slaves: Senator L.P. Secundus in the 1st century AD had 400 slaves; the wealthy freedman Caecilus Isidorus (8 BC) who had once been a slave owned 4,116 slaves; Pudentilla, wife of Apuleius in the 2nd century AD, divided 400 slaves among her sons. The normal free Roman who lived a moderate to low-income life owned between one and ten slaves. The idea that the institution of slavery was wrong went unquestioned in the pagan world.

The slave as a tool and the right to have slaves were embedded in the laws of every people in the ancient world. The 2nd century AD legal jurist Gaius (left) writes: “Slaves are the patestas (those under authority) of their masters, and this is acknowledged by the laws of all nations.” Institutes 1.52

Slaveholding was accepted as the natural order of things for thousands of years. In all cultures there were never enough people to do all the work that needed to be done. Slaves were the work force. No citizen wanted to volunteer to dig in the copper mines or to build the temples or to hollow out the tunnels—for free. Who was going to pay 100,000 Egyptians to work eighteen-hour days to build Cheops his pyramid?

The origins of slavery are lost in the mists of time. But there had to have been a tribe who conquered another tribe and took their land, their possessions, their animals, their women, their children and their men as chattel, slaves, property. The victor’s tribe became stronger with this free labor. They could make more products to barter or to sell, dig more wells, breed more cattle and mount a stronger defense. They could become richer, more prosperous. The pragmatic and economic applications of slavery have always been its driving forces.

A census taken by the despot Demetrius Phalereus who ruled Athens from 317-301 BC found there were 21,000 Greek citizens, 10,000 foreigners and 400,000 slaves living in the city. Slaves outnumbered free people by more than 13 to 1. In Athens’ neighboring city of Sparta the “helots” or state-owned slaves outnumbered the Spartans 10 to 1. 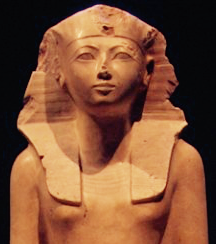 It is impossible to number the Egyptian slaves because we do not have textual or inscriptive evidence. But Thutmose II (right) (1493-1479 BC) returned from a campaign against Canaan with 90,000 captured soldiers who became slaves.

It is estimated that 40% to 50% of Roman Italy were slaves. Plautus, the Roman writer of comedies (254-184BC), refers to scores of slaves in his works: grooms, stewards, fowlers, singers, cooks, doorkeepers, hairdressers, masseurs. Cato the Elder (234-149 BC) in De Agricultura says that all agricultural work was done by slaves: swineherds, shepherds, ploughmen, managers. Rome and all ancient civilizations were undergirded, built and sustained by slave labor. 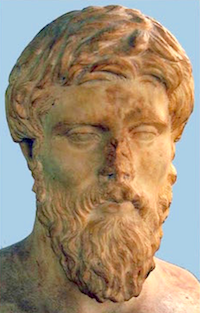 The Greek historian Plutarch (left) (c. 46-120 AD) in writing about the Roman general and politician Crassus advertently describes slaves as “the living tools of housekeeping:”

“(Crassus) had many silver mines and much valuable land, and laborers to work in it, yet all this was nothing in comparison to his slaves, such a number and variety did he possess of excellent readers, amanuenses, silversmiths, stewards and table waiters whose instruction he always attended to himself, superintending in person while they learned, and teaching them himself, as counting it the main duty of a master to look over the slaves, that are, indeed the living tools of housekeeping.” Lives, Life of Crassus 2.3

Even though some slaves were educated and had interesting jobs, slaves in Rome were at the bottom of the human heap. They were “speaking tools,” res mancipi, “a hand-bought thing”. Slaves were part of the property of a master along with his home, his cattle, his jewelry, his money and his personal possessions. They were considered corporeal moveable property that could be bought, sold, transferred or inherited. In sum, slaves ran back and forth doing every thing in the ancient world.— Sandra Sweeny Silver