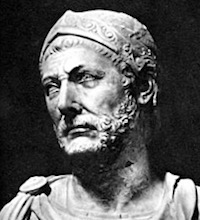 The Carthaginian General Hannibal Barca (247-183 BC) during the Second Punic War invaded Italy in 218 BC with 37 elephants and c. 43,000 soldiers and cavalry. The marble bust on the left, reputedly of Hannibal, was found at the ancient city of Capua, Italy.

Hannibal, as an historic General, is still studied for his tactics in modern times.

Hannibal took his soldiers and elephants over the Pyrenees mountains into Italy. 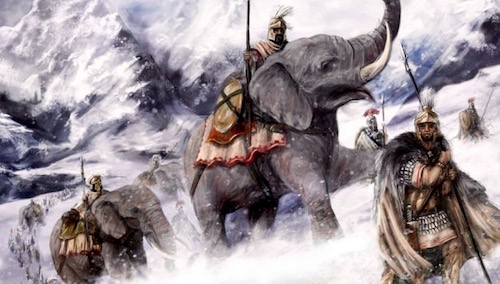 “At last, when men and beasts alike were worn out by their fruitless exertions, a camp was formed on the summit, after the place had been cleared with immense difficulty owing to the quantity of snow that had to be removed. The next thing was to level the rock through which alone a road was practicable. The soldiers were told off to cut through it. They built up against it an enormous pile of tall trees which they had felled and lopped, and when the wind was strong enough to blow up the fire they set light to the pile. When the rock was red hot they poured vinegar upon it to disintegrate it. After thus treating it by fire they opened a way through it with their tools, and eased the steep slope by winding tracks of moderate gradient, so that not only the baggage animals but even the elephants could be led down.” From the ancient Roman historian Livy (59 BC—17 AD) Histories 21.37

Below is a scientific explanation by Stanford University (copyright © 2007 Patrick Hunt) of how vinegar was crucial to that operation.

“…like many acids including low concentration hydrochloric acid used by field geologists everywhere, vinegar (acetic acid) reacts on carbonate rock, which can effervesce or even dissolve under acid applications, and this effect would be accelerated with the application of heat that would itself cause the rock to expand too rapidly and possibly split….Applying the different coefficients for vinegar and rock of thermal expansion and contraction….This differential of thermal contraction and expansion and reaction to boiling vinegar and heating and burning by fire would… work.”

“Vinegar” is from a combination of two Latin words—vin aigre, “sour wine.” Vinegar was made/created from wine. When an ancient wine got old/stale, it soured. Rather than throw it away, people used that sour wine to flavor their salads and other dishes as we do today.

The Speyer Wine Bottle (right) was discovered in Speyer, Germany in 1867 during the excavation of the tomb of a man and his wife. They had been buried with 16 bottles of wine. This bottle is the only one that miraculously still contained the-then-wine, the now vinegar. c. 300 AD

Wines hence vinegars have been around since at least 6000 BC. Vinegar was used as a condiment and for conservation by the Babylonians as long as 5,000 years ago. Traces of it also have been found in Egyptian urns from around 3000 BC. On Egyptian wall paintings are many representations of viticulture. 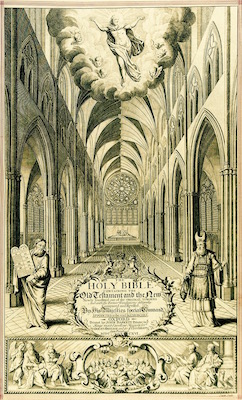 Believe it or not, there is a Holy Bible called “The Vinegar Bible” (left). John Baskett (1665-1742) was given the title “printer to the King’s most excellent majesty” in 1709. Mr. Baskett proceeded to publish in 1717 a richly-engraved Bible which he presented to the world. He was criticized for its flagrant errors and it was called “a Baskett-full of Errors.” Its name has come down to posterity as the “Vinegar Bible” because the words “Parable of the Vinegar” appears at the top of Luke 20:9 which contains Christ’s Parable of the Vineyard, not Parable of the Vinegar. Perhaps they called it the Vinegar Bible, also, because vinegar by itself is sour-tasting like they thought Baskett’s Bible was.

The Bible has numerous references to vinegar as well as wine. The most famous passage about vinegar is in Matthew 27:45-48 when Jesus was on the Cross: 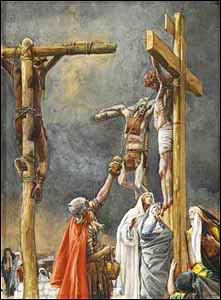 When some of those standing there heard this, they said, ‘He’s calling Elijah.’ Immediately one of them ran and got a sponge. He filled it with wine vinegar, put it on a staff, and offered it to Jesus to drink.”

Mark describes the scene in his Gospel in Mark 15:23 “And they tried to give Him wine mixed with myrrh; but He did not take it.”

The soldier was trying to do a good, humane thing for Jesus. Myrrh mingled with wine vinegar was often used as a sedative drink, a kind of primitive analgesic to dull pain. Jesus refused that drink because He did not want to be anesthetized by the myrrh. He bore the full load of our sins totally sane and in His right mind.

Another well-known mention of vinegar by those who study the Bible regards the vows a Nazarite had to take in Numbers 6:1-4:

“The Lord said to Moses, ‘Speak to the Israelites and say to them: If a man or woman wants to make a special vow, a vow of dedication to the Lord as a Nazirite, they must abstain from wine and other fermented drink and must not drink vinegar made from wine or other fermented drink. They must not drink grape juice or eat grapes or raisins. As long as they remain under their Nazirite vow, they must not eat anything that comes from the grapevine, not even the seeds or skins.’”

“Nazarite” comes from the Hebrew word נזיר nazir meaning “consecrated” or “separated”. The word denotes one who is separated from others and consecrated to God. Samson in the Bible was consecrated to God from the womb as a Nazirite by his mother and father, a certain man of Zorah, named Manoah. An angel announced to them Samson’s birth and tells the mother:

“Now therefore, please be careful not to drink wine or similar drink, and not to eat anything unclean. For behold, you shall conceive and bear a son. And no razor shall come upon his head, for the child shall be a Nazirite to God from the womb; and he shall begin to deliver Israel out of the hand of the Philistines.” Judges 13:4, 13, 14

In addition to abstinence from any alcoholic beverages or even touching any product of the grape, Samson as a Nazirite could not cut his hair or be in touch in any way with a corpse. Those who know the fascinating story of Samson and Delilah in Judges 13 know Samson was never drunk with any product of the grape. His downfall was his hair! Judges 16:17 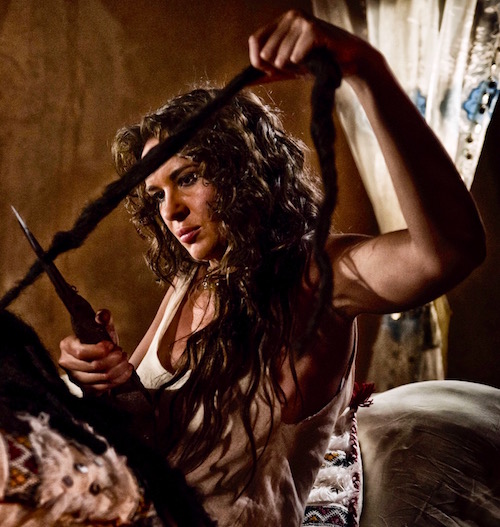 Among other Biblical verses mentioning vinegar:

“At mealtime Boaz said to her, ‘Come over here. Have some bread and dip it in the wine vinegar.’ When she sat down with the harvesters, he offered her some roasted grain. She ate all she wanted and had some left over.”

“I’m broken by their taunts,
Flat on my face, reduced to a nothing.
I looked in vain for one friendly face. Not one.
I couldn’t find one shoulder to cry on.
They put poison in my soup,
Vinegar in my drink.”

“As vinegar to the teeth and smoke to the eyes, so are sluggards to those who send them.”

“Like one who takes away a garment on a cold day, or like vinegar poured on a wound, is one who sings songs to a heavy heart.”

Christ is the Vine. We are the branches:

“I am the true vine, and my Father is the vinedresser. Every branch in me that does not bear fruit he takes away, and every branch that does bear fruit he prunes, that it may bear more fruit. Already you are clean because of the word that I have spoken to you. Abide in me, and I in you. As the branch cannot bear fruit by itself, unless it abides in the vine, neither can you, unless you abide in me. I am the vine; you are the branches. Whoever abides in me and I in him, he it is that bears much fruit, for apart from me you can do nothing.”