This name derives from the Ancient Greek “Evodías (Ευωδίας)”, meaning “he who follows a good road”. Saint Evodias is a saint in the Catholic Church. Very little is known of the life of St. Evodias. Seems he was a pagan who converted to Christianity due to the apostolic work of Saint Peter in Antioch.

Some publish articles on a Bishop Evodius who in the early 400’s  wrote letters to Saint Augustine asking him questions.

Example: “Letter CLXIII. a.d.414 To Bishop Augustin, Bishop Evodius Sends Greetings:” “…I ask also a fourth question: Who are those spirits in reference to whom the Apostle Peter testifies concerning the Lord in these words: “Being put to death in the flesh, but quickened in the spirit, in which also He went and preached to the spirits in prison?” giving us to understand that they were in hell, and that Christ descending into hell, preached the gospel to them all, and by grace delivered them all from darkness and punishment, so that from the time of the resurrection of the Lord judgment is expected, hell having then been completely emptied. What your Holiness believes in this matter I earnestly desire to know.”

Wish a lot of us could have had St. Augustine’s answer to that question. But this Bishop Evodius was centuries away from the Disciple of Christ, Bishop Evodias, in the first century Church in Antioch.

“So Barnabas went to Tarsus to look for Saul; and when he had found him, he brought him to Antioch. For a whole year they met with the church, and taught a large company of people; and in Antioch the disciples were for the first time called Christians.” Acts 11:25-26

It is asserted in all worthy articles about EVODIAS that he was the first Bishop of Antioch appointed by Peter when he left Antioch c. mid-50’s. Peter had founded the Church in Antioch in the early 40’s AD and probably brought Evodias to the Lord.  Evodias was such a great Christian man that Peter left him in charge of the church in Antioch as its first BISHOP—from Late Latin episcopus, from Greek episkopos  meaning “watcher, (spiritual) overseer.”

It is agreed that the first Bishop of Antioch Evodias gave the name “Christians”, meaning “followers of Christ,” to the growing Christian community in Antioch.

This writer was amazed when she read that assertion over and over again in her study of Evodias. I have always wondered who in Antioch first proclaimed or thought up or used the word “CHRISTIAN” for believers.

The Orthodox Church teaches that EVODIAS died a martyr’s death in the year 66 under the Roman emperor Nero. One of the 70 Disciples of Christ named Evodias, “he who follows a good road,” followed his Savior Jesus Christ on the “narrow road that leads to life.”  Matthew 7:13-14 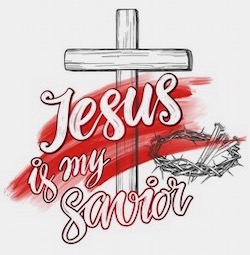