“Their end is destruction, their god is their belly, and they glory in their shame, with minds set on earthly things.” Philippians 3:19

As I entered the buffet at our friends’ country club, I was astonished at the many rooms full of foods of all kinds and categories available to us. It was, indeed, a “Lucullan feast.” 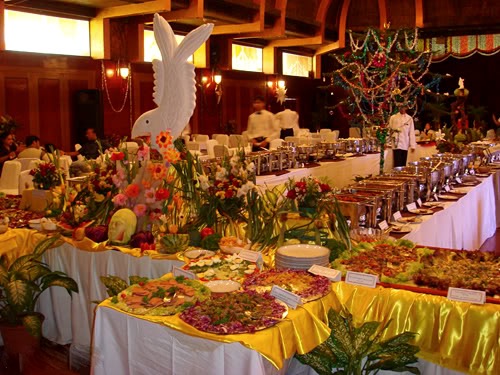 Even though the Roman General Lucullus (118-56 BC) has been dead for over 2,000 years, his name still lives through the adjective “Lucullan” meaning “extremely luxurious, especially of food.”

One might infer from that adjective, “Lucullan,” that Lucullus was a wastrel, a totally self-indulgent ancient like Apicius or the Roman Emperor Vitellius. 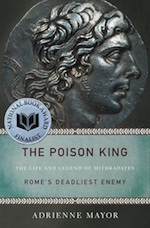 In his young years Lucullus was a powerful, respected Roman General who finally defeated Mithridates VI (right) in the last of the three Roman wars with Mithridates the Great (in 63 BC). Ancient historians and politicians praised Lucullus and studied him for his clever campaigns.

But, there’s a “but” in his older years. But because he had amassed such a great fortune as a general and because he did not have a particularly happy married life and, most importantly, because HE COULD, he became one of ancient history’s most lavish spenders on FOOD, among other things.

Plutarch in his book Parallel Lives: Lucullus 38-41 recounts Lucullus’ love of food and entertaining. Most of the article will be based upon Plutarch’s account because, as I have indicated before in articles: I trust writers who were there or near events to best describe ancient events or people:

“Crassus and Pompey, on the other hand, ridiculed Lucullus for giving himself up to pleasure and extravagance, as if a luxurious life were not even more unsuitable to men of his years than political and military activities. And it is true that in the life of Lucullus, as in an ancient comedy, one reads in the first part of political measures and military commands, and in the latter part of drinking bouts, and banquets, and what might pass for revel-routs, and torch-races, and all manner of frivolity….

“Cicero and Pompey came up to (Lucullus) as he was idling in the forum. Cicero was one of his most intimate friends, and although the matter of the command of the army had led to some coolness between him and Pompey, still they were accustomed to frequent and friendly intercourse and conversation with one another….

“Accordingly, Cicero saluted him, and asked how he was disposed towards receiving a petition. ‘Most excellently well,’ said Lucullus, and invited them to make their petition. ‘We desire,’ said Cicero, ‘to dine with you to‑day just as you would have dined by yourself.’ Lucullus demurred to this, and begged the privilege of selecting a later day, but they refused to allow it, nor would they suffer him to confer with his servants, that he might not order any thing more provided than what was provided for himself. Thus much, however, and no more, they did allow him at his request, namely, to tell one of his servants in their presence that he would dine that day in the Apollo dining room. 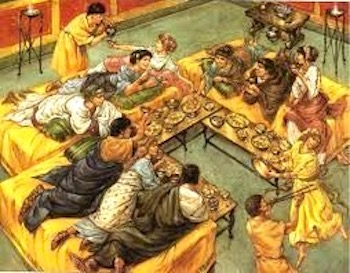 “Now this was the name of one of his costly apartments, and he thus outwitted the men without their knowing it. For each of his dining-rooms, as it seems, had a fixed allowance for the dinner served there, as well as its own special apparatus and equipment, so that his slaves, on hearing where he wished to dine, knew just how much the dinner was to cost, and what were to be its decorations and arrangements. Now the usual cost of a dinner in the Apollo was fifty thousand drachmas, and that was the sum laid out on the present occasion. (c. $90,000.) Pompey was amazed at the speed with which the banquet was prepared, notwithstanding it had cost so much. In these ways, then, Lucullus used his wealth wantonly, as though his wealth was in very truth a Barbarian prisoner-of‑war…. 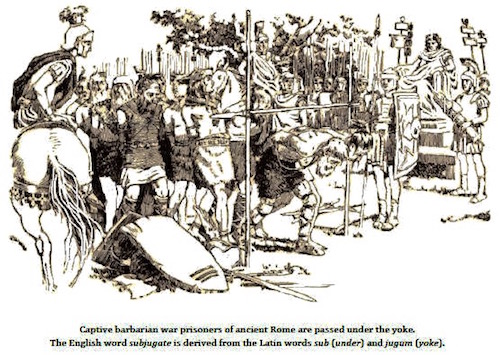 “The daily repasts of Lucullus were such as the newly rich (nouveau riche) affect. Not only with his dyed coverlets, and beakers set with precious stones, and choruses and dramatic recitations, but also with his arrays of all sorts of meats and daintily prepared dishes, did he make himself the envy of the vulgar (the people)…. 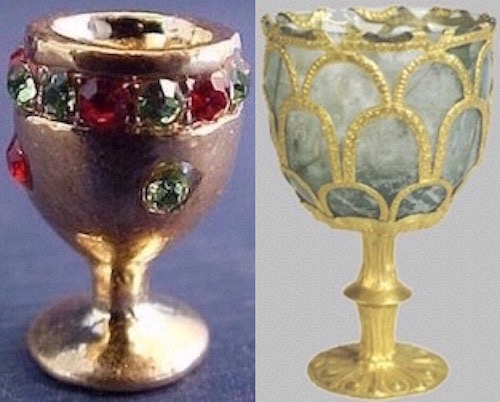 “Moreover, that Lucullus took not only pleasure but pride in this way of living, is clear from the anecdotes recorded of him. It is said, for instance, that he entertained for many successive days some Greeks who had come up to Rome, and that they, with genuinely Greek scruples, were at last ashamed to accept his invitation, on the ground that he was incurring so much expense every day on their account; whereupon Lucullus said to them with a smile, ‘Some of this expense, my Grecian friends, is indeed on your account; most of it, however, is on account of Lucullus….

“And once, when he was dining alone, and a modest repast of one course had been prepared for him, he was angry, and summoned the servant who had the matter in charge. The servant said that he did not suppose, since there were no guests, that he wanted anything very costly. ‘What sayest thou?’ said the master, ‘dost thou not know that to‑day Lucullus dines with Lucullus?’”

“It is not good to eat much honey, nor is it glorious to seek one’s own glory.” Proverbs 25:27

When you, dear reader, are alone, do you dine on what you really want (lobster, filet, truffle mushrooms) even though your dinner is expensive and you would have to travel a half an hour to get it? Or do you just make yourself a cheesy grilled cheese sandwich, my choice. And do you say, “Tonight I dine with myself and I’m having exactly what I want.”—Sandra Sweeny Silver 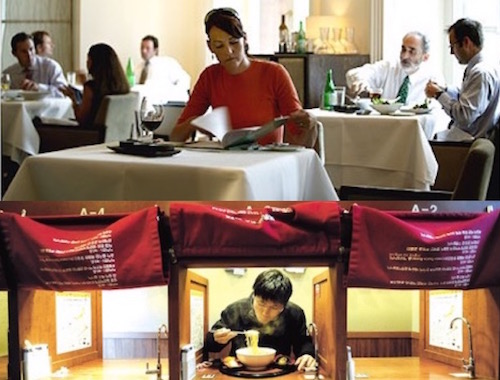