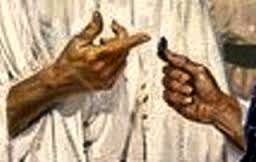 “So the spies (for the teachers of the law and the chief priests)…questioned him (Jesus), saying, ‘Teacher, we know that you speak and teach correctly, and you are not partial to any, but teach the way of God in truth. Is it lawful for us to pay taxes to Caesar, or not?’ But He detected their trickery and said to them, ‘Show me a denarius. Whose likeness and inscription does it have?’ They said, ‘Caesar’s.’ (Caesar at that time was Tiberius.) And He said to them, ‘Then render to Caesar the things that are Caesar’s, and to God the things that are God’s.’ And they were unable to catch him in a saying in the presence of the people; and being amazed at his answer, they became silent.” Luke 20:21-26 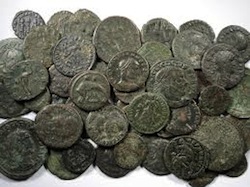 Whether you were male or female, rich or poor, white, brown or black, Christian, Jew,  Roman or Barbarian, if you “belonged” to Rome, you had to pay taxes to Rome. In order to find those eligible for taxes and to collect all the various taxes, the Romans had “the tax man.” 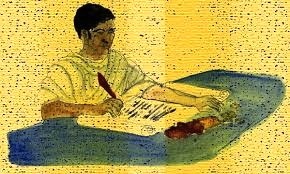 The “taxman” was called a “publicanus” meaning “public revenue.” Publicans bid at the Roman Senate open auctions for the right to collect taxes for a certain city or area under Rome’s rule. The publican’s bid was commensurate with what was thought to be the possible income from that place. If he bid on Jerusalem, the income would be high and his bid was high. If he bid on the small fishing village of Portofino, the incoming revenue would be small and his bid would be small. He made his money by making sure the expected revenue exceeded his bid. He paid the government the bid and pocketed the rest.

Publicans came to be associated with the people’s hatred of Rome in addition to being a civil imposition. The Jews particularly saw Roman taxes as a tribute to a god they hated (Caesars were all declared gods) and as a symbol of their slavery to Rome. In the New Testament “publicans and sinners” are lumped together and Jewish publicans  were especially hated by their fellow Jews. Jesus, shockingly, associated with and accepted all levels of Jewish  society, even the ostracized publicans and sinners:

“When the Pharisees saw this, they asked his disciples, ‘Why does your teacher eat with tax collectors (publicans) and sinners?’”  Matthew 9:1

“When the teachers    of the law who were Pharisees saw him eating with the sinners and publicans, they asked his disciples: ‘Why does he eat with tax collectors and sinners?’” Mark 2:16

Jesus was not the long-prophesied Messiah that would throw off the Roman yoke and usher in the new Golden Age for the Jews. In the opening passage when He tells the Jews to “render unto Caesar the things that are Caesar’s,” he was telling them to pay their taxes.

When the Roman Empire was dying in the late 200’s and early 300’s, their financial resources had been stretched to the limit. They were spending a substantial part of their revenue on people “on the dole” who received from the State free oil, grain, meat and often wine. The cost of militarily maintaining order and repelling invasions on their far-flung borders was enormous. Immigrants kept flooding into Rome and the cost of housing and feeding them was draining the treasury. The State had raised taxes on the wealthy so high that many fled their homes and settled in far away foreign lands.

During the final death throes of the Empire, Emperor Galerius (reigned 305-308) imposed a higher capitation tax (from the Latin word “caput” meaning “head”) on each person in the Empire. Surveyors would arrive on a person’s property and measure every spot of land, number all the vines and fruit trees and make lists of all animals and their kinds in order to tax the assets of a landowner. Slaves were beaten to extract information on hidden assets of their masters. Wives were tortured to bear witness against their husbands and sons were strapped to the rack to force them to reveal their fathers’ assets. Imaginary assets, given under torture, were entered into the books and were taxed as real assets. The head tax was imposed on a sliding scale on every one in the Empire including children and babies. The people were further outraged when the rulers levied a “death tax” not only on those who had died but, also, on their dead animals. It was said, “We cannot live or cease to live without being subject to taxes.” When Galerius was confronted with mendicants who could not pay any tax, he caused them to be assembled in groups, put them in boats and sunk the boats because, as he said, he had compassion on them and did not want them to remain indigent. This draconian action, also, insured that none, under the pretext of poverty, should elude the capitation tax. There were riots in Rome and Carthage. The Roman Empire and its olio of peoples were worn out by centuries of constant fighting and imperial vagaries and were worn down by the weight of taxes, quixotic laws and the personal tolls exacted by just being “the Roman Empire.”—Sandra Sweeny Silver